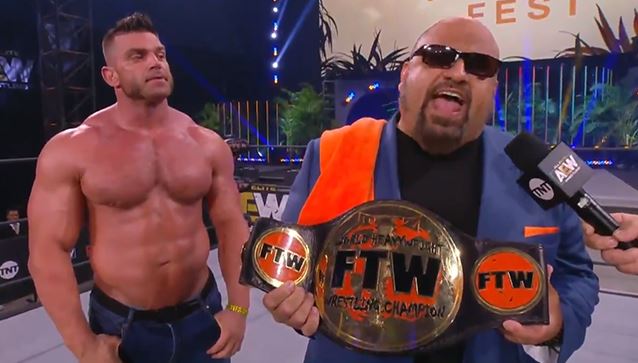 There’s two sides to every story, both in life and in professional wrestling.

The year of 2020 will probably have books written about it from each category, how society ramped up like an Ultimate Warrior promo, and how the professional wrestling business had to adapt to very different circumstances, navigating through the business obligations of television while COVID puts the entire world in an ankle lock. I penned an article just a few weeks ago and explained why I think it’s time for sports entertainment to tap out. The nearly two dozen positive corona virus tests at the WWE Performance Center, where the company has filmed TV for months should’ve been the reason to shut down tapings until the pandemic doesn’t have new cases reported. It sounds like a drastic decision, but as I’ve said before, is the scripted world of professional wrestling really worth the risks associated with the corona virus?

All Elite Wrestling is also in a very unique situation because they celebrated their first year as an organization in May, but are also running in Florida, a state that is currently reporting a record number of cases. From purely a business prospective, the pandemic halted much of the momentum that AEW was building as far as brand awareness because for the first time since WCW, an organization outside of the WWE was drawing major crowds on a weekly basis in different markets. The ability to draw that type of consistent live audience and how the stars of AEW used their popularity on social media and translated it to revenue are remarkable accomplishments that can’t be understated. That being said, without the AEW name on the road, there’s less exposure for the brand on a more general level because causal fans that might not know to look for it on TNT might recognize wrestling when they see advertisements for events in local markets. Speaking of things that can’t be understated, the ability to get the name exposure on the road is key, which we saw with TNA, a group that took their show on the road and it was so poorly advertised that most fans within the area didn’t know an event was taking place, leading to some embarrassing attendance figures. The point being, if you can get fans to invest in a ticket to a live event, aside from the revenue stream, it’s an indication of if there’s a market for the product and something that fans want to pay to watch.

Aside from the business perspective, I’d say the same thing about AEW that I said about WWE, it’s time to tap out on live events until the pandemic doesn’t have new cases, especially because of the risk of events. However, that point is moot because neither company will halt production so they will continue to try to make the best of the situation. While the WWE’s “Eye for an Eye” match ironically has fans rolling their eyes at the lame stipulation, and the recent shake up among the writing team shows that WWE brass is attempting to find a better direction for the product, AEW hasn’t been perfect either.

In fact, as much as I’m cheering for AEW to be successful, I think it’s fair to say that there has been some questionable booking for the Khan-owned project as well. Tonight’s edition of Fight for The Fallen brings Jon Moxley back from quarantine after his wife, Renee Young tested positive for the corona virus. Thankfully, Renee has recovered and Moxley didn’t get the virus, but stayed home as a precaution. Moxley defends his title against Brain Cage, who won a title shot during the ladder match at Double or Nothing. As I said at the time, I’m not a fan of Cage, as he was injury prone in the past, and his matches are rather sloppy. Outside of the look, I don’t know what Cage brings to the table that others already on the roster don’t perform better than him. Truthfully, despite him winning the title shot at the pay-per-view, it seems like they are rushing him toward the match with Moxley, and unless he wins the belt, there’s not really another direction he could go after the match. That being said, Taz has done very well as a spokesman for Cage, and the work he is doing with it is what should’ve happened with Samoa Joe in TNA if the booking of that particular angle wasn’t fumbled.

Last week, Taz awarded the FTW title to Cage, which was a neat concept that got people talking, but it seems like they put the cart before the horse in some respects. Cage now goes into the title match with a belt, but if he’s defeated, what’s the point of still calling himself a champion? On the flip side, if he wins the AEW title, why would he continue to show up with an unofficial championship? If Cage lost the title match via DQ or something that was considered a fluke, the segment where he becomes the FTW titleholder afterward makes sense because the creation of the belt was originally meant as a way to rebel against a company. Cage didn’t get a perceived fair shot at the AEW world so he will proclaim himself the FTW champion as a way to stick it to the promotion. But, the reveal last week sounded more like a segment that was simply booked as a way to give Taz and Cage a reason to cut a promo on TV than a way to truly build the storyline toward the title match. Either way, I don’t think Cage wins and it probably wouldn’t be a wise decision at this point anyway so I’m not sure where he goes after his run in the company more or less started near the main event scene. Brodie Less was somewhat rushed toward a title shot and lost considerable steam since that time so it’s possible Cage in the main event picture could be a one-off angle.

Other than being less than thrilled about Cage in the title picture, I’m very disappointed with how FTR has been booked since their arrival in the organization. As I said after their debut, when FTR showed up in an AEW ring, there should’ve been a confrontation because there’s no reason to tease the tension when the tension was built for the past four years on social media. Anyone watching Dynamite knows why it’s a major moment for FTR to be in the same ring with The Young Bucks so there should’ve been an attack on The Bucks the night FTR showed up to allow for a stand out moment. Instead, their tenure in AEW so far has been middle of the road so to speak, which has completely diluted the perceived real-life tension between the teams.

The eight man tag team match last week was a dazzling spot fest and was entertaining from purely an in-ring perspective, but why would FTR agree to be on the same team as The Young Bucks? It’s completely illogical and again, it dilutes the heat of the feud. For as much as WWE has fumbled stars and angles that were considered “can’t miss” opportunities, AEW has really dropped the ball with FTR. Sure, Cash and Dax had great matches on Dynamite since their debut, but haven’t done anything of substances as far as angles yet, which was exactly the problem they had in WWE. In some scenarios, the easiest path is the correct path, and a Young Bucks/FTR feud should be easy money. Perhaps, there will be a major segment sometime soon to kick start an actual feud between the two teams, but so far it’s been disappointing, only because there’s so much more that could be done between the two stellar teams.

In an effort not to be completely negative, there are a few intriguing aspects of Dynamite in recent weeks, most notably the depth being added to Orange Cassidy, which was important because the almost expressionless aspect to his persona can only take him so far, and he has the in-ring skills to be a major player so it makes sense for him to evolve on television. Obviously, the greatness of Chris Jericho continues to shine through with how he showcased Cassidy throughout their feud on TNT. I’ve said it before and I will say it again, all things considered, Chris Jericho has put himself in a league of his own in some ways with his work during the past few years. Also, the open challenge for the TNT title has been interesting, but it could be taken to a different level if non-AEW talent get a chance to appear on the show as well. All that being said, it will be very interesting to see what happens at Fight for the Fallen and the direction of the company. 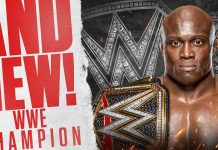 What WWE Should Learn From Lashley