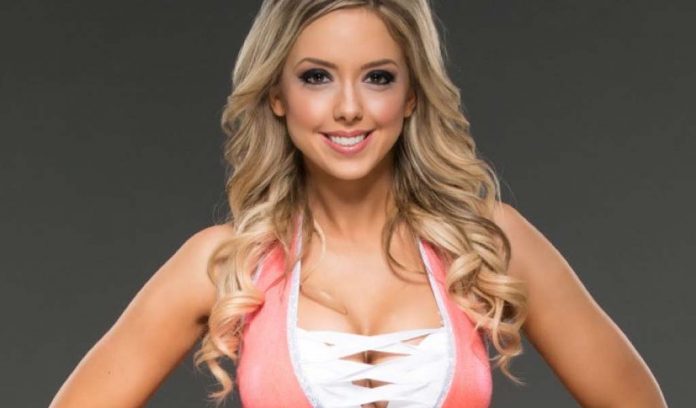 Fans were taken by surprise this week that Allie has left IMPACT Wrestling for All Elite Wrestling. The 31-year-old, who has held the Knockouts Champion on two occasions, announced Thursday via social media that she has signed with AEW.

I am SO excited to announce that I have officially signed with @allelitewrestling!!!! ?♥️

Allie’s announcement came shortly after she was revealed as AEW’s latest talent acquisition on the latest episode of The Road to Double or Nothing. Brandi Rhodes introduced Allie during a meeting and she is shown getting fitted for some new ring gear. Allie then talked about her journey in wrestling.

Allie joining AEW is quite surprising since IMPACT Wrestling has her listed as an active Knockout and she’s regularly featured on television. There was an angle on last week’s episode of iMPACT! where Rosemary pleads for Allie to shed her “dark” persona and bring back “The Bunny.”

It was not Allie’s decision to leave IMPACT. According to Mike Johnson of PWInsider, Allie’s contract recently expired and organization officials notified her in January that they would not be renewing it. She made her final appearances at last month’s TV tapings in Las Vegas, Nevada and became free to join AEW.

While Allie was well-liked in IMPACT, management wanted to “refresh the roster” and as a result, decided not to keep her. A lot of people in the company praised her work to Johnson, especially her attitude at the last set of TV tapings. She worked hard and had a great attitude despite being put into a difficult situation where she knew she was leaving.

Allie pretty much kept the news to herself as her leaving IMPACT for AEW took a lot of people in IMPACT by surprise.