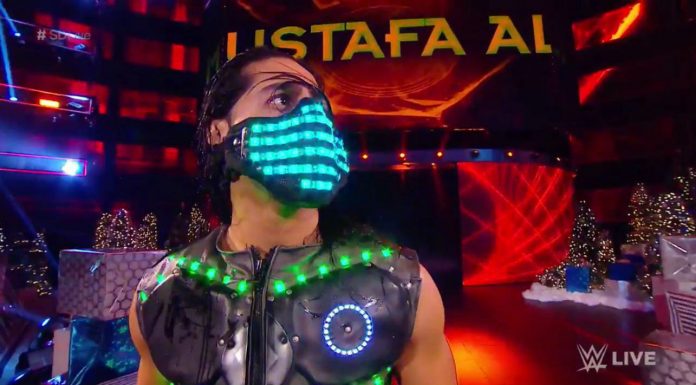 In an interview with TalkSport.com, Mustafa Ali talked about what led to him getting his big break on Smackdown Live:

“I’ll never know the full story because Daniel is not the type of guy that would put his hat on anything,” Ali started. “That’s the kind of guy he is. But, the way it went down was I showed up to TV one day and I was told ‘Hey, don’t get your hopes up, it’s a one time deal, but you’re working Daniel Bryan on SmackDown. It’s just to highlight you and the 205 Live division, it’s a one-time deal. It’s an opportunity, but don’t get any ideas! You’re not getting moved to SmackDown’.

“So we went out there and had this once in a lifetime – I thought – match with Daniel Bryan and I came back, it was a positive reception and what not, but it wasn’t until the following week till I came back to TV that I was told ‘Hey, we’ve made the decision to move you over to SmackDown, you’re going to be a full-time member and you’re in the main event of the night,’ so it was a lot to take in in two weeks. Thinking that you kind of have this opportunity to show people what you’re made of, to ‘OK, not only do we want to see what you’re capable of but we’re also putting you in the mix.'”

“As far as Daniel’s involvement in it, I’ve heard a bunch of different stories, but I refuse to believe anything other than Bryan saw I was capable of doing or he wanted to give back because Bryan himself is a guy who struggled at cruiserweight just like we did,” Ali continued. “You know, smaller guys, work-rate guys, guys that might not get the best story or chance to show personality and he saw whatever he saw and I was fortunate enough to work him. I would directly say if Daniel Bryan wasn’t involved I wouldn’t be where I’m at right now.”