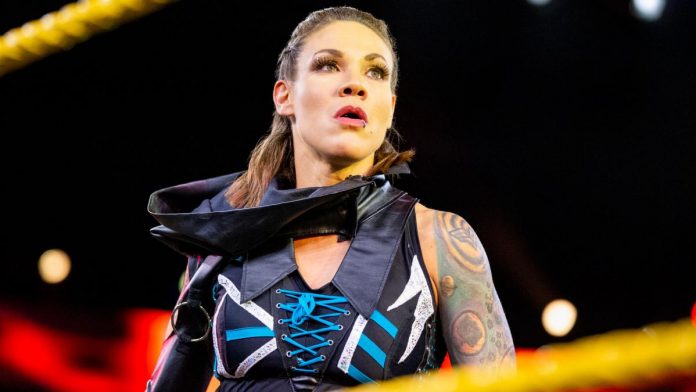 The headlines continue this week in the world of professional wrestling, as 12 wrestlers from the NXT roster were released, the latest round of cuts that are designed to trim the budget and pad the profit margin. The rumor mill suggests that the releases over the past several months, most recently the exit of Bray Wyatt, are based on the recommendations of WWE executive, Nick Khan, who worked on the Peacock deal to secure the company an estimated $1 billion contract to give the streaming rights to NBC for five years. Within the past few years, particularly since the organization signed their massive TV contracts with USA and Fox respectively, an opportunity that was there more because of the climate of the television business than a demand for sports entertainment, the “corporate approach” had a noticeable effect on the on-screen product. We’ve discussed it previously, but it’s much easier to book Bill Goldberg for a pay-per-view, another way to get the short-end money on the table, than it is to build a legitimate money-drawing star. The theory of short-end money is a continuous theme because it seems like WWE brass is trying to cash-in now to boost the stock price without anything to build for the future. An example being the controversial Saudi shows, where the Saudi government is willing to pay millions of dollars for stars of the past, and that payoff increases the company’s profitability so it looks great for the shareholders. On-screen, the angles on television become disjointed because random storylines are shoehorned into the program and require the investment of TV time just to accommodate the Saudi shows. The result is, it’s a great deal for the older talent that make the big paydays from the Saudis and the company because it helps the stock price, but it doesn’t do anything to build for the future.

I’ve said it many times, it’s ironic that the WWE arguably has the best roster in the history of the company in terms of in-ring talent, but might be at a near all-time low as far as star power. You have to ask, who legitimately moves the needle on the current WWE roster? Roman Reigns to some level, but nothing earth-shattering. Take into account that management brought in Goldberg and John Cena for the Summer Slam event that will be held at the 65,000-set stadium. Realistically, who on the full-time roster could sell that number of tickets?

This is why the “corporate approach” to professional wrestling hasn’t worked, and World Championship Wrestling is the prime example of it, but WWE developed some of the same pattern.

A corporate suit will just look at the numbers on the page and attempt to determine the entire measure of success. Professional wrestling, despite its legitimate athleticism, isn’t as cut and dry as other consumer products. The WWE product isn’t as simple as how many cans of Coca-Cola or Pepsi were sold this month. Similar to another forms of entertainment, pro wrestling has a level of an art form to it and there are certain intangibles that translate to drawing revenue. Robert De Niro is a main event draw, while Rob Schneider gets squashed in the opening dark match so it spans across the board of entertainment that commodities aren’t interchangeable parts. Unfortunately, as I’ve talked about the past few years, too often, particularly with the infamous 50/50 booking style, the vast majority of the WWE roster are used as interchangeable figures because the brand is promoted a head of any individual star. That looks great for the stock portfolio, but it creates a ceiling for how over any specific competitor can get on the roster and thus the revenue they could draw for the company.

It’s very disappointing, but these NXT releases were nothing more than a way to add to the profit margin so it’s not really a statement about the talent of any of the athletes. There were a dozen wrestlers fired, but the majority of them weren’t really given a chance to do much within the WWE system so again, their time in WWE isn’t necessarily an accurate assessment of their ability. Ari Sterling, who made his name on the independent circuit as Alex Zayne, is an incredible athlete, but his time on 205 Live had as much exposure as the witness protection program so did he really get a chance to make a name for himself in WWE? Bronson Reed was the NXT North American champion just over a month ago, why release him after the company invested the TV time to push him as one of the featured wrestlers on the brand? Bobby Fish is a very good in-ring worker, but had some injuries and considering his age, he might be near the conclusion of his career. Mercedes Martinez is an absolute pro and deserved a better chance than what she had during her stint in WWE. The association with the infamous Retribution stable did nothing to help her career. Molly Holly was recently hired as a producer for the company, and considering her experience, Martinez would probably work well in the role, too.

Again, the majority of the names releases were just names on a paper, and that broad approach leads to missed opportunities and underutilized talent. Attempting to run a company with the ideological that wrestlers are just interchangeable names on the card was the Jim Herd approach in WCW and we all know how well that theory worked for the former Pizza Hut executive. The biggest point to be made here is with all these cuts designed just to add to the profit margin, you have to wonder how much is the WWE risking its future for the easy money now? What happens when the current TV deals expire and the company doesn’t have the safety net? Finally, if a dozen wrestlers from the NXT roster can be released, it shows the lack of value and importance the company has for the brand.