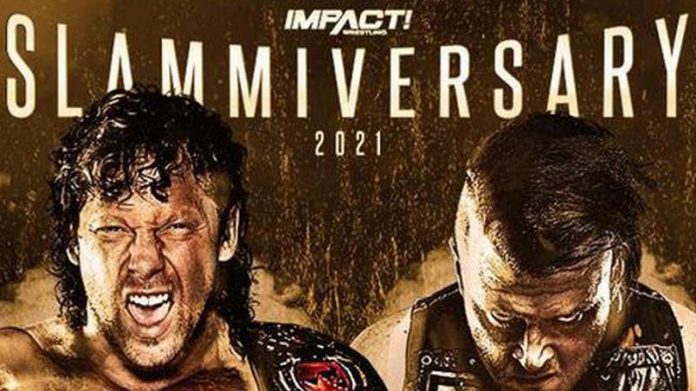 Last night, Slammiversary, one of Impact Wrestling’s signature events took place on pay-per-view, with the promotional push of surprises booked on the card, something that the organization delivered during the broadcast. At the same time, advertising surprises in advance somewhat defeats the purpose of an actually surprise, but company needs to get the wrestling public talking, and they certainly did at the conclusion of the event.

The Ultimate X match followed the usually formula of an X-Division opener and it’s a pattern that works since it was yet another occasion that it got the show off to a good start. Sure, it was a stunt show, but it provided solid action and that was the point of the stipulation. It’s not as though the Ultimate X was created to be based on traditional wrestling psychology so the spot fest designed for the match. Josh Alexander retained and for now, that’s a wise decision since it puts a spotlight on him. However, as I’ve written before, I think Alexander has all the tools to be a main event level performer so hopefully when the title picture has a spot open, he can move up the card. Alexander has the skills, the intensity, and the believably to be a top guy for Impact.

Chelsea Green was the surprise tag partner for Matt Cardona for the match against Brian Myer sand Tenille Dashwood. Obviously, Chelsea paired with Cardona on-screen makes sense, and truth be told, since Chelsea had such a memorable run originally in Impact, it’s probably the best place for her to continue her career. It’s unfortunate that injuries prevented her from really getting a chance to establish herself in WWE, but this return to Impact provides a fresh start. As far as the match itself, it was basically just a TV match that happened to be on pay-per-view, but prehaps the bigger goal was to provide an platform for Green to return than match quality, which is fine. Cardona and Green got the victory, and it will be interesting to see if they remain a duo on-screen or if this was a one-off specifically for Green’s return. That said, Cardona has the ability to be more of a prominent figure for Impact so hopefully, he’s given a meaningful storyline in the next few months.

W. Morrissey beat Eddie Edwards in about ten minutes. This wasn’t necessarily a squash match, but it was definitely designed to showcase the former Big Cass. Similar to Morrissey’s debut with the organization, it’s much easy to look good in the ring when a match is built to feature a performer’s strengths so he has more to prove if he’s going to be a major part of the company on a long term basis. Again, at this point, Morrissey’s size is still the only major asset he brings to the table so he will have to continue to develop as a more complete performer if he’s going to have longevity in the current wrestling landscape.

As entertaining and as solid in the ring as Finn Juice are as a team, their tag bout went less than two minutes and seemed completely pointless. Aside from giving them a place on the card, what did this really accomplish? Are Robinson and Finlay somehow more established with a few minutes of time on a pay-per-view? This was more or less a squash match, and there’s really not a place for it on PPV. More importantly, they are such a talented team that there’s definitely a more productive way to use them on the show.

Moose vs. Chris Sabin was a really good match, and as far as bell-to-bell action, it might’ve been the best bout on the pay-per-view. Sabin, despite being 39, can still go and remains an underrated athlete. Granted, considering the amount of injuries in prior years, Sabin is definitely toward the latter stages of his career, but he could be an asset for any organization. Along the same lines, Moose, who just re-signed with Impact recently, is an incredible athlete. He got a later start to pro wrestling than most because of his NFL career and his inexperience showed at times, but at 37, he might still be in the prime of his wrestling career. With the previously mentioned football background, many speculated that Moose had a lot of potential for the squared circle. I’m not sure if he’s necessarily well-rounded enough to be a top guy for Impact, but if the office is going to give him a run at some point, it should probably be within the next few months. Although, Sabin got the win so prehaps management has different plans for the title scene.

The tag title match was fine, but nothing too epic. A four-way tag is difficult to book since there are so many wrestlers involved in the match that not everyone gets the chance to shine during the contest. No Way Jose made his Impact debut simply under the name “No Way,” which isn’t exactly the most marketable gimmick name in sports entertainment. I have to be honest, no disrespect to the real-life athlete that is just taking the opportunity given to try to continue a career in the profession, but is there really any reason the No Way Jose gimmick should be used outside of WWE? The character was presented on WWE television as a total jobber and outside of a few entrances on Raw, it was never over with the audience to any measurable way. If the real-life performer was repackaged then maybe there’s a chance to reinvent himself under the Impact banner, but to bring back the No Way gimmick seems like a lame excuse to use the conga line. Rich Swann was involved in the match and considering his skills, he should probably be involved in something more important on the card than to get lost in the shuffle in a tag match. Violent By Design have been one of the highlights on Impact Wrestling and the booking of the stable used the competitors involved very well. I will still say that I think Joe Doering has the potential to be a main event talent, and hopefully dropping the tag belts will eventually allow him to move up the card.

It was great to see Thunder Rosa as a surprise opponent against Deonna Purrazzo and it will be interesting to see if she’s a regular part of Impact programming, which is theoretically possible because of their taping schedule. This match was really solid and showed why Rosa is one of the best female athletes in wrestling today. Maybe it’s by design to build anticipation for an eventual rematch, but for whatever reason, Rosa has been underutilized in some ways in AEW since the classic bout she had against Britt Baker a few months ago. While Rosa has competed regularly for the Youtube shows, she hasn’t been featured on Dynamite on a regular basis. Again, if this is to eventually set up for the Baker rematch then it’s fine, but at the same time, it makes sense to have her in a prominent spot on Impact until the match is booked to keep her in the conversation. Purrazzo, but this contest showed why Thunder Rosa has all the skills to be a major star.

The main event was a total brawl and not the typical Kenny Omega match. The bout was solid, but not necessarily anything epic either. At this point, it’s a little concerning that Sami Callihan might be typecast as a hardcore wrestler, but he’s much more than a one-dimensional performer. Omega winning was predictable, but the post-match angle was definitely a surprise. New Japan’s Jay White, one of the current members of The Bullet Club, showed up. It appears that this will eventually set up for an Omega/Jay White bout for Impact Wrestling, which would probably be the biggest match for the organization during Omega’s tenure as champion. The end of the broadcast was supposed to be a cliff hanger, but the way it was filmed, it looked more like a technical error.

.@JayWhiteNZ HAS ARRIVED AT #Slammiversary!


Overall, the event was fine, but I’m not sure it’s worth the $40 price tag, especially in the modern era when there are cheaper options for pro wrestling content. That said, the mixture of talent from organizations across the board gives each promotion something unique to promote, which is very valuable when trying to sell an event to the audience. That said, because Impact had to cut the budget in recent years and other competitors left the organization, there are times that the guest stars are clearly a level above some of the regular roster. That’s not meant as a jab toward the current roster, but rather that the argument could be made that Thunder Rosa, Omega, and Jay White, were the biggest stars on the show, but they aren’t primarily on the Impact roster. Either way, it will be interesting to see the direction of the company in the next few months and if nothing else, it keeps the company in the conversation of the industry. 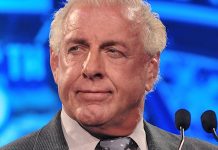 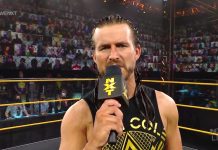 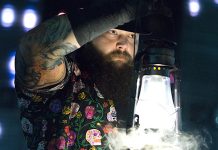