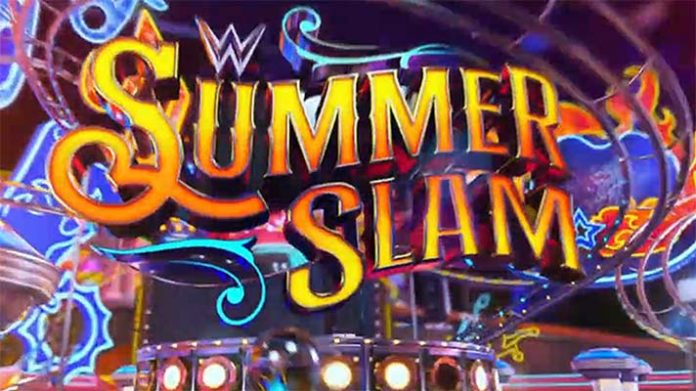 There was a lot of speculation about what Summer Slam would be as it was the first WWE pay-per-view in the post-Vince McMahon era of the organization, and some wondered if it would attempt to use the platform of a stadium show in Nashville to launch a new chapter for the company. Depending on your perspective, the answer might be yes, but there are also questions about what’s on the agenda in the future, particularly who are the next generation of stars to draw big money for the company?

With as much flak as management rightfully gets at times, you still can’t deny the strength of the WWE brand, even in the rather sluggish modern era. Sure, it’s considered a fly-in event for the most diehard fans of the product, but the bottom line is, a packaged stadium is an impressive visual, which almost underscores that regardless of the apparent lack of the next generation of talent that will draw for the promotion, the company is doing very well financially.

The show opened with Bianca Belair vs. Becky Lynch and while I get the logic of a major match to jump start the event, I was still surprised that this wasn’t in the co-main event spot on the card. Say what you want about the rest of the product or the women’s tag titles ending up in the witness protection program, the women’s division as a whole, both in terms of star power and in-ring quality, might be the most solid aspect of the company. Bianca is a star, and while I didn’t agree with the goofy space cadet presentation of Becky in recent months, her ability and star power is undeniable on the big stage. As you’d expect, this was quality bell-to-bell and had the crowd invested in the narrative of the match as the action went back and fourth between the two competitors. Bianca retained, which was a good decision because Lynch has reached a level that she’s always going to be over and isn’t going to get more over than she already is, which is meant as a compliment. Bianca continuing her reign as champion further cements her status, something that we know is important since we’ve seen how some wrestlers can lose momentum when management changes course too quickly during a storyline. The return of Bayley with the debuts on the main roster of Dakota Kai and Io Sky took place during the post-match segment. Obviously, it’s great to see Bayley back after she was on the shelf for several months with an injury. I’ve said it before and I will say it again, despite some of the previous booking fumbles with Bayley, and taking into account the heel work she did before the injury, make no mistake about it, she’s as valuable to the company as anyone on the roster. Bianca vs. Bayley could be a tremendous feud for the championship. Dakota was released a few months ago so it was definitely a surprise to see her back in the fold, but it’s without question a good addition to the division. As I said when she was released, injuries derailed much of her momentum in NXT, and it’s rather tough for management to invest too much into a talent that might be injury prone, but hopefully, this can be a fresh start since she has the skills to be successful. I was also surprised to see Io on the main roster since I assumed that she would continue to flounder in NXT. One of the many downsides of NXT 2.0 using such an inexperienced roster is that a quality talent like Io is often used to boost the show, which is probably the same reason that Roderick Strong is still on the program. There was speculation that Io was considering her options to leave the company after her current contract expires, which makes sense because she would truly be wasting the prime of her career competing on a secondary brand. She’s one of the best in-ring talents in the company and has the potential to be a true star on the main roster so this was a wise decision to move her to Raw.

I’m still not going to discuss any match that involved Logan Paul. Next.

One of the questions that was discussed ahead of Summer Slam was, would this be a coronation for Theory? The chatter was based on the fact that Theory was a Vince McMahon project so would the new regime really want to go all the way with him as the next top guy? I penned an article about this a few days ago, mentioning that I don’t see the hype around Theory, but how he was used on Summer Slam might be the way to gauge how much faith the Triple H regime had in his potential as a big star. When Theory was beaten by Lashley in just a few minutes, not a terrible match, but nothing too spectacular about it either, I assumed it was a rehash of the trope from the WWE playbook where someone loses earlier in the night to attempt to make it more of a surprise when they cash-in later. As we saw in the main event, that wasn’t the case and all things considered, Theory was a complete afterthought during the main event segment. Unless, there’s something stellar in the works for him to end up in a brighter spot, the booking of Theory on this show might indicate that he’s not destined for the title.

The Mysterios vs. Judgment Day was fine, and it was clear that the return of Edge was the bigger story of the segment. Rey proved he can still go, but I’m not sure the victory does much to establish Dominik, mostly because of the previously mentioned Edge return. Speaking of Edge, the presentation looked great, and after he was booked completely flat, this might give him a fresh start. Don’t get me wrong, we know Edge is a star and has an accomplished career behind him, but after the comeback, his character coasted a lot on the “welcome back” aspect of his return without much progress for his character. When his persona got stable, the Judgment Day heel turn gave him something to use to add a new chapter to his career. As I said at the time, the Judgment Day faction kicking Edge out just two months after he turned heel put him in a place where he couldn’t be a baby face because he just blamed the fans for everything during promos, and obviously he couldn’t be an effective heel after he was rejected from the stable. From purely a character perspective, the scripting of Edge’s character completely neutralized any effectiveness it might’ve had at the time. Hopefully, the new presentation and a clear path to feud with the new members of the Judgment Day will give Edge’s character a meaningful angle on television. Obviously, the follow-up is key, but as of right now, this is probably the best chance Edge has had to progress on the shows in several months.

Truthfully, Pat McAfee isn’t my cup of tea. However, you can’t deny his ability and the way he can entertain an audience. His bout with Happy Corbin was very entertaining and proved that outside of the silly gimmick, Corbin can go in the ring. McAfee initially trained under Rip Rogers so he doesn’t work like a clone on the WWE Performance Center assembly line, which is a good thing for his in-ring work. MacAfee looks much more natural in the ring than someone of his experience level and brings more to the table than most of the NXT 2.0 competitors. I’m not sure his matches would have the same impact if he was a full-time wrestler, but that doesn’t matter because as we know, pro wrestling is about the moments, and MacAfee has managed to create moments more often than not when he competes in the ring. MacAfee gets the win and as far as the entertainment aspect of the business, he’s one of the most valuable commodities in the company.

The Usos retained when they defeated The Street Profits. This was a solid match, but it was more or less the same bout you’ve seen before so there’s not much new to discuss, especially when the result was obvious since it makes sense for The Usos to remain the tag champions as a part of the Blood Line storyline.

Liv Morgan retained the Smackdown Women’s title in a disputed finish in just a few minutes so there wasn’t much to the actual match. I get that WWE brass wants to portray Liv as the underdog, but she literally tapped out and only kept the title because the referee botched the decision. At some point, you have to establish Morgan as a credible champion if you want the title reign to elevate her star power. The way the segment was booked, she is literally an unworthy champion. The real-life competitor is much more talented than that and has more potential then that so I think the scripting of this match completely missed the mark. I’m not sure Ronda’s perceived star power was worth protecting in that fashion, and the novelty of her pseudo MMA style has more or less worn off. The contest was clunky and the Rousey heel turn got a rather mediocre reaction from the crowd.

As I wrote about in an article last week, the Brock Lesnar vs. Roman Reigns match was completely recycled and was booked for Summer Slam because the company didn’t have any other options to promote for another stadium show. It was fairly obvious that the only question was if Theory would cash-in to win the championship and when that didn’t happen, it was fairly obvious that Reigns would retain it. That said, this main event was wild and entertaining. It took the sports entertainment approach, which is fine because that’s the only way that this bout could offer something different than what the audience already watched during the many previous matches. At the same time, it took Lesnar almost tipping over the ring with a tractor to accomplish that so let’s hope this is actually the final Brock Lesnar vs. Roman Reigns match on pay-per-view.