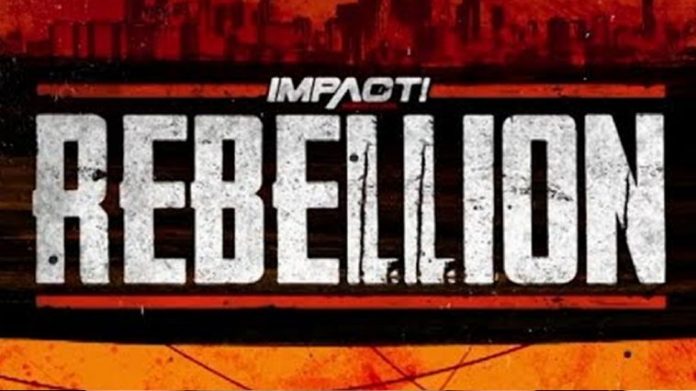 Last weekend, Impact Wrestling presented its most recent pay-per-view event, Rebellion from Toronto, the same city where Anthem Sports is located. This is just the second traditional PPV of the year for the group owned by the Fight Network, but the setting alone was a vast improvement compared to previous broadcasts. In January, the company ran an event in Nashville at the same venue that hosted many of the early NWA-TNA shows. Despite the homage to the history of the organization, the small venue and less than stellar lighting made the promotion look minor league. Unfortunately, that trend continued Wrestlemania weekend when the United We Stand show looked like a subpar independent event in terms of production. Terrible lighting and camera work made the show almost unwatchable while the audio went off air several times throughout the night. In some respects, perception is reality and during a weekend when nearly two dozen shows ran, Impact was one of the few that ran into technical glitches so what does that say about the group?

Thankfully, the Rebellion pay-per-view had a much better look with the stage and set up. Granted, it’s a smaller building, but the presentation didn’t look minor league. As far as production, this might’ve been the best event under the Anthem banner. As far as the actual show, there wasn’t a bad match on the card, when is the last time someone could say that about an Impact/TNA pay-per-view?

The scramble opener has been one of the trademarks of Impact since its early days on pay-per-view and it’s a solid way to kick off the show. The only downside is there’s basically zero character development or progress for almost every athlete that’s booked for these type of bouts. In some respect, some within the high spot matches get type cast in that role. But, it’s also possible that a stand out performance could be used to propel a talent toward an angle that establishes a persona that gives more depth to their character. For example, Ace Austin won the match, but aside from the flips, who is Ace Austin? Don’t get me wrong, he’s a tremendous athlete and has the potential to develop into a star, but as far as a character, he’s just another high spot wrestler on the roster. For now, that works because it puts a spotlight on his athletic ability, but if he’s going to become a draw for the promotion, he will have to differentiate himself from the rest of the division.

Scarlet vs. Rohit Raju was probably better than it had any right to be as a randomly added to the pay-per-view. I’m not sure if Scarlet could or should be a full-time wrestler as opposed to a specific role on the show for different storylines or if Raju has a bright future on the roster, but again, if this match is considered a low point on the show then it shows the improvement of the quality of the company from the bottom to the top of the card.

The Knockouts title match was solid and better than it might’ve looked on paper. Taya had a well-known run in Mexico, but how or if she would translate to an American TV product remained to be seen. Jordynne Grace had notoriety from the independent scene, but again, how that transitions to a bigger platform doesn’t guarantee success.To their credit, both women competed up to the big stage and delivered a good performance in a featured contest on the card. Granted, Taya and Grace don’t bring major star power to the table yet, but matches like this can help build toward that.

The Sami Callihan/Rich Swann match was good for the sloppy hardcore bout on the card, which isn’t meant as a jab either, but rather that they worked the wild brawl on the show very well. I’ve said it before and I will say it again, I think Sami has the ability to work the main event scene for Impact. While he does these matches well and they fit his character, it’s almost a little disappointing that he almost automatically gets booked for these type of matches in the mid-card on the pay-per-views instead of an angle in the main event.

The Tessa Blanchard/Gail Kim bout was great and it worked on a variety of levels. It provided a nice farewell for Gail Kim to officially retire from her in-ring career, and despite the acknowledgement of her accomplishments, she probably doesn’t fully get the credit she deserves because much of her career took place on the smaller stage of TNA. Make no mistake about it, Gail Kim is one of the best of her generation. Tessa seemed to get noticed mostly because of the Blanchard name early in her career, but this contest could be a career-making performance for her since the narrative was that Gail passed the torch. Blanchard competed at Gail’s level, and their embrace at the conclusion of the bout was a very nice moment that solidified Gail’s endorsement. Similar to some of the others on the card, Tessa doesn’t have the star power yet, but the potential is certainly there and more than anything, it creates a sense of optimism around the Impact brand, which hasn’t been the situation for years.

The Impact World title match was decent, but it was obvious that Brian Cage’s injury hampered the pace of the match since Johnny Impact and referee, Lance Storm scrambled to buy him time outside of the ring. It’s very unfortunate that Cage got hurt during the biggest match of his career and hopefully it doesn’t derail his reign as champion. I’m not sure where Johnny Impact goes from here because he already had a main event run and at 39, he might be toward the conclusion of his in-ring career. It was very interesting to see Michael Elgin appear at the event, and it indirectly adds to the sense of optimism around the organization. Elgin is well-known for his work in Ring Of Honor and New Japan during the past few years. Reportedly, Elgin declined to re-sign with New Japan and obviously inked a deal with Impact instead. At the very least, it gives the perception that known stars look at Impact as a way to progress their career.

The main event was a very good match and it showcased some of the best talent on the roster. LAX could possibly be the best tag team in the business today and they might be the team to build the entire division around in the future. Pentagon has the ability and the character to be the Impact World champion again, and management missed the boat on his initial run a few years ago. Pentagon has all the tools to be a major star for the company. Fenix is a great athlete and is a tremendous asset to the promotion.

As mentioned, there wasn’t a subpar match on the card and there was a lot of potential showcased on this event. At the same time, Impact’s biggest problem is and will remain their limited distribution. Yes, I understand that Twitch broadcast the TV show for viewers that don’t have access to the Pursuit Channel, but the weekly viewing averages roughly 10,000 views of the show. The bottom line is, Impact could have a great show every week, but if only a limited audience has access to it or knows how to watch it, does it really benefit the company? While Impact certainly has more optimism around it now, the status of the company won’t improve until there’s a better TV deal for the product.