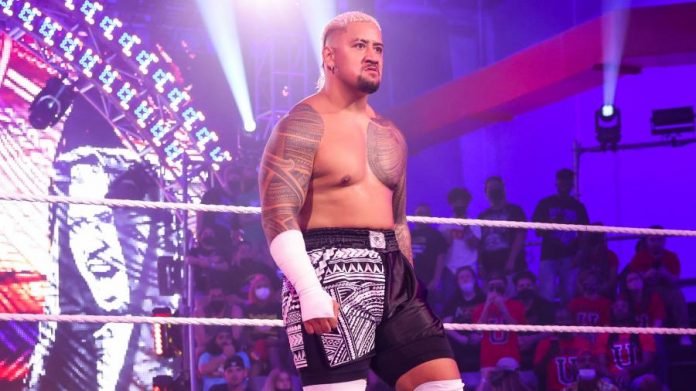 Before making his WWE NXT debut in 2021, Solo Sikoa (real name Joseph Fatu) said during an interview with BTSport.com that WWE had considering teaming him up with The Usos.

“You know, at the end of the day man, it’s so easy to go back to, ‘I’m their brother, I’m their family.’ I don’t want to be referred to as their brother, their cousin, I want people to recognize me for me. Before I debuted on TV, WWE creative was like ‘we’ll put you with your brothers’. Then the next meeting was like ‘let’s see what you can do on your own.’ I felt like ‘this is my time now. This is the time for fans to recognize me as Solo instead of your Jimmy and Jey.’ Before man, I had black hair, we all really did look alike. Again, nine months later, people know oh that’s Solo, that ain’t Jimmy and Jey.”

“I would say, ‘okay that would be cool.’ I think that was when they started saying ‘we’re the ones.’ I was like, ‘I don’t know man.’ I would still feel like I was in their shadows, I need to step out and do me man.”

"I don't want to be referred to as their brother, their cousin, I want people to recognise me for me."

"Before I debuted, they wanted to put me with the @WWEUsos, but they said 'let's see what you can do alone.'"@WWESoloSikoa on establishing his own legacy in #WWENXT 🙌 pic.twitter.com/EQsEFi5IEn