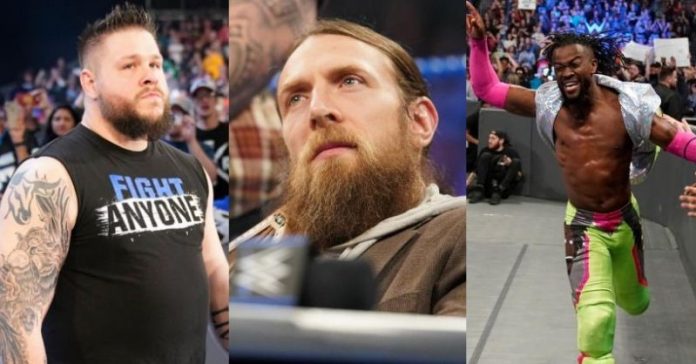 Kevin Owens was originally going to be pushed as the #2 babyface on Smackdown Live after Roman Reigns, according to F4WOnline.com. Meltzer noted that Owens’ character was supposed to “be a guy next door babyface, who ate junk food, had the same problems everyone else had, had kids, but could kick ass and was given the ultimate modern WWE babyface finisher, the stone cold stunner.”

However, Daniel Bryan’s undisclosed injury led to WWE changing plans and turning Owens heel. Bryan was originally scheduled to face Kofi Kingston for the WWE Title at Money in the Bank but Owens was put into that spot instead despite other choices being available.