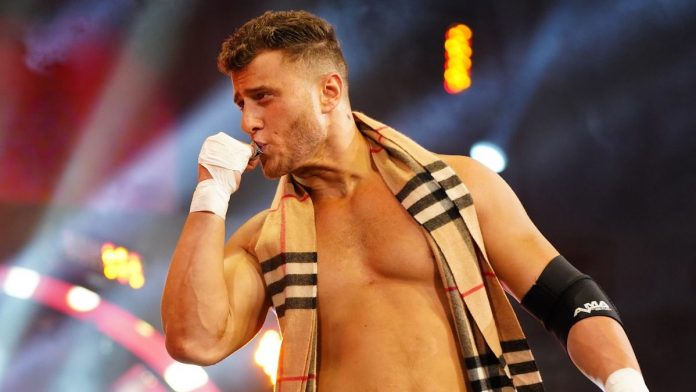 As PWMania.com previously reported, MJF has stated that he is dissatisfied with his AEW contract and wishes to be paid more. He mentioned his contract expiring in 2024 on television during the May 11th, 2022 episode of Dynamite. WWE has shown interest in signing the current AEW star when his contract expires.

Regarding the situation with MJF and AEW, Fightful Select stated the following:

“There has been no indication of formal talks actually happening to this point, only that MJF continued to be frustrated after the initial heated conversation. Those that we’ve spoken to say that MJF doesn’t typically speak about this interpersonally backstage, and that Tony Khan plays a lot of stuff like that close to the vest for obvious reasons. However, one talent indicated that Tony Khan claimed to them that he would obviously be willing to pay MJF comparable to other top stars.”

Fightful’s Will Washington said the following during his podcast:

“I did some digging around as well. I asked multiple people around in AEW and I did get one person who gave me a quote they said I am free to use. So basically, there’s not a whole lot of people on MJF’s side of this I am gathering. The one thing I heard from somebody that said, ‘Look his deal is his deal. Changing the terms of an existing deal while in the middle of it would set a horrible precedent and If he wants new money then sign a new deal.’ The idea I gave… what they’re saying here is, yeah if MJF in the middle of his deal can simply say actually, I’m actually worth this now.

Granted, I think he is…but they’re like what would stop anybody else from wanting to change the terms of their deal in the middle of it and not sign a new deal. And also said [the source], ‘Tony would be a fool to give him any more money without the guarantee of more years.’ Of course if Tony gives up something on this new deal then he has to get something and so yeah, you sign a new deal, he’s got to tack on a few more years to make it happen. It sounds like he still wants his free agency in 2024.”

So Tony Khan doesn’t have an issue giving MJF a raise, however he’s asking MJF to sign for more years to get the raise and MJF doesn’t want to. Will Washington says that the AEW lockeroom is not on MJF’s side on this situation and if he wants more money he needs to sign on longer pic.twitter.com/IfuNDTNNZt