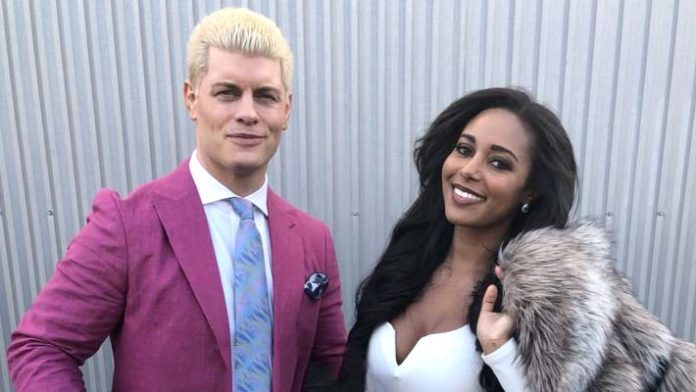 When Cody Rhodes requested his WWE release in 2016, diehard fans applauded him, as they knew he had much more to offer to the sport than the minimal opportunities that were given to him in the Vince McMahon empire. Rhodes, an amateur wrestler in his youth, spent a decade under WWE contract in some form or fashion, breaking into the business in the developmental system before he spent several years on the main roster with varying degrees of success. His ambitious exit from WWE eventually led to him as the original leader of All Elite Wrestling when the group launched in 2019. However, Rhodes, a stellar performer, was recently subjected to boos from the AEW crowds so what happened?

As mentioned, Cody spent ten years under the McMahon banner, a vast majority of that time while his dad, the legendary Dusty, worked with developmental talent in NXT. Over the years, occasional angles around the IC title gave the impression that management saw enough in Cody to move up the card, but it never materialized. When he was pigeon-holed into the Star Dust gimmick, fans saw it as a waste of his potential, as Cody brought more to the table than just a parody of Goldust’s character. So, he requested a release and it was granted.

Cody Rhodes aspired to be more than a secondary persona on television and was willing to bet on himself to accomplish more in the business. Considering his family history with the company, Rhodes could’ve settled with that spot and took the WWE payday until he decided to retire. It’s very easy for fans to rally behind someone that is willing to risk it to reach their potential.

Following up on that, the fact that Cody could’ve taken that WWE check and coasted, but instead wanted to go to the indies to prove that he could go bell-to-bell is another aspect that makes it easy for the fans to want to see him succeed. Rhodes went from Wrestlemania to smaller venues on a smaller scale just for the chance to get more than six minutes as a lower mid-carder on Raw.

As I’ve written before and it’s too lengthy to repeat here, Rhodes’ star power along with the popularity of the Young Bucks combined with the stage they were given with Ring Of Honor, is ultimately what led to the formation of AEW. Tony Khan saw the popularity of The Elite stable and the success of the All In pay-per-view so he was willing to fund a pro wrestling project. Make no mistake about it, regardless of how far All Elite goes within the sports entertainment genre or the bigger names that have signed since its inception, Cody Rhodes was one of the key players that got the concept off the ground. Obviously, Chris Jericho played a major role in that as well, and none of this is to overlooked anyone else, but the point being that the organic success of All In is essentially what made All Elite Wrestling a possibility because that pay-per-view is what made Tony Khan willing to launch a wrestling group.

Cody’s role itself was another way that the fans rallied behind him. Fans saw the mishaps and missed opportunities from TNA. Fans saw how stagnant the industry was with only Vince McMahon truly on a national scale. So, it was a noble gesture for Cody Rhodes to make it his mission to spark something new within the professional wrestling landscape. There’s a reason the promos about a revolution got such a crowd reaction. A side note, that’s also why Tony Khan and AEW as a whole have a certain level of good will with the audience because everyone knows that Khan could buy an island and live a lavish lifestyle from the interest of his family’s wealth alone, but he chose to invest in professional wrestling to improve the industry.

The problem is, Cody’s role as one of the vice presidents can give him a level of cache of good will, but there’s also a very fine line between that and the perception of nepotism, especially with the jaded nature of pro wrestling fans.

As talented as Jeff Jarrett was, he wasn’t a main event guy for the majority of his career. Not that this is meant as a knock against him because very few are in this category, but he just wasn’t on the same level as Bret Hart, Steve Austin, Goldberg, Sting, or the other top-tier talent of his era. The fact that he created TNA and then booked himself as the champion for an extended period of time, even if he wasn’t trying to boost himself up, it always gave the impression that at least a portion of TNA programming was self-serving rather than serving the audience. Perhaps, ego, not a quality product, was the top priority, but that’s nothing new in the wrestling industry.

Rhodes winning the TNT title was fine, but when he dropped the belt to film the Go Big Show competition project for TBS and then won it back as soon as he returned, it did seem that his angles were being built around his other projects. Furthermore, and this is probably the biggest issue that has caused the negative feedback currently, The Rhodes to The Top reality show certainly gives the impression that he might be more focused on attempting to become a TV star than being a professional wrestler. Keep in mind, Cody smashed the throne at AEW’s first pay-per-view with a sledgehammer as a symbolic snub to Triple H, who was criticized in the past for his position within WWE while he was still wrestling. In some respects, Cody Rhodes is in a similar position because he’s an executive vice president of a company that is cross-promoting a reality show about it.

Don’t get me wrong, Cody Rhodes is a polished pro and one of the best on the AEW roster. While I’m not going to watch Rhodes to the Top or have any interest in what type of bagels he and Brandy had before an episode of Dynamite, I don’t think any of those side projects take away from his role in AEW unless it affects his performance, and so far it hasn’t. That being said, there’s a fine line between being the fiery baby face and being seen as the New York Yankees. Familiarity breeds contempt, and pro wrestling fans as dedicated as they are, can also be some of the most jaded. Among the many stories that will unfold in the next few months, it will be very interesting to see what direction Cody Rhodes goes in the company.