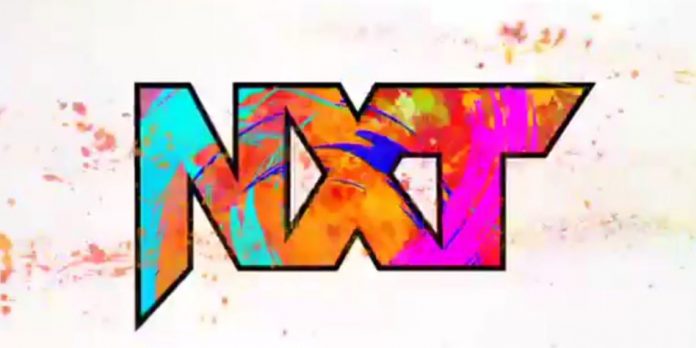 Social media provided more material for the “pro wrestling water cooler” talk ahead of this weekend’s major All Elite Wrestling pay-per-view. The term “RIP NXT” was trending, which isn’t too surprising since a dozen of the roster was released a few weeks ago, but the morbid curiosity of the cesspool that is social media made me click the trend to find some details. The headlines suggest that Vince McMahon and longtime advisor, Bruce Prichard will produce the upcoming revamped version of the brand.

In truth, this really shouldn’t be that surprising at all because WWE Executive, Nick Khan mentioned in a recent interview that NXT will be rebranded, and considering the circumstances, who else was going to takeover the project? As unfair of an assessment as this might be, NXT was initially moved to television to snuff out All Elite Wrestling and when that didn’t happen, it seems like the blame was put on Triple H so you can bet that’s why Vince wants to take control of the brand.

Regardless of the reasons why, you have to wonder what this truly means for the future of the brand within the WWE landscape?

To consider the path forward, you also have to take a look at the history of the brand to see what exactly was or wasn’t accomplished under Triple H’s direction. Let’s be honest here, NXT was more or less WWE’s version of Ring Of Honor at a time when ROH drew big crowds and solid revenue as an American platform for The Bullet Club. The glory days of Triple H’s NXT will be remembered for its influx of Japanese and former ROH talent because it was a way for the WWE empire to get a piece of the pie. Don’t get me wrong, it was a smart decision to at least try to cater to that market because why leave money on the table to be made by someone else when the WWE has the revenue and the resources to showcase those same athletes in an effort to get a slice of the profit?

That being said, the entire concept of NXT as strictly a developmental brand was counterproductive and prehaps why there was such a disconnect between the brand and the main roster. In order for NXT to get the previously mentioned piece of the pie and capture the buzz that it had, WWE inked some of the best young talents on the market, but by definition, those athletes didn’t need to polish their skills within a developmental system. On the other end of the spectrum, the Performance Center athletes that could legitimately use the experience of working in front of a live audience were often overexposed since they couldn’t make mistakes in front of small crowds like typical independent shows, but rather on the WWE Network, where flaws can be magnified. The bigger problem was some of the major ROH or Japanese names that were signed to bolster NXT weren’t cheap acquisitions, and at some point, it doesn’t make financial sense to keep names like Finn Balor, Nakamura, or Asuka on a third-tier brand because thelimited exposure doesn’t justify the investment the company made into those contracts.

Obviously, a publicly-traded global company like the WWE has to serve many masters and that constant balancing act is probably the toughest hurdle for the organization. The balancing act to serve the shareholders and the fans, which are two completely different groups, is a tough task in itself. To try to balance philosophies and brand presentation within that is exponentially more difficult. If I had to guess, I’d say that’s why so many NXT successes never translated to the main roster since the goal of the WWE product isn’t aligned with the philosophy of NXT. There isn’t a right or wrong answer, but the WWE selling point is often entertainment value over match quality, and despite the complains from diehard fans, that’s usually the best formula for the general public. Keep in mind, the WWE markets toward the lowest common denominator because that’s the strategy that reaches the biggest possible audience, which is exactly what any other main stream company does to sell to the general public.

As amazing as the Dynamite Kid was in the ring, there are exponentially more people that would rather watch The Big Show choke slam someone for the entertainment value, not the in-ring technique. The WWE, even with its very talented in-ring roster today, still markets toward the lowest common denominator in an attempt to cater to the widest audience possible. Someone that got over as a major star in NXT with their incredible in-ring work, was evaluated by a different standard upon their arrival to the main roster. If that’s a fair or accurate way to determine their ability as a main stream draw is a different matter, but the point is, the objective of quality matches for a niche project in NXT was a different scenario than the attempt to market to casual fans on Raw or Smackdown. The bottom line is, there were two different goals within the WWE structure and ultimately, that had a lot of momentum get lost in translation after the debut on the main roster.

With Vince and Bruce running NXT what does that mean for the brand?

In truth, it’s difficult to even guess for this because again, with NXT being on USA network, the entire concept of a developmental show is counterproductive. Assuming the rumored guidelines of WWE signing bigger and younger talent are accurate, is cable television really the platform for someone direct from the Performance Center to learn the finer point of the sport? If a match goes off the rails, it can create a negative impression for a wrestler that was avoidable if the match was done on a small scale. Putting inexperienced wrestlers on national television is risky, but at the same time, if NXT has too many McMahon finger prints than the show is just Raw or Smackdown with less star power.

Was Triple H’s NXT a total failure? No, it had some amazing matches and allowed very talented wrestlers to showcase their skills, but that ideology wasn’t going to propel the WWE into pop culture either so it’s important to keep the project in the proper perspective. Regardless of the reasons why, NXT didn’t exactly generate an all-star cast to the main roster either because the presentation was completely different for Raw and Smackdown. It’s possible that the biggest takeaway from the rebranding of NXT is just how difficult of a balancing act it is to cover all the bases within the WWE system or maybe that a project has limited success if it’s not a Vince McMahon approved brand.