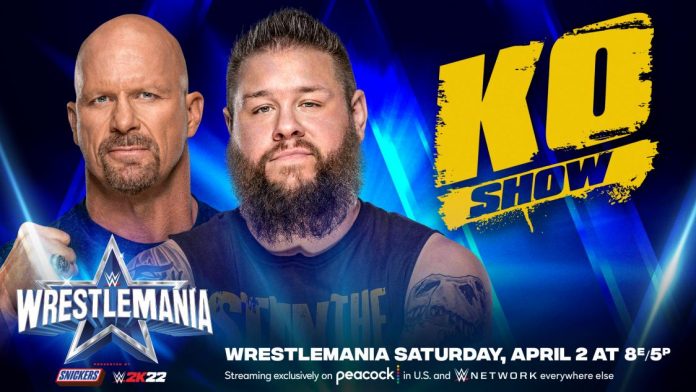 The biggest event on the sports entertainment calendar, Wrestlemania will take place next weekend with a two-night event from Dallas, Texas. Despite names like Steve Austin, Roman Reigns, and Brock Lesnar scheduled to appear, some have criticized the build for the pay-per-view. Ironically, the same can be said about WM the past few years as well, but the bigger point is the reason why the signature event of the year seems to be on auto pilot.

It’s fair to say that this year’s WM build is rather lukewarm at best, but that depends on what you look for at the show.

The “stupendous” Wrestlemania is an event that is based purely on sizzle, not substance, which might be fine. In truth, this formula is a strategy that caters to the stockholders, not the paying audience, an aspect of a publicly traded company that is very ironic in the grand scheme of things. These celebrity appearances, as underwhelming as they might be, are designed to generate publicity from outside of the wrestling demographic, not necessarily to draw more fans.

Within the realm of the weekly program, the fact that a selling point is to see who will have a spot at Wrestlemania is relatively weak, considering there are two shows and at least six hours of programming between them, usually with as many performers shoehorned onto the card as possible. The angle doesn’t have much validity because the audience already knows that names like Seth Rollins or Kevin Owens will be on the shows. While I understand why the company wants to give everyone their chance to get on a WM show and of course, get a decent WM payoff, that’s what the generic battle royal is for on the kickoff show. Some level of exclusivity gives an atmosphere of prominence to not only the performers, but the pay-per-view itself since the best of the best are theoretically supposed to clash at Wrestlemania.

As far as the actual cards, a quick run through tells the story.

Bianca Belair and Becky Lynch might steal the show on night one if they are given the time to do so. I still don’t agree with how abruptly management booked Bianca to drop the title at Summer Slam, and there’s no way the company had some type of long term payoff planned when that decision was made, but it makes for a fitting conclusion now if she reclaims the belt. However, the more important booking will be how the office would book her title reign this time since outside of the stellar championship coronation on night one last year, Bianca’s stint as champion was undistinguished. Bianca dropped the title and was away from the title conversation very so if she actual wins the championship again, there must be a meaningful angle to cement her status. Assuming Bayley would be cleared to return, a Bayley/Bianca title feud might be the best choice possible.

On the flip side, the Smackdown Women’s title feud lacks the intrigue, but brings the sizzle. As I wrote prior to her comeback to the company, I’m not sure how much demand there is for another Ronda Rousey run in the WWE, even for the causal fan base. The whole thing has a “been there, done that” atmosphere to it and her criticism of the audience after her last stint didn’t exactly endear her to the core audience either. Ronda’s initial time in the square circle garnered headlines because it was something fresh for her, but she was already on the decline in terms of main stream notoriety because of her monumental decline in the UFC. I’m not sure of the answer, but I think it’s fair to at least ask, does Ronda still truly move the needle in 2022?

Drew McIntyre vs. Happy Corbin makes you wonder how Drew went from a main event spot to a mid-card comedy feud in the span of just a few years.

The Usos vs. Shinsuke Nakamura and Rick Boogs will probably be a decent match, but when you take into account the lack of any focus on tag teams in the WWE during the past several years, does the result of this matter in the grand scheme of things?

I’m not the audience for the Mysterios vs. The Miz and Logan Paul so I can’t really comment on how effective this will be to hype the event, but again, I have to ask, does Logan Paul generate anything that otherwise wouldn’t already be there for the show? Does Logan Paul’s appearance contribute to an extra ticket or Peacock subscription sold? I’m not sure why anyone would waste their time watching Logan Paul buy coffee or go to the car wash on Youtube, but unless he brings something that could be a difference maker to the table, why make the viewing audience watch a C-list celebrity fumble around the ring? Is there really a major crossover for wrestling fans? Snoop Dogg at WM, I can see the logic, but is anyone really going to pay to see Logan Paul?

The “main event” spot for night one will probably be Steve Austin on the KO show, and it’s very possible that it will be the most entertaining segment on the broadcast since Austin can still pop a crowd, and Owens will make him look like a million dollars. Stone Cold hits the stunner, drinks a beer, and celebrates. Everyone goes home happy and it’s a successful segment. The problem is that the biggest star and the biggest difference maker on the show is a 57-year-old retired wrestler that hasn’t wrestled in nineteen years. Doesn’t this underscore the fact that there aren’t many legitimate money-drawing stars on the current roster?

In some ways, night two is almost a carbon copy in terms of its booking pattern.

The women’s title title four-way is a way to book as many performers as possible on the card. The Raw title title triple threat match is more or less the same, and even if the triple threat, which aren’t easy to book, becomes nonstop action, you again have to go back to the lack of importance of the tag division as a whole. Don’t get me wrong, RKO, Alpha Academy, and The Street Profits have done some of the best WWE television in recent weeks, but I would guess that the tag division will get lost in the shuffle post-WM.

Johnny Knoxville vs. Sami Zayn will probably be a very entertaining bout, even if it’s not Flair/Steamboat. The Knoxville involvement makes sense because there’s a similar demographic to those that watch his films and the typical Raw viewers. While Pat McAfee doesn’t fall into the celebrity category because he’s a regular part of the Smackdown broadcast team, it’s still a guest appearance in the ring. McAfee’s style isn’t my cup of tea, but he brings a consistent level of energy to the product and you can tell the guy is having a blast when he’s there. Some pundits think that Austin Theory has the tools to be a big star, and he might have potential, but I find this entire McAfee/Theory angle rather bland, not because of their lack of performance, but because of how Theory was portrayed for months prior to this. Theory spent the past several months being presented like a dork and getting beaten up by Brock Lesnar in a series of segments. Why should the audience suddenly consider him more than McMahon’s lackey? The horrendous “golden egg” storyline didn’t exactly push Austin Theory to the main event.

Edge vs. AJ Styles should be a very solid in-ring contest, but in another example of a sudden shift in presentation, Edge is a heel without much explanation, and there wasn’t necessarily a reason why AJ became a baby face either. The new music and entrance for Edge gives him a fresh coat of paint, which helps, but this all seems like the writing team didn’t have anything for Edge at WM so a heel turn was quickly thrown together with only a few weeks to establish it before the pay-per-view.

The main event of night two is Brock Lesnar vs. Roman Reigns, the same main event from 2015. Granted, it goes without say that Brock and Roman are the two biggest stars on the roster because the entire WWE product is booked around their involvement on the shows, but the bottom line is, this is a recycled match that the audience has seen several times before. Furthermore, there are already reports that the title unification is temporary so the results of the match will be pointless. If the results ultimately don’t matter, why should the audience be invested in who wins?

Finally, it should be noted that even a somewhat lackluster card on paper is more or less irrelevant. I’ve discussed it many times before, but it should be highlighted again here, the WWE, in many respects, is playing with house money for the next few years because their profits are guaranteed through the massive TV contracts and the Peacock deal. The Wrestlemania brand is the major selling point for these shows more than anything else, which has its positives and negatives, but the majority of the tickets sold for these shows were bought because the event is named Wrestlemania. Sure, when ticket sales stalled for such a massive venue, management did what they’ve done for the past several years, they got a nostalgia act from the past to provide a boost. Keep in mind, the WWE is paid a flat rate from Peacock so it doesn’t matter if how many viewers actually tune into the show, the profit margin for Vince McMahon is the same either way. Management isn’t scrambling to sell Wrestlemania because they don’t have to, the money is in the bank so a paint-by-numbers approach works for them. The potentially concerning part of all of this is what the company does in a few years when they have to negotiate a new TV deal based on the current sluggish number, and more importantly, when new stars will have to draw for the company.