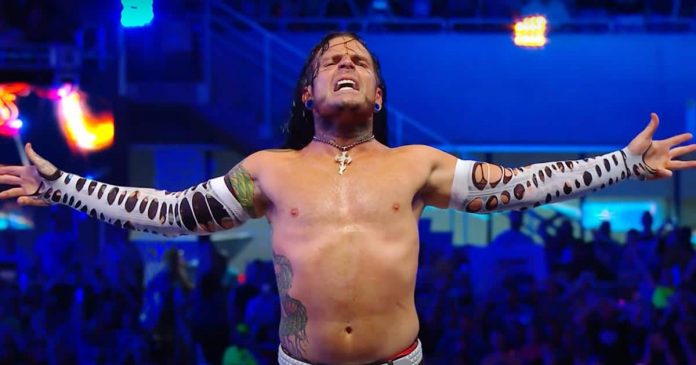 Just a few days ago, longtime WWE star, Jeff Hardy was sent home from a WWE live event tour and speculation continues about the status of the former world champion. PWInsider’s Mike Johnson, one of the most accurate journalist that covers the industry, reported that during a six man tag match, Hardy left the ring after he finished his portion of the match and exited through the crowd. If Hardy simply went backstage, the whole situation might be a non-story and chalked up to a potential injury, but unfortunately, given his lengthy history with addiction problems, many are concerned those issues might’ve surfaced again.

For those asking, this is the full video of Jeff Hardy last night #wwe #jeffhardy pic.twitter.com/yZdYiUGIbb


Granted, all of this is pure speculation at this point because neither WWE or Jeff Hardy have commented publicly on it. His brother, Matt posted online that Jeff is okay, but didn’t expand upon the reasoning for his mid-match exit or why he was sent home from the tour. Regardless of the specifics, the scenario makes you wonder if Jeff Hardy has a future in the industry?

Matt hardy gives an update on brother Jeff during Twitch stream after Jeff was sent home from the road by WWE. pic.twitter.com/kklHHFg7H0


To attempt to retread every detail of Hardy’s lengthy drug history would be too negative, as the common thread through all of it is, while you will hear many criticize his irresponsible choices in the past, you rarely hear negative feedback about Jeff Hardy the person outside of the ring. Obviously, that’s why topics such as addiction are delicate and complex.

That being said, especially considering the times that those issues completely derailed his career at various points, it speaks volumes to Jeff Hardy’s ability and enduring popularity that not only did he continue as a performer, but he remains one of the most over wrestlers in the entire business today, despite the lack of any meaningful angles on television recently. Keep in mind, when substance issues led to his original WWE release in 2003, he kept himself relevant in TNA, becoming one of the promotion’s top drawing cards. Throughout the past two decades, Jeff jumped between WWE and TNA on a few different occasions, sometimes not under the best circumstances. Just a month after his WWE contract expired in 2009 after a three-year run back with the company, he was arrested on several drug charges, which was a few months before he resurfaced in TNA. The infamous Victory Road match with Sting in 2011 speaks for itself. After the Hardys reinvented themselves again in TNA some years later, they returned to the WWE at Wrestlemania 33 for one of the biggest reactions of the modern era.

Quite simply, there’s no denying the popularity of The Hardys, and they are two of the biggest stars of their generation.

However, this latest situation is very concerning because it’s not an isolated incident, as Jeff was charged with driving while intoxicated in 2019 so maybe life on the road, particularly with WWE touring again, isn’t for him at this point in his career. All things considered, this might be a natural transition for Jeff to wind down his career. At 44, he could theoretically have a few more years left as a full-time wrestler, but taking into account the risks he took throughout his 25-year run and the injuries he suffered, it might’ve shortened that time period. Plus, it’s clear that management sees Hardy in a secondary role at this stage with the current feud with Happy Corbin on Smackdown so is that really worth the risk of more addiction problems being on the road? It’s a harsh reality, but it took several years for management to invest in him with a main event run because there were risks involved if a top star in the company makes headlines for the wrong reasons. In the prime of his career after he evolved his style to a more main event presentation to be a more complete performer, the office took a few extra years to trust him enough to give him a major run with the championship. It goes without saying, with his age and the addition of this latest incident, management probably isn’t going to have anything meaningful booked for him on Smackdown? If he’s just going to be there to put over the younger talent then it would probably be better for everyone involved if another veteran is used for that role and Hardy retires.

Obviously, I hope Jeff Hardy is healthy and that being sent home by management was just a precaution, but if there’s any chance that he could slip back into addiction then he should retire from the sport. Again, the speculation that something negative happened while on tour is probably because of the way that Jeff left through the crowd, which looked rather bizarre when the clip surfaced online. I’m not trying to write Jeff off either, as his career path has shown his ability to rebound and continue as a stellar performer. It’s actually quite the opposite, I think it would be great for Jeff to get one more main event run while he’s still young enough to compete at the top level for a good way to conclude his full-time career, but realistically, that might not be in the cards.

Of course, with the current pro wrestling landscape, anytime a notable talent might exit the WWE, the possibility of All Elite Wrestling might be a topic for discussion. As long as both Matt and Jeff are active wrestlers, it will be a natural booking for them to reform the famous tag team, and AEW would give them yet another fresh run as a duo. At the same time, even if Jeff is kept as a mid-card wrestler in WWE, I would say that the company will keep him under contract if for no other reason than to prevent another jump to All Elite. The other side to the coin on all of this is that while Jeff has options outside of the WWE umbrella, the optics of names like Bryan Danielson and Adam Cole making the jump in a relatively short time gives the impression that AEW is the place to be, which WWE management wouldn’t want to add to that perception with another of their popular stars signing an AEW contract. Hopefully, Jeff Hardy is okay because he’s such a stellar talent, but I don’t think that this latest incident will necessarily affect his WWE status and it’s very possible he could just be kept off of television until the contract expires with the company. 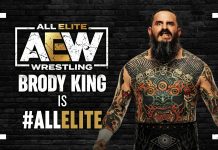 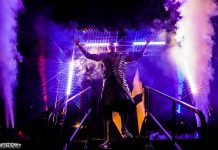 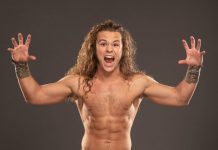 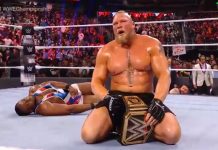