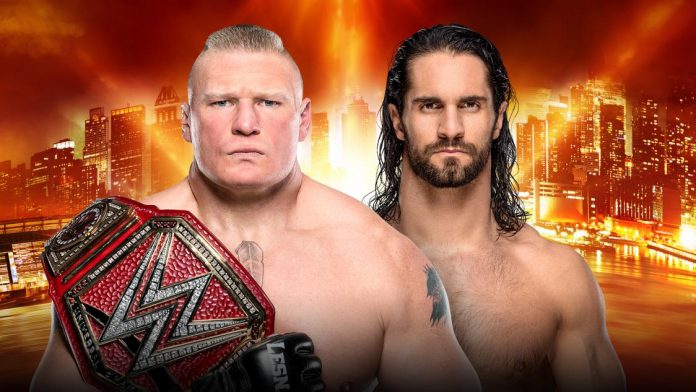 — After outlasting 29 other Superstars to emerge victorious in the 2019 Men’s Royal Rumble Match, Seth Rollins will challenge Brock Lesnar for the Universal Championship tomorrow night at WrestleMania 35.

Heading into 2019, Vince McMahon was hesitant on Rollins and Lesnar facing off at WrestleMania because he felt he needed a bigger main event. In January, he decided on holding the match after deciding that WrestleMania would feature a women’s main event for the first time ever in Ronda Rousey vs. Charlotte Flair vs. Becky Lynch.

— On Friday, WWE filmed Vickie Guerrero, Eric Bischoff and Kurt Angle for an episode of Table For 3 on the WWE Network.

Today was amazing @WrestleCon…thank you to all the fans! Today taped some content for WWE network @EBischoff Bischoff @RealKurtAngle RealKurtAngle Angle! It has been so exciting to see all the staff and sweet friends at WWE WrestleMania and hug so many people that I ?! pic.twitter.com/G7ZFrP3aSr

— In the video below, Triple H appears on FS1 to discuss SmackDown’s move to Fox and talk about how WWE’s perception in the media has changed in recent years.