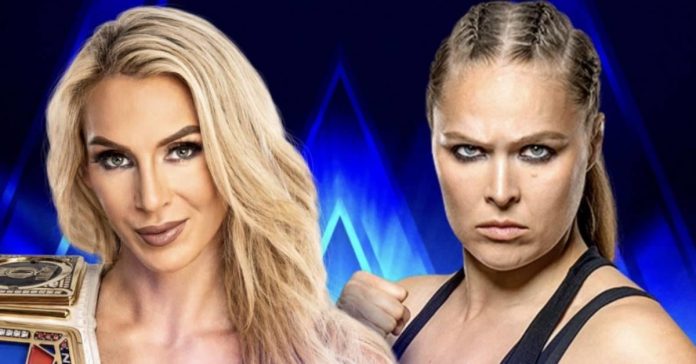 Tomorrow night, Backlash will be live on Peacock, but the show lacks any substance and underscores a much bigger problem for the company.

In years prior, Backlash was often the event that showcased rematches from Wrestlemania or had some type of follow-up on the biggest event of the year. This was necessary because fans just paid an increased pay-per-view price for Wrestlemania the previous month, and WWE brass had to give the audience a reason to spend the usual $34.95 for another PPV just a few weeks later.

There was an incentive to sell the show because there was a time when pay-per-view money was the biggest revenue stream for the organization.

In more recent years, particularly since WWE landed their guaranteed television deals, and even more specifically since the organization signed the mega Peacock deal for rights to the WWE Network, Backlash was booked as total cannon fodder because there wasn’t enough substance from a storyline perspective after the peak of Wrestlemania. Almost two decades ago, the rematch of The Rock vs. Hulk Hogan, based on a prior WM bout, was promoted as the main event of Backlash. In more recent years, Backlash featured the championship win for Jinder Mahal, and last year was the absolutely horrendous zombie segment. The zombies were unanimously panned as one of the worst segments of the modern era. The fact that Jinder currently has as much exposure as someone in the witness protection program tells you how successful his title reign was a few years ago.

The trend for a cannon fodder pay-per-view continues for Backlash. With just six matches on the card and only one championship bout, regardless of the quality of the matches, the broadcast is easily skippable based on the fact that no major progress will be made with the product.

Omos is an impressive visual and has some entertainment value as a giant, but similar to other giants in wrestling history, he has such limited mobility that there isn’t much he can do in the ring. By definition, the act doesn’t have longevity, and the argument could be made that Omos’ effectiveness might’ve already peaked on Raw. The five-minute match at Wrestlemania last month wasn’t anything spectacular, and it’s not as though fans are clamoring for a rematch. In many ways, it seems like the office is trying to shoehorn this angle into the product to attempt to get some mileage from the Omos experiment. Perhaps, WWE brass could get more from him back in the bodyguard role, but the harsh reality is that Omos as an in-ring wrestler just isn’t going to get over. Plus, Bobby Lashley already defeated him so most of his aura was already diminished. More than anything, you have to ask, what’s the point? If Lashley wins again, it’s unquestionably an indication that management doesn’t see potential with what Omos will do in the future. If Omos gets the victory, does anyone want to see the rubber match?

Happy Corbin vs. Madcap Moss should be a fine standard WWE match, but all things considered, this is another one of those, “does anybody care?” bouts on the card. Sure, Moss looks like he might have the potential to be a star one day, and there’s a reason that Crobin is a fixture of WWE programming since he can do anything they ask of him, but after the mid-card comedy team dissolves, does it matter in the big picture? These guys could have a great match, but because of their presentation and status on Smackdown, it will be forgettable.

Along the same lines, the AJ Styles/Edge feud just seems to lack any heat or steam to get the audience invested in its result. Maybe it was because the angle was thrown together merely for something for them both to do for WM, but Edge’s heel turn out of left field appeared to be forced and unnatural. Keep in mind, the best heel turns are based on the reasoning behind them because there’s a cohesive story for the audience to follow and connect with, which gives them a reason to rally the baby face in the angle. I’m not sure that AJ/Edge truly has any of those elements. Obviously, AJ and Edge are two of the best of their generation so there will be a quality bout, but at a time when solid in-ring action is more common, where’s the motivation or progress that was made from this storyline? Again, you can’t build a lot of steam when the heel turn to kickoff the rivalry was so flat on Raw. Damian Priest is a guy that has potential with a unique look and charisma so the association with Edge should theoretically be a bigger spotlight on him. However, at almost 40, Priest must at least be given the chance to do something of importance during his tenure alongside Edge or the peak of his WWE run might be as just a sidekick to a bigger star.

The Bloodline vs. RK-Bro and Drew McIntyre sounds like the main event of a random episode of Smackdown, not something that should technically be the top bout on a PPV. Similar to how Edge and AJ Styles were thrown together for WM last month, I would guess that this six man tag was booked because there aren’t suitable challengers for Roman Reigns more than anything else. That speaks volumes about the lack of strong baby faces across the board in the company. At one point, the Usos vs. RK-Bro was a title match with speculation that it might unify the tag belts, which would be a wise decision, but that was changed to the six man tag instead. So, nothing is on the line, despite some of the top guys in the company involved in the match. If you skip this, will you really miss anything? How many six man tag matches are used as a time waste on television that prove the lack of importance? It appears that this might set the foundation for a Drew/Roman feud. Besides the fact that the match has already been done, McIntyre was involved with the previously mentioned Corbin and Moss last month so if he currently a legitimate title contender?

As far as match quality and something at stake, Backlash might be a one-match show. After the incredible return to the WWE and some of the follow-up promos on Raw, Cody Rhodes might be poised to be the competitor that eventually topples Roman Reigns to claim the championship in honor of his late father, “The American Dream” Dusty Rhodes. The story writes itself and the dynamics of the angle will provide for a compelling narrative. We’ve discussed how logic and motivation are what give the audience a reason to rally the baby face. Obviously, Roman is the dominate champion so Cody will have to overcome the odds if he wants to win the championship, which is something that the audience can connect with on the show. Similar to their initial bout, I would guess that Cody and Seth Rollins will deliver another stellar contest, but the intrigue is based on if Cody can win again because that will give an indication of how serious management is about his path to the main event. If Rhodes does the job so early in his comeback, it hinders some of the momentum of his return. So, there’s a reason to watch because there’s something at stake for the characters involved in the match.

I will keep the discussion about the Smackdown Women’s title match short because the logistics of the angle are rather simple. Ronda Rousey doesn’t have the star power now that she had during her original WWE tenure, and her bitterness toward the fans after that might’ve tainted the audience’s view of her. The promos are bland and it sounds like Ronda is repeating the script to get the paycheck rather than trying to generate hype for a title match. I’m guessing the ref bump finish at WM was done to be able to extend the feud to Backlash so this is probably where Ronda wins the belt, but I don’t think that will translate into much of a payoff for the company in terms of viewership. There was speculation that Ronda’s current deal with the company will take her through Wrestlemania next year to finally promote a match against Becky Lynch based on their prior history, but I honestly don’t think that Ronda’s level of star power would have the type of longevity that a potential Rousey/Lynch contest would seem like a major bout next year.

Basically, Backlash seems like it was a show that the office booked because there was a pay-per-view on the calendar, not because angles were build toward a PPV. Outside of Cody/Rollins, this show seems very skippable. In truth, management probably doesn’t care if you skip this show because they are paid the same amount of money from Peacock regardless of how many people actually tune in for Backlash. The WWE has guaranteed money that will provide record-setting profits for the next few years so the vast majority of the criticism of the current WWE product is moot because from strictly a business prospective, it’s a very successful company.