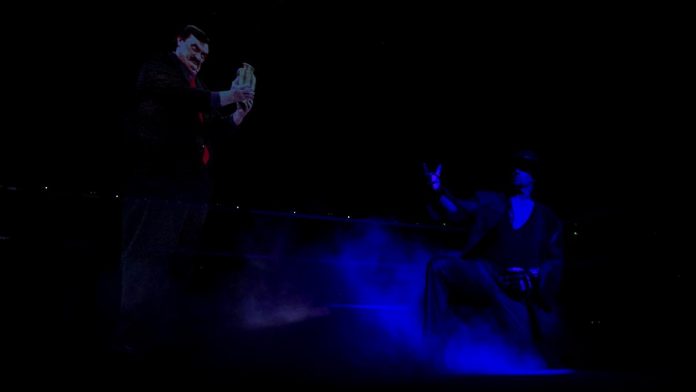 – WWE Chairman & CEO Vince McMahon is the one who booked The Undertaker’s “Final Farewell” segment at Sunday’s WWE Survivor Series pay-per-view, according to PWInsider. Vince was said to be hands-on with the segment all day in the lead-up to the pay-per-view. Triple H also likely had some input into the booking of the segment.

– Earlier this week the various WWE Producers for each match at the Survivor Series pay-per-view were revealed at this link. In an update or correction, Chris Park (Abyss) was not the only person to produce the Men’s 5-on-5 Traditional Elimination Match as Adam Pearce helped him. That match saw Team RAW (AJ Styles, Braun Strowman, Sheamus, Keith Lee, Riddle) defeat Team SmackDown (King Baron Corbin, Jey Uso, Seth Rollins, Kevin Owens, Otis) in a clean sweep.

This was not revealed in the earlier report but the WWE 24/7 Title segments, which featured title changes on the Kickoff pre-show and the main show, were produced by Park. The two segments saw the 24/7 Title switch hands between Akira Tozawa, The Gobbledy Gooker, and current champion R-Truth.

– Shane Helms recently returned to work for WWE as a producer. He was backstage at the Survivor Series pay-per-view, and worked RAW as a producer. Helms was furloughed back in April following the COVID-19 budget cuts. Helms made a cameo appearance at AEW’s Full Gear pay-per-view during The Elite Deletion match earlier this month.

– In other WWE Producers news, veteran talent The Brian Kendrick has been working behind-the-scenes as a producer for the WWE NXT brand as of late. It makes sense for Kendrick to work NXT because he’s already at the Capitol Wrestling Center on Wednesday nights for the weekly WWE 205 Live tapings. Kendrick has worked 6 episodes of 205 Live since returning to the cruiserweight brand in late August. The October 30 show saw Kendrick and Mansoor defeat Ever-Rise. Kendrick lost to Mansoor in singles action the week before, after losing to Isaiah “Swerve” Scott and Ashante “Thee” Adonis in the two weeks prior.