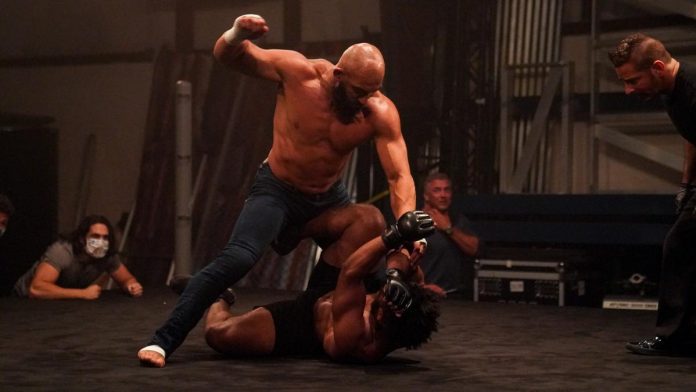 In an update, Mikey Spandex was the indie wrestler who lost to Ruas. Spandex also appeared last week, winning the very first RAW Underground bout over indie wrestler Dante Marquis Carter. Spandex and Carter team together on the indies as Task Force. Carter was also used this week, in a losing effort to Kato.

The female enhancement talents used for the Baszler fight were indie wrestlers Marina Tucker and Sofia Castillo. Castillo is the talent who Baszler attacked at ringside before Tucker entered the ring.