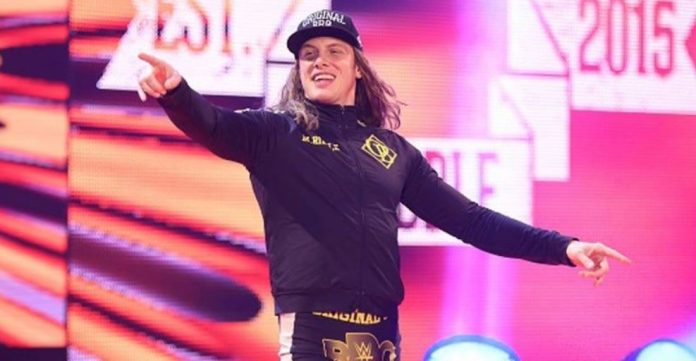 This Saturday, the Money in The Bank pay-per-view, a show originally set to be held at a stadium in Las Vegas before it was moved to the MGM Grand Garden Arena, will air live on Peacock. Aside from the fact that the event initially didn’t sell enough tickets to justify a stadium show, the booking of the MITB matches themselves seem to highlight some flaws within the structure of the product. First of all, I have to say, I think the company overplayed their hand with the initial venue for this pay-per-view. I understand that Cody Rhodes, who was a much bigger star upon his return to the company this year than he was when he left six years ago, was scheduled to be a major player on the card, but I don’t think even Cody’s renewed popularity justified a stadium event. Sure, they are a core group of diehard WWE fans, members of the audience that dress up in wacky costumes to try to get themselves noticed on television, that travel to most of the big cards. However, a look at the logistics of a stadium event just a few months after two nights of Wrestlemania and just four weeks before another stadium show for Summer Slam, will prove the flawed strategy.

By nature, when you run a stadium show, you’re banking on that traveling crowd, very similar to Wrestlemania or Summer Slam. The key is, those events have a name value and historic context to them based on the classic moments of the past. Obviously, Wrestlemania speaks for itself. Summer Slam has Bret Hart vs. British Bulldog, Bret vs. Undertaker, the TLC match, memorable bouts from John Cena’s heyday etc. While MITB has its share of iconic moments from the ladder spots or the cash-ins, the pay-per-view brand itself hasn’t been around long enough to have a “brand name” that sells itself. Truthfully, because MITB is designed to lead to the surprise cash-in later in the storyline, the biggest payoff on the show itself was when CM Punk beat Cena for the title in 2011, which isn’t something management is going to promote as a strong point in the event’s history.

Some have cited that WWE brass shouldn’t have tried to run a show opposite UFC 276 and the fight week festivities, but I think the situation is more complex than that. Sure, there’s some crossover for the audience that will watch WWE and the UFC, but those willing to travel to WWE shows aren’t the same group of fans that will fly into Las Vegas for the UFC events. However, the problem that was created by both organizations in the same city on the same weekend is that it becomes more costly to make the trip to either of them. When hotels have a higher occupancy, the price generally increases to cater to the supply and demand aspect of travelers. Furthermore, because of rising fuel costs, airline tickets are already much more expensive than last year, and again, the more seats that are sold, the higher the price is for the remaining tickets for flights. At some point, traveling to MITB becomes cost ineffective, which might’ve played a role in the sluggish ticket sales for the stadium.

At the same time, it could’ve been that those diehard WWE fans that fly to events either opted to travel to Wrestlemania and thus weren’t going to pay the cash to travel to another wrestling show just a few months later, or they simply wanted to wait a few weeks to attend Summer Slam, a pay-per-view with much more marquee value. Either way, I’m honestly not sure why management thought the MITB concept was strong enough to draw for a stadium, unless they assumed that Cody’s popularity would’ve been enough to draw for it before he got injured. Still, Summer Slam is regarded as the “big event” of the season so there’s just not realistically a spot for another stadium show on the calendar.

Speaking of Cody’s injury, not only did it flip the script for the MITB ladder match, but another injury to Randy Orton also led to the writing team trying to shuffle the deck to book an opponent for Roman Reigns. Without retreading the entire premise of the debate, we’ve talked about the lack of new stars and thus star power based on the 50/50 concept, an aspect of the WWE product that I discussed in an article last week. The bottom line is, the WWE doesn’t have credible challengers for Roman Reigns. Granted, Reigns is working a limited schedule, but the PPV shows usually have a championship bout at the top of the card. When the time was right, based on the storyline alone, Cody should’ve been the one to dethrone Roman after such an extended title run, which we can assume would’ve been started at MITB with Rhodes winning the contract for a title shot. Cody winning the championship for Dusty is still a money angle and he should still be the competitor that eventually beats Reigns, but with The American Nightmare on the shelf until next year, management has to at least attempt to keep the product compelling until the title switch. On the plus side, Roman has done so well in his role as the heel champion that I honestly think he has enough steam to keep the title until Rhodes returns. That said, what does management book for now?

As mentioned, Orton is on the sidelines so one of the key contenders for Reigns’ already limited schedule was scratched for the roster. Tomorrow night’s pay-per-view puts Seth Rollins, Drew McIntyre, Sheamus, Omos, Sami Zayn, Riddle, and another challenger that should be determined on Smackdown are in the men’s MITB match. While the women’s MITB match has more variables because of the potential fresh match-ups, the men’s ladder match is rather limited with what could realistically be considered a main event feud. Seth Rollins, despite the goofy gimmick and scripting, showed in the Cody feud that he’s still one of the best in-ring talents on the roster. That said, he was defeated throughout the entire storyline and isn’t really in the position to challenge for the title. Drew should’ve had more of a chance to shine when he won the belt during the pandemic, but Reigns/McIntyre was already done so there’s no need to revisit it. Let’s hope Omos doesn’t hurt himself or anyone else in the ladder match. Sami is one of the most entertaining stars anywhere in wrestling, but there’s no heat for a heel vs. heel feud. Riddle had a great match with Reigns on Smackdown a few weeks ago, and there was a stipulation that he couldn’t challenge for the title again while Roman is the champion, but the MITB contract could theoretically be a way to get around that.

My two cents for MITB is that Riddle should win the contract and cash-in at Summer Slam, especially because there’s absolutely no reason for another Roman Reigns vs. Brock Lesnar title match, which we can safely assume was booked because there isn’t a strong enough main event for Summer Slam with the full time roster. The potential for a Riddle cash-in at least provides some intrigue for the same instead of a recycled main event. Riddle’s presentation and scripting is hokey, but he can go in the ring and he’s over with the crowd so it brings a fresh dynamic to Summer Slam. More than anything, this entire situation is an example of the lack of star power in the company.