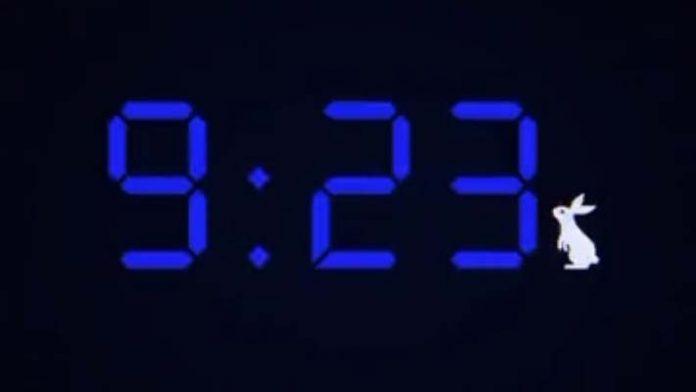 After fans could scan a code with their phone on Raw that led to a teaser video of White Rabbit for an implied reveal this Friday on Smackdown, many on social media speculated that it could be the return of Bray Wyatt, who was released due to “budget cuts” related to the pandemic.

The numerous ways that WWE brass misused and mismanaged the career of Bray Wyatt, including burning him alive on pay-per-view before he showed up as a burned marshmallow, have been well-documented so there’s no reason to rehash all the details. However, I think it’s worth mentioning that I’m not sure there’s any other wrestler in history that the WWE has missed the boat on as big or as many times as Bray Wyatt. That’s not to say he would’ve necessarily been the biggest star of all time, but rather that he could’ve been a very big star, but management completely fumbled it several times throughout his WWE tenure. In many ways, it’s a small miracle that Bray has any steam left as a pro wrestling character because usually all it takes is one major botch in the direction of someone’s career for their star power to be stained. Lex Luger was never the same star in the WWF after the DQ win at Summer Slam 1993, and it took a jump to WCW to rejuvenate his status. Bill Goldberg never recovered from the way the streak was handled and was booked secondary to Triple H during his original WWE stint. It took twelve years for him to regain the aura he had in his prime. Being burned alive, the infamous cell match with Seth Rollins, the horrendous swamp fight, getting squashed by Goldberg, not beating John Cena at Wrestlemania 30, being used to attempt to get Roman Reigns over during the failed baby face push, and the way the burnt marshmallow was written off of television a few months before his release were all ways that subpar booking damaged Bray’s career. Again, it’s a small miracle fans still want to see the character after how silly he was made to look and beaten into powder at marquee events.

But, a new regime could theoretically give Bray Wyatt a fresh start so is it possible that he’s the white rabbit?

All things considered, if I had to guess, I’d say that yes, Bray is the surprise for Smackdown. The cryptic reveal is something that would fit with his persona and would be a way to create as much distance as possible between the current Bray and the previously mentioned burnt marshmallow. The only downside is that the timing doesn’t lend itself to any major pay-per-views so you not going to get a surprise Wyatt return in the Royal Rumble or an automatic set up for a Wrestlemania match.

They played “White Rabbit” during a #SmackDown commercial break. pic.twitter.com/Z08F3x6PZQ


By nature, pro wrestling can be a genre where the preposterous can seem posterous. It’s a fine line and it’s easy to jump the shark. Everyone knew The Undertaker couldn’t summon lightning bolts in reality, but it was done in such a way that the audience could give that a pass and get lost in the spectacle of the moment. For example, Matt Hardy teleporting on screen is obviously not actually possible, but fans see pyro at wrestling shows on a regular basis so they know it can come from somewhere in the arena when The Undertaker hits a pose. In a similar fashion, if Bray pops up on Smackdown, it would be best for the presentation to completely omit any of the subpar portrayal of the character from the tenure last year. The Fiend, the burnt marshmallow, or any reference to it should be completely avoided.

It speaks volumes to his ability as a performer that the audience still reacts with this level of anticipation for a potential Bray Wyatt return. Make no mistake about it, Wyatt has all the tools of a major star. He has the in-ring work, the mic skills, and the charisma to draw money. Quite simply, Wyatt has an “it” factor that can’t be taught, regardless of how many former athletes from other sports get put through the assembly line at the Performance Center.

If the White Rabbit reveal isn’t Bray Wyatt then whoever it is will probably have more of an uphill climb to get over with the audience because of the expectations of the teaser videos. However, not knowing for sure and some mystery ahead of when Smackdown is on the air is part of the fun. For example, some fans might’ve had some idea of Chris Jericho’s WWE debut, but when the surprise is still there, it creates more of a memorable moment. If the videos are for Bray Wyatt then I’d say that his fresh character should resemble some of the aspects of what made the original character popular. Evolve beyond the origins of the swamps of the initial NXT vignettes, but give him the Jim Jones type persona and allow for the type of run the original Bray Wyatt character should’ve had several years ago.

As with anything, the success of a Bray Wyatt return to WWE will depend on if management has meaningful angles for him beyond just the debut pop since we know that’s easy. The character must have a purpose and importance that will allow Wyatt to continue to progress throughout a new stint in the company. Sure, I’m guessing the money to re-sign with the organization is very good, but if Bray is going to return only to spin his wheels with counterproductive booking then the intrigue of the return is moot point for his career.