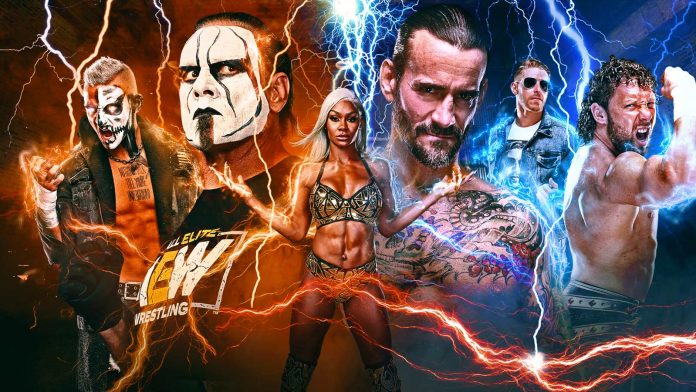 I have been a fan of All Elite Wrestling since its inception. In their 3+ year history, the product has been mostly pretty good, and serves as an escape for those long jaded with the WWE brand of sports entertainment. While the product may serve a specific niche of wrestling fans, ratings have shown that enough of these fans can successfully support it.

However, no product is without faults, and AEW has a few of them. From an under-booked women’s division to an often too fast-paced weekly show(s), a lot of AEW’s shortcomings could be solved with one simple fix:

This simple move would affect multiple facets of AEW in a positive way.  I’ve painted a picture, let’s put it in a frame and dig in. 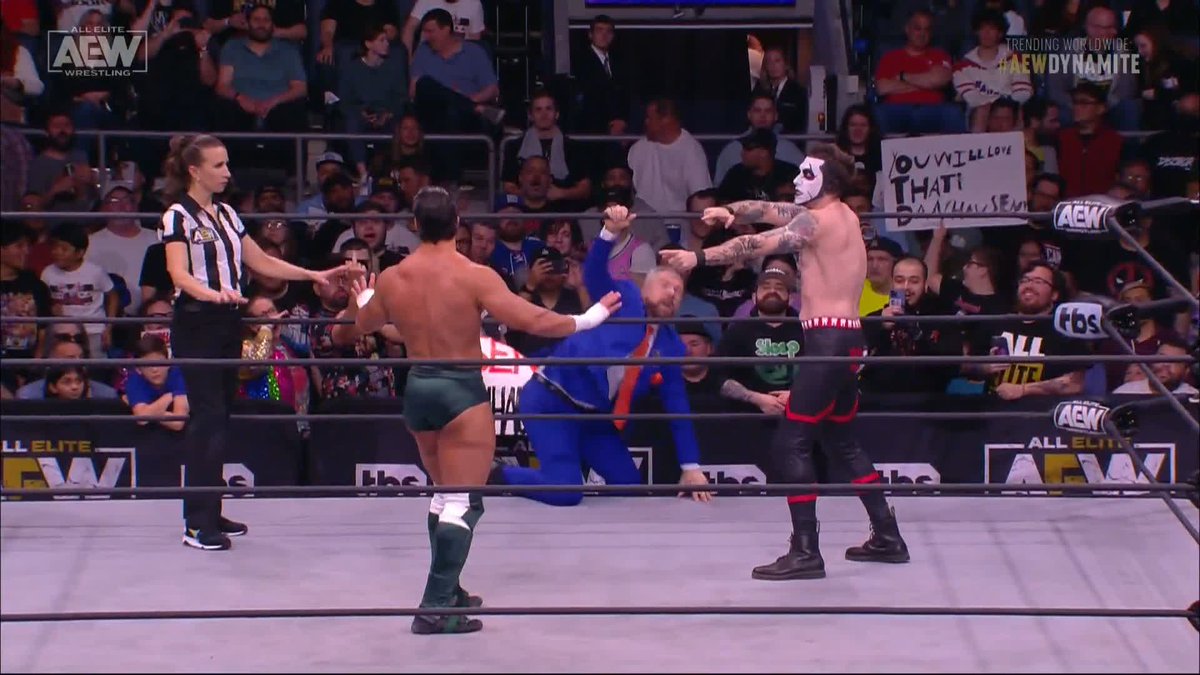 When you watch Dynamite and Rampage you generally get a good wrestling product. I would argue the quality of long-term, fiery storytelling is usually top tier, and the quantity of bell-to-bell wrestling exceeds Raw, Smackdown and NXT on a weekly basis.

But the show never gets to breathe.

Tony Khan is attempting to cram a roster of nearly 100 in a span of 3 hours per week. The result is  a “blink and you’ll miss it” style of TV production, and this can lead to rushed, and sometimes uninspiring segments and needlessly short matches. When you’re cutting out entire entrances of talents on your own roster to save time it sends the message that fans shouldn’t even care about who is in the ring.

Case in point, Tony Nese’s entrance was cut last week to save time, yet disguised as a part of a storyline. I see what you did there, TK…

Adding an extra hour to Rampage means Khan doesn’t have to scramble to squeeze as much as possible into 3 hours of weekly television. Letting the show breathe will do the product as a whole wonders.

Instead of cramming 6 Dynamite matches and 4 Rampage matches into every week, TK can instead spread this out to 5 matches per show. This even gives room for better-paced segments, and even more time given to members of the roster that we don’t see often (*cough* *cough* the women’s division *cough*)

Let’s face it: Professional wrestling is not often must-see TV. You can catch an episode of Dynamite or Rampage at a later time, or even catch clips via YouTube. It’s not the same as live sports where knowing the result ahead of time may sully the replay value. This is why so often the NFL/NBA/NHL beat out both WWE and AEW in ratings.

So what would happen if Rampage went live every week?

I have to imagine that spoilers do take away some of the allure of watching Rampage. If I’m home on a Friday night (maybe half the time?) then I’ll likely put it on. If I have already caught spoilers, though, I’m less likely to do so.

We simply live in a time where spoilers are very hard to avoid if you’re on social media at all. Going to a two hour LIVE format accomplishes three things:

This should be incentive enough for TNT to allow an extra hour in a AEW-absent timeslot (8-9CT) that is likely getting low ratings as is. Thunder Rosa is the current AEW Women’s World Champion. She’s pretty damn good, but do you know how much she’s been on TV in total since winning her title in mid-March?

Generally speaking, there is no excuse for this. However, adding an extra hour to Rampage at the very least solves this problem. With an extra hour per week, time can be given to a Thunder Rosa’s reign, and the women’s division. For example, I would loved to have to seen a simple, but effective tag team match between Thunder Rosa & *random face* vs. Serena Deeb and *random heel* to help push their match at Double or Nothing. But all we’ve had is a few short and quick promos.

There is enough talent here not only for an extra segment/match or two a week that would help fill an extra hour of Rampage, but put a larger focus on the women’s division as a whole. It also sets the stage for the much needed and coveted AEW Women’s Tag Team Championships.

This is by far the greatest reason to add an extra hour to Rampage, but there’s more… 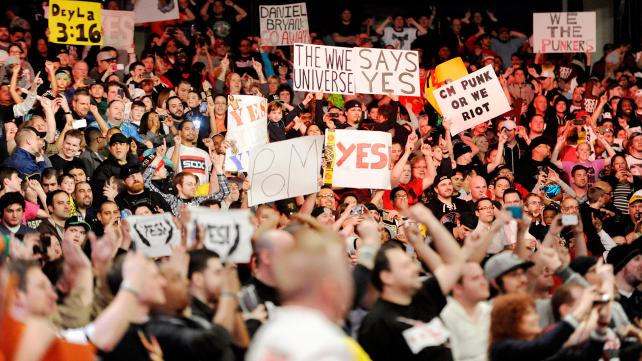 As I mentioned above, AEW appeals to a niche in the wrestling fan base; the hardcore wrestling fans who have long enjoyed pro wrestling beyond the sanitized WWE Universe. While WarnerMedia is happy with AEW’s ratings, it doesn’t mean they shouldn’t grow. I want AEW to be around for decades to come.

But I never want AEW to change their product to appeal to casuals. That’s a ridiculous argument to have when an “industry expert” (Bischoff, Booker T) basically states that AEW should be more like WWE to pull fans away from WWE.

However, two things to point out:

If by chance a WWE fan wants to give AEW a shot and tune in to Dynamite or Rampage, they might be met with a show that moves extremely fast; and possibly too fast. If a new viewer struggles to keep up with a crammed show, they might be turned off.

Second, if Rampage starts during Smackdown’s last hour (airing at 8PM CT), some fans may decide to tune in to check out the product. It’s not a guarantee that the WWE faithful would pull-away from Smackdown in favor of Rampage for long, but it’s likely some fans here and there would change the channel at least once out of curiosity.

And you never know, they might be pulled in…

TK Gets Some Much Needed Help 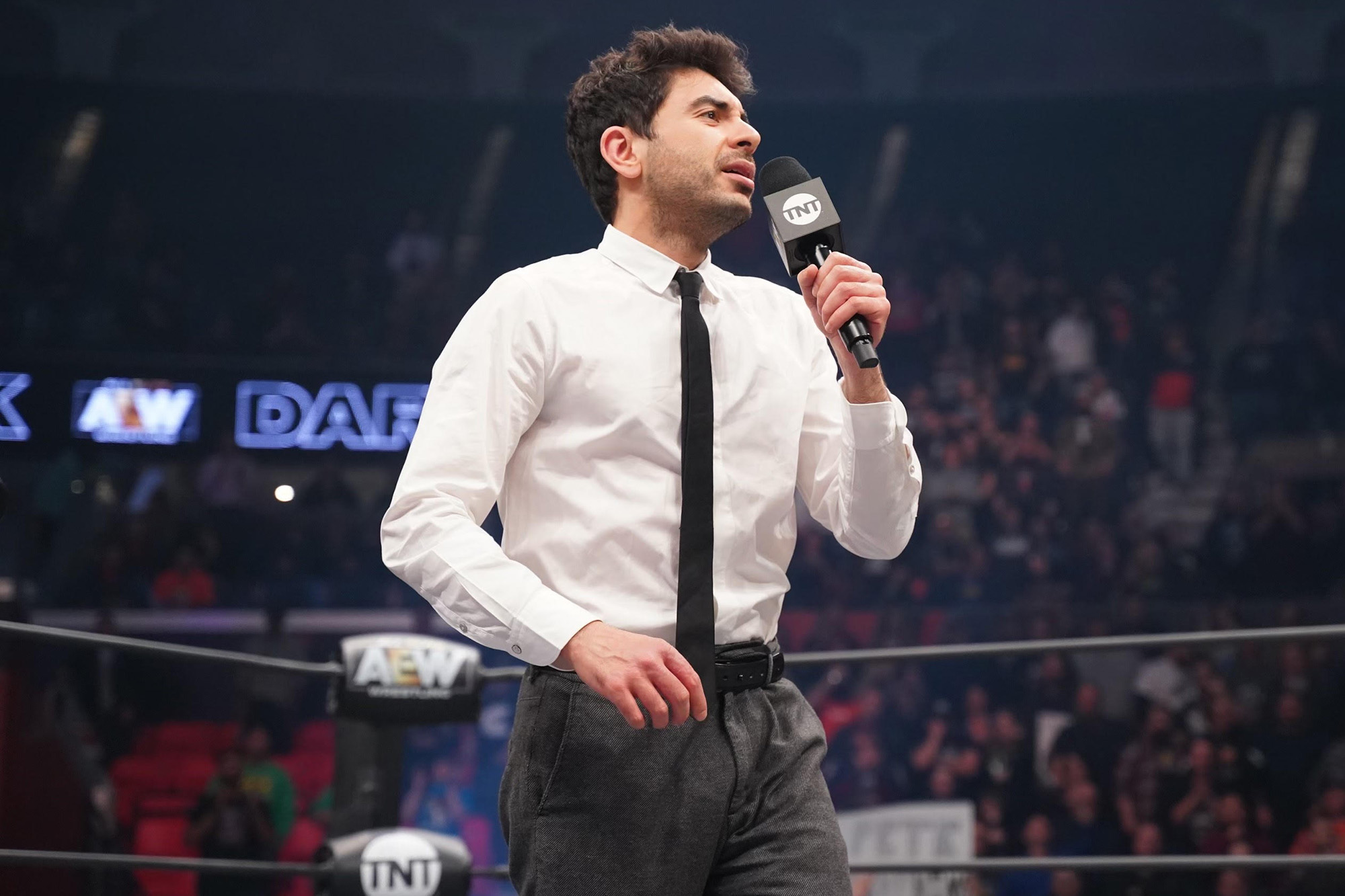 Tony Khan is a wrestling super-fan that majored in business. He also happens to be a billionaire, and co-owner of the Jacksonville Jaguars and Fulham F.C.. Overall, he’s done pretty well running a wrestling promotion that is still less than 4 years old.

Yes, he has stated that he has help, but that all final decisions go through him; which is reasonable. But I still get the sense that he still has a lot on his plate by sometimes sporadic booking and the hectic pace of many Dynamites.

Adding one more hour forces him to get help. He has a plethora of great wrestling minds to pull from, including the newly added former WWE producer Pat Buck. But I would argue that the pace of both shows would greatly improve if Khan has to lean on a few more to fill an extra hour of television.

Paul Heyman nearly killed himself with doing too much in ECW. Khan doesn’t need to go down the same path. 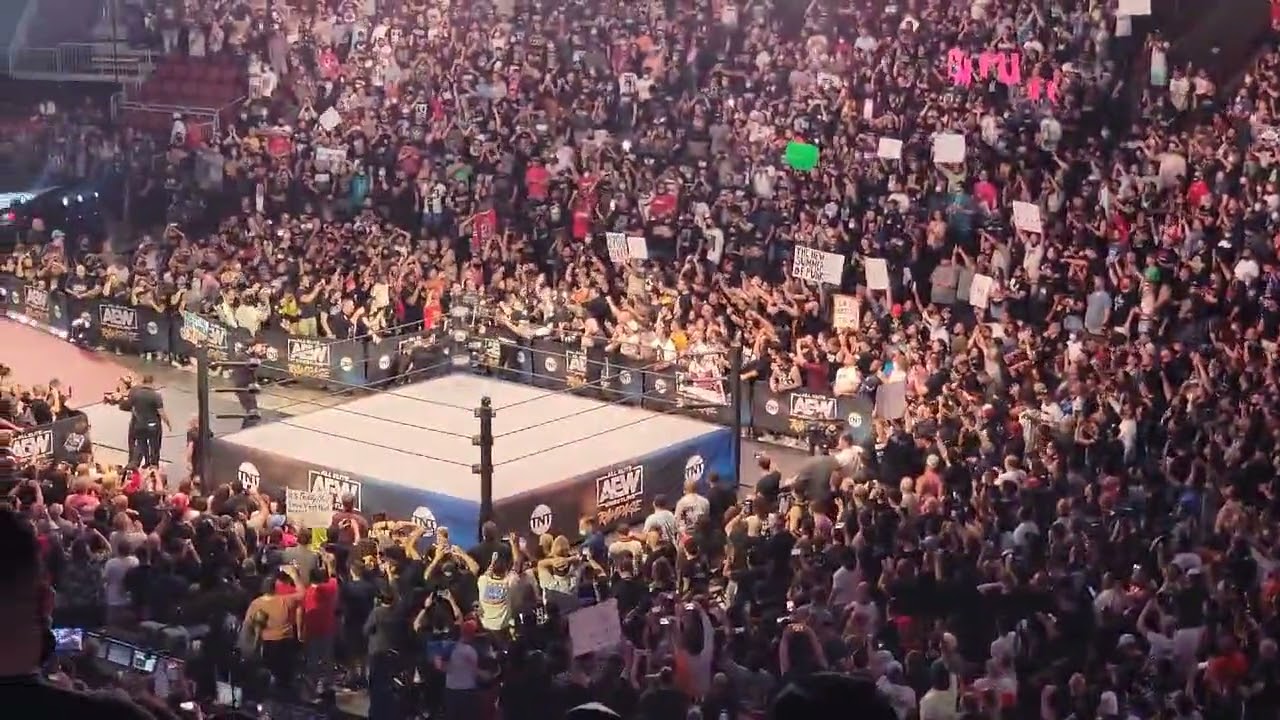 I recently attended an ACW show in Wisconsin where I met Danhausen and Ethan Page via meet and greet (I gave them the monies). This small convention center in the middle of Wisconsin was sold out. These fans were overly enthusiastic, and even rabid, about what was a pretty stacked lineup + meet & greet.

While this pandemic is still technically present, in many ways, it’s over. Folks are longing to get out and about this Summer, and attending special events will see large increases over the next few years.

When I attend the upcoming Dynamite in Milwaukee on June 22nd, I am already prepared for what will be a very long night. This includes tapings of AEW Dark/Elevation, Dynamite, and Rampage. That’s 6+ hours of wrestling jammed into one night.

I’d argue that Khan could start running two-hour Rampage’s (with a Dark or Elevation taping) separate from Dynamite and still draw in enough fans to put butts in seats and make a profit.

Even Raw or Smackdown aren’t drawing over 10k for their weekly attendance figures, so it’s not as if Rampage has to fill entire arenas. I know it’s seen as AEW’s “B-Show”, but that doesn’t mean it doesn’t deserve an awake and excited live audience.

All Elite Wrestling has become very big in a very short time. When you consider the level of talent amassed by Khan, and the numbers already put up, the company has been a crazy success. Remember, AEW didn’t have the 60+ year head start that WWE has on them. There are still growing pains, and it will take some time for the perfect formula to be crafted.

But what is (and has been) painfully obvious is that for how good the shows tend to be (primarily Dynamite), is that they could be so much better if not so frantically rushed.

I can’t pretend to know the logistics of such a move in regard to financials, equipment, scheduling, and if WarnerMedia would even be interested. But what I do know is that simply extending Rampage out one hour at least gives the opportunity for AEW to become a better rounded product overall.

This can, and should, become a reality sooner than later.