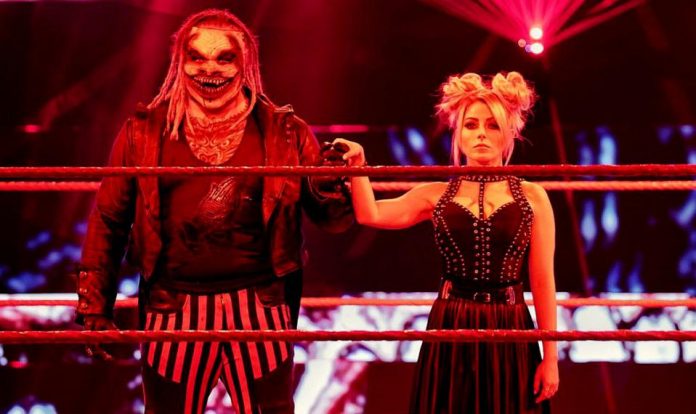 Shocking releases happen in WWE, and fans expect them every year. Usually, there aren’t many that unanimously shock the core of the fanbase, but no release in recent history was more shocking than the announcement of Bray Wyatt’s departure in July of 2021.

Not only were fans completely baffled, but many wrestlers had also expressed their surprise at the news. There had been rumblings of issues arising between Wyatt and Vince McMahon for several weeks leading to the superstar’s release. But because of the incredible talent Wyatt possessed and the creativity he had shown throughout his career, it seemed as though he would never be fated by the “we wish him the best in all his future endeavors” sign-off.

Although Wyatt hadn’t been on WWE television since WrestleMania 37, the fans were invested in the direction of his current character creation. The juxtaposition between The Fiend and the Firefly Fun House was one of the most unique directions the company had taken in a long time, if not ever.

The introduction of Alexa Bliss to the Fiend storyline added an element that not only elevated his character but also boosted her presence on the WWE roster. Up until that point, Bliss had never drastically changed her character or appearance no matter if she was a heel or a babyface. Her progressive transformation into the much darker role was nearly a match made in pro wrestling heaven. She excelled at what she was given and her performance captivated the audience just as much as Wyatt’s eccentric characters.

Her infusion into the feud would result in an intergender match made between her and Orton at the Fastlane PPV in 2021. Given the fact that WWE wasn’t interested in bringing those matches back at the time, Bliss’ character would use her supernatural powers to overwhelm and distract Orton for The Fiend’s eventual return.

The story would continue until WrestleMania 37, as The Fiend with Bliss by his side would take on Orton in what would be their final matchup. Despite the intensity of the match and Wyatt’s presence, Bliss’ performance was the standout of the night. She would appear right next to the ring and black liquid would pour down her face, distracting Wyatt enough to allow Orton to get the win.

Both Bliss and The Fiend would partake in a stare-down, as the audience fell into complete shock from what they had just seen, and the two would disappear as the lights went out. That would be the last time Wyatt would be seen on WWE programming until his eventual release nearly four months later.

During that time, it appeared as though the creative direction for Bliss’ character was on par with what she had done leading up to WrestleMania. And for the next several weeks, we would be introduced to a new part of her character with the introduction of Lilly the doll.

Lilly would become a central part of her character and storylines going forward, with Charlotte Flair even tearing the doll after their championship match at Extreme Rules. She would take part in several matches over the next few months and took time off after the Elimination Chamber PPV to get married.

We wouldn’t see Bliss return to WWE television for three months, and it was clear at that point that WWE had no intention of continuing her most recent former gimmick. Since then, Bliss has struggled to develop an interesting storyline and character that once made her stand out from the rest of the division.

The lack of creative direction was thought to be the result of Vince McMahon’s creative team not being on board with what Bliss had been doing. Since Triple H took over in late July, there was hope the former head of creative would reinvigorate her seemingly stagnant return. But that is yet to be seen.

As the Wyatt return rumors have ramped up over the last month, particularly with the mysterious white rabbit references, fans have formulated a new stable they’d love to see Wyatt form. Although Bliss hasn’t been included in many of these ideas, she could greatly benefit from being a part of it.

The new group would be a culmination of superstars that have returned under the new Triple H regime; Karrion Kross as the white rabbit, Scarlett as Sister Abigail, or Abby the Witch, Braun Strowman as Huskus the pig, and Dexter Lumis as Mercy the buzzard. If that were to transpire, Bliss becoming the real-life version of Lilly the doll would be a phenomenal move creatively. Working with Wyatt was some of the best work of her career and the hard work she has demonstrated has proved she deserves another chance at the role.

As WWE continues to transition into a new era, Bliss should be given this opportunity to flourish at a character once again. Although it appears more than likely that Wyatt will return soon, whether or not it actually comes to fruition is unclear. But one thing is clear: Alexa Bliss deserves better and Bray Wyatt returning would the perfect way to deliver that.