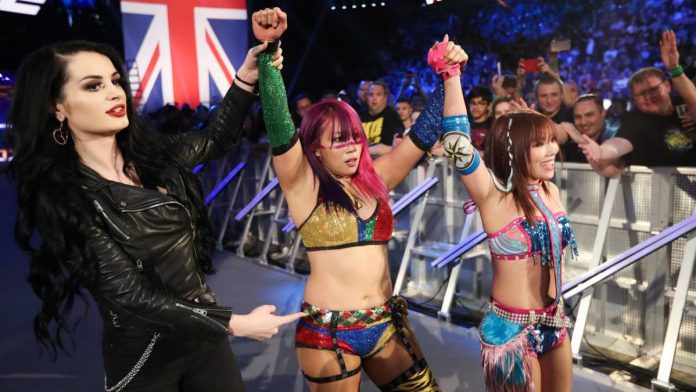 Paige then says The Kabuki Warriors are taking over the women’s tag team division and vows they will become the next WWE Women’s Tag Team Champions.

Paige also explained the name on Twitter in response to a fan who criticized it.

You know it was the girls who chose their name right? Well technically they wanted “kabuki girls” but it was changed to kabuki warriors. Chill https://t.co/2p5TAspX9h

Asuka explained the meaning behind the name on Twitter.