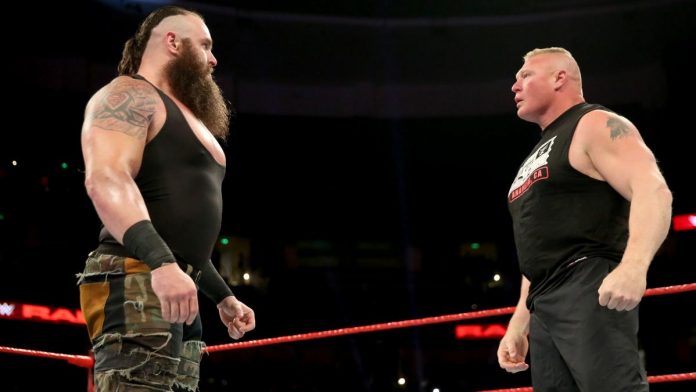 After suffering a shattered right elbow back in November and undergoing surgery, Braun Strowman officially wrestles for the first time since his injury at the Royal Rumble, challenging Brock Lesnar for the Universal Championship.

“The Monster Among Men” came to Raw this past Monday night to throw down with “The Beast Incarnate,” but Lesnar refused to give Strowman or the WWE Universe the fight they wanted.

The segment was booked in a way for them not to touch each other because Strowman is still not cleared to compete, according to Dave Meltzer on Wrestling Observer Radio. Strowman is still recovering from elbow surgery but the belief is that he’ll be ready in time for the Royal Rumble.