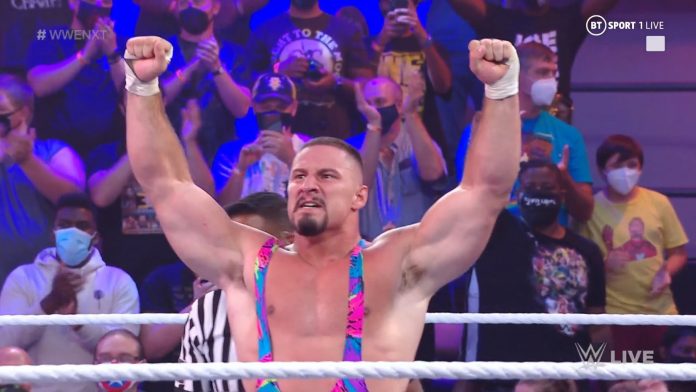 What’s old is new again is a cliche, but sometimes cliches remain true for a reason.

We’ve seen the past several years, particularly since the return of Brock Lesnar to the company several years ago that Vince McMahon relied on nostalgia acts to boost the promotion, which is a much easier booking decision than trying to bank on a new star that may or may not reach the level of the previous generation. Granted, that’s not to automatically say that it was a mistake at different points, either. One of the perks of running a successful company for decades and surviving the downturns of the industry, the Monday night war, and the steroid trail against the federal government is the history of the organization becomes its own revenue stream in various ways.

Keeping in mind, the vast majority of the WWE Network, the streaming platform that the company landed a billion dollar contract for with the Peacock deal, is built on content from the past. Of course, as specific generations reach that nostalgia phase as a throwback to their youth when they discovered the sport, there’s also an entire catalog of merchandise geared toward that demographic as well. The younger fans that will buy a Roman Reigns or Sasha Banks t-shirt won’t be the market for the retro Razor Roman or Bobby “The Brain” Hennan items. In truth, it does necessarily matter if the newer generation follows the classic content or not, as long as there’s a market for the retro merchandise then it’s another successful revenue stream for a company that already touts record-setting profits.

That being said, while there was a time to cash-in for the original Goldberg comeback in 2016 and the moment when Sting finally debuted in WWE in 2014, there’s no doubt that the business model, at least for the moment seemed to be geared toward the short-end money. On one hand, taking the money on the table makes sense, but on the flip side, is that cash being made now at the expense of more money in the future? The concerning aspect of all of this is not the actual stability of the company, the WWE is financially secure for decades, and while I don’t think the McMahon family would ever want to sell because at some point, the profits just become numbers on a page, prehaps the lack of focus on the next generation is that if a sell happens, it would be the next management team’s problem.

Still, the lack of competition in the industry, at least until a few years ago, along with the hefty TV deals created an almost unintentional level of mediocrity within the product. When the WWE was the only major promotion in existence, even when the Roman baby face push flopped, the office didn’t have to change their path because in many ways if fans in the United States were going to watch sports entertainment then they were going to watch WWE. What was the alternative? If someone had access to or could find Pop TV in 2016, they could watch a rather subpar product that had the lead in of ice fishing from Poland.

The perception of the WWE today is that it’s a very successful publicly traded global corporation, but the key point being much of that is based on the success of its past, not the projected success of the future. I’ve written about several examples in the past and we can parse details for as long as a Hillbilly Jim Hall of Fame speech, but the bottom line is, outside of Roman Reigns and Brock Lesnar, WWE brass has presented its roster as interchangeable parts of the machine so there’s a ceiling to how far the brand itself will get over with the audience. Granted, the upside of that philosophy is that it reduces the impact on the program if a top star is injured or has a contract dispute, but the argument could be made that the potential downside could have much more of an effect on the organization. When the brand itself is the draw, by nature, it will only get over to a specific level. A prime example of this, the WWF logo was majorly over in 1998, but the fuel of that momentum was the star power of Stone Cold, The Rock, Mankind, and others.

Other than Roman or Brock, who could be the fuel for the future?

Quite frankly, the current WWE roster is arguable the best in-ring collection of talent in the history of the promotion, but also one of the lowest in terms of star power, which speaks directly to the presentation of the product. Drew McIntyre should’ve been protected better as champion, the amount of Sasha Banks heel turns in the span of just a few years made one of the most talented in the entire company without any momentum for an extended period of time, and Big E probably should’ve had the title two years ago. The cringe worthy segments on Raw with the golden egg insult the viewer’s intelligence and give them a reason to change the channel. The zombies, the swamp fights, and often counterproductive 50/50 booking made the product either frustrating, unwatchable or both on any given week.

The “shock TV” of the Attitude era had its day and any notion to go back to that is misguided, but where’s the anticipation for episodes of Raw or Smackdown? When is the last time there was a major buzz around the WWE product? How does a company that has dozens of writers lack any hype? Again, given the 50/50 booking style, does anyone think that the New Year’s day pay-per-view will actually have a major impact on the show or any progress will be made for the angles? Instead, it’s just a corporate strategy to run an event on the holiday with the progress for the product being made at The Royal Rumble a few weeks later.

There are several very talented WWE stars, but the vast majority of them have been tainted in some form or fashion by the booking mishaps mentioned previously. There were too many “can’t miss” stars that the writing staff somehow managed to miss so there are no guarantees, but I honestly think that Bron Breakker has the potential to be an eventual Wrestlemania main eventer in the not too distant future. There will only be one Kurt Angle, and putting those type of expectations on Bron would be unfair, but as far as being a true natural in the ring, Bron might be near the Angle level in terms of his ability to performer at a main stream level very early in his career. Bron Breakker only had a few matches before he showed up on NXT TV and looked like a seasoned pro that had at least a few years experience on television.

Breakker has the intensity and brings a level of charisma to the table that could put him in the role of a fiery baby face that the fans could rally for when he makes it to the main roster. I know this is putting the cart before the horse, but just as an example, Breakker vs. Roman Reigns would be a match that would generate a buzz now, but would be an even bigger match after Bron gets a proper push on the main roster. I’m as skeptical as anyone about the WWE process and consider the chances for success on how someone is booked as a toss up, but I honestly think that Bron Breakker could be a legitimate money drawing star for the company. It will be interesting to see what happens because much of what makes Breakker stand out is the raw talent that guys from a previous era had so the dozens of writers could either dilute his skills or simplify the process to allow him to organically get over with the audience.