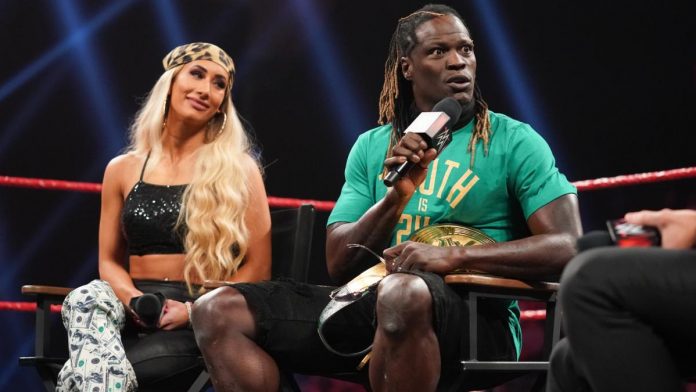 – Dave Meltzer of F4WOnline.com noted the following regarding Carmella and R-Truth being separated in the 2019 WWE Draft:

“R-Truth had to stay there [on Raw], but because Corey Graves got moved to SmackDown, Carmella had to go there, so if you’re wondering why they were broken up, that’s the reason.”

– As seen on RAW, Humberto Carrillo was Drafted in the 3rd round which surprised some fans. According to F4WOnline.com, there are plans for Carrillo to be groomed as a next generation Hispanic star in WWE and that’s why he was drafted so early.