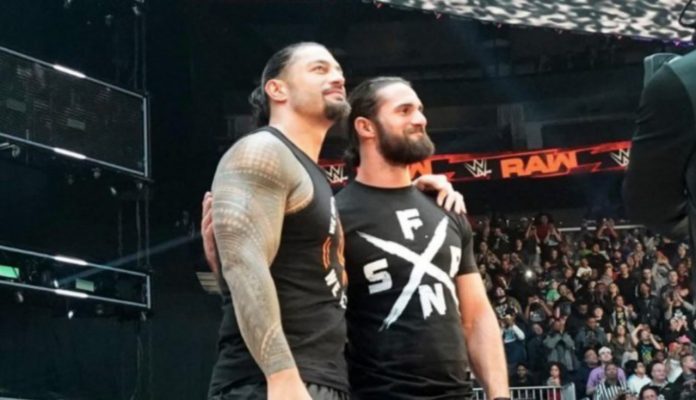 Raw this week kicked off with the return of Roman Reigns to announce his leukemia is in remission. Right after his emotional speech, he reunited with his former co-Hound of Justice, Seth Rollins. Ambrose didn’t join them on stage, sparking much speculation.

According to Fightful, Ambrose’s non-appearance was his own choice. Ambrose was very emotional while Roman was sharing the positive news about his return.

Later in the show, Drew McIntyre beat Ambrose in a No Disqualification Match after Elias nailed Ambrose with a guitar. Baron Corbin and Bobby Lashley joined McIntyre and Elias in a post-match beatdown of Ambrose. Reigns and Rollins then showed up to fend off Ambrose’s attackers.

According to Fightful, WWE didn’t make the call to book this angle until after Roman’s announcement.

According to John Pollock of POST Wrestling, the WWE creative team plans on doing a Shield reunion match. Pollock was told that it’s only a question of whether it will be a 3-on-3 match against Corbin, Lashley, and McIntyre, or if it will be 4-on-4 with Braun Strowman joining The Shield and Elias joining the heels.

“It has been debated back-and-forth and as of Monday night, they were unsure what option they would go with,” Pollock wrote.

“I was not told when the match would take place, although Fastlane seems to make the most sense given Seth Rollins already is in a match for WrestleMania.”