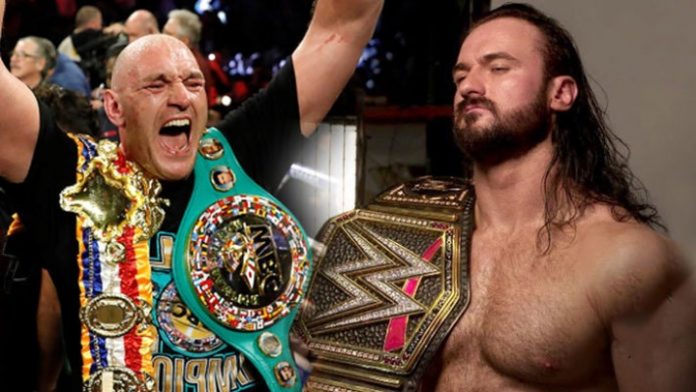 Last night, Tyson Fury and Deontay Wilder competed in a modern heavyweight classic, completing their trilogy when Fury sent Wilder to the canvas in the eleventh round, which prompted the referee to halt the bout. The third fight was delayed with court decisions on the rematch clause and positive COVID tests on Fury’s team so pundits wondered if the bout would be worth the payoff, particularly after Wilder’s one-sided loss in their previous bout early last year and the split decision draw in the original fight.

Thankfully, the heavyweight clash was absolutely thrilling, as the fighters exchanged knockdowns throughout the duration of the contest. The momentum tilted back and fourth, building the drama along the way. However, at the final bell, Fury, albeit not as dominate, basically used a similar plan as the bout last February. Fury used combinations to rack up damage and slick head movement to avoid punches, while Wilder showed variety early, but fell into the pattern of looking for one big punch to end the fight.

This angle of Fury’s KO 🔥#FuryWilder3


In some ways, Deontay Wilder’s status as a legitimate heavyweight champion was on the line because while he brought remarkable punching power, his knockout percentage was boosted by fighting tomato cans in the early portion of his career. Truth be told, Wilder fought some solid competition, but the argument could be made that Fury was the most dangerous guy he fought in his career. After the court decision that brought the rematch to the table, which shelved the anticipated Fury/Joshua encounter, Wilder had to prove that this trilogy fight was worthwhile, especially after Anthony Joshua’s recent loss diminishes any demand to see him in the ring with Fury.

Wilder is still a mostly one dimensional fighter, that’s not a criticism, but rather just who he is as an athlete, and his prior excuses for his last defeat were silly, but he proved himself to be a worthy contender in this classic showdown.

These two exchanged power punches for eleven rounds, and at a time when a clown like Jake Paul tries to claim to be a boxer with sideshow antics, Wilder/Fury was a credit to just how great the sport can be when two fighters in their prime are signed to compete for the championship.

Considering they both lost recently and it fits within the narrative of the heavyweight division, prehaps Wilder/Joshua will be the fight to sign at some point in the future. On the flip side, Fury has a chance to ride the momentum of the victory and possibly wait until another challenger emerges within the division. That being said, what does Tyson Fury do next?

Almost immediately after his name was announced as the winner, speculation surfaced on social media about a potential return to WWE for Fury, who worked a match against Braun Strownman in Saudi Arabia in 2019. Granted, the reported $15 million the Saudis paid him for the propaganda material was the major reason that Fury stepped into sports entertainment, but with the current WWE landscape, there might be another big match as an option for him in the company.

Drew McIntyre has mentioned a potential bout against Fury in the past, probably to attempt to drum up publicity since such a match would bring a big payday for him too, but beyond that, it makes even more sense now. Obviously, their shared European background would be a major draw in that market, and Drew is a much bigger star now, despite management fumbling his title reign than he was when Fury was involved in the WWE in 2019. Considering Fury’s level of stardom and the attempt to try to draw crossover fans, he’s not going to be booked to work with someone from the 24/7 division. Not only is Drew a big enough star to work with Fury now, but the fact that he’s a former champion adds more sizzle to the scenario. Plus, the fact that the classic bout with Wilder generated a tremendous amount of buzz, Fury is probably at his peak in terms of star power so this would be the time to book a return to WWE.

As mentioned, it would be a huge draw in the European market, and since the WWE Network, regardless of the platform where its hosted, eliminates some of the hurdles of traditional pay-per-view, a stadium show in England might be the location for the biggest impact for the company. Again, considering the fight Fury just had and the way it solidifies his status as the undisputed heavyweight champion, a stadium event, somewhat of a throwback to Summer Slam 1992 in England, is probably a reasonable goal. While it wouldn’t be a big as Mike Tyson’s involvement in WWE in 1998, because there are only a handful on boxers in the history of the sport that would have that type of impact, Tyson Fury as a headliner for a British pay-per-view would be a great PR move for WWE.


Right now, with the recent success of All Elite Wrestling, there’s somewhat of a shift within the narrative of sports entertainment. Based on the signings of CM Punk, Bryan Danielson, and Adam Cole, AEW looks like the place to be, giving it the perception that the promotion looks to progress toward the future. At the same time, the common criticism of WWE is that there aren’t current stars and those from the past are used to boost events. The eccentric heavyweight champion in a WWE ring would grab some headlines and give the WWE a current star for the sports world to promote on pay-per-view. Speaking of champions, the WWE champion, Big E did introductions for the boxers on the broadcast and was in the crowd. It should be obvious, but Big E has the charisma and the mic skills to be a main stream star for the WWE.