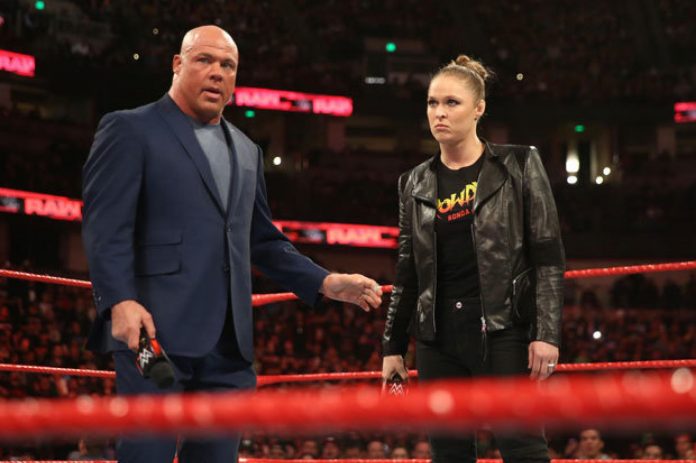 Rowdy Ronda Rousey defeated Charlotte Flair in an I quit match at the latest Premium Live Event, WrestleMania Backlash. The two superstars showed why they are main event caliber and it was clear the stipulation benefitted the match and performers. At the same time, the build-up of the feud did not have a lot of memorable back and forth moments on the microphone. That is not to say Ronda Rousey is incapable of cutting a good promo. Using the eye and ear test, it can feel like Ronda Rousey would rather not. In other words, It is not that she can’t talk but body language shows she likely is most comfortable not having to speak often. 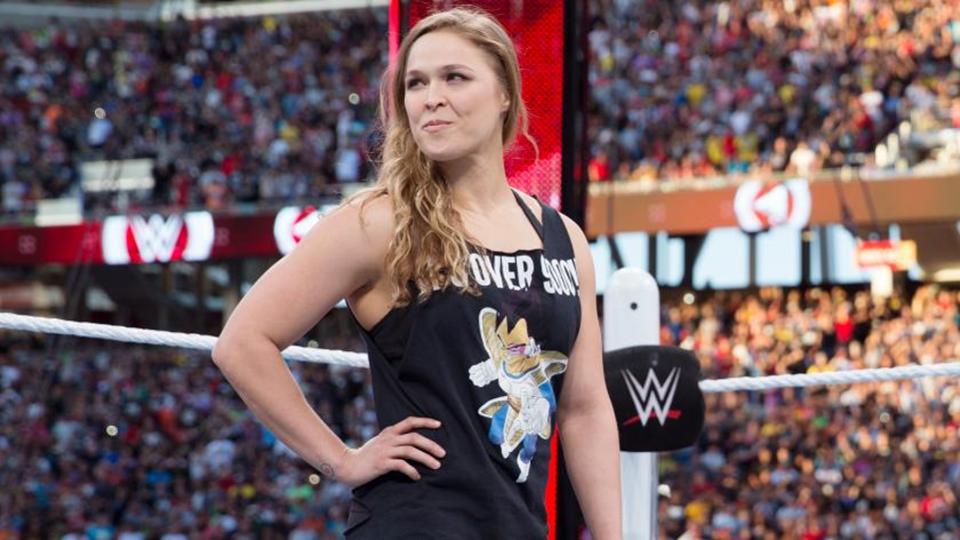 The former UFC champion had her WWE debut alongside another former Olympian. The multi-time WWE Champion Kurt Angle would make sense as a manager that does all the heavy lifting verbally, while Ronda dominates physically. Perhaps it is a matter of timing or the stars not aligning but WWE has not attempted to utilize a guy like Kurt Angle’s gifts on the microphone. Throughout Angle’s career, he has shown a tremendous amount of range. He can cut a villain promo. he can cut a hero promo. He can make you laugh both at him and with him.

Some can’t help but feel Kurt still has unfinished business in WWE. This is no knock on Corbin as a talent but in the last moments of Kurt’s career, he was getting squashed by a wrestler that is not on his level name value-wise. Angle is obviously not in his prime, so contributing to a managerial role that can maybe grow into the occasional match(if it is safe) would allow Kurt to do something more valuable.

Kurt Angle would take a huge load off of Ronda, which can take her to a whole new level. Especially if she were to turn full-time heel. It’d be such a fresh dynamic because viewers have not seen Kurt Angle leaning into heel tactics on WWE TV in such a long time. This would ultimately be about maximizing Ronda’s strengths and minimizing her weaknesses. This can give the audience a whole new character to invest in. Oh it’s true, it’s damn true