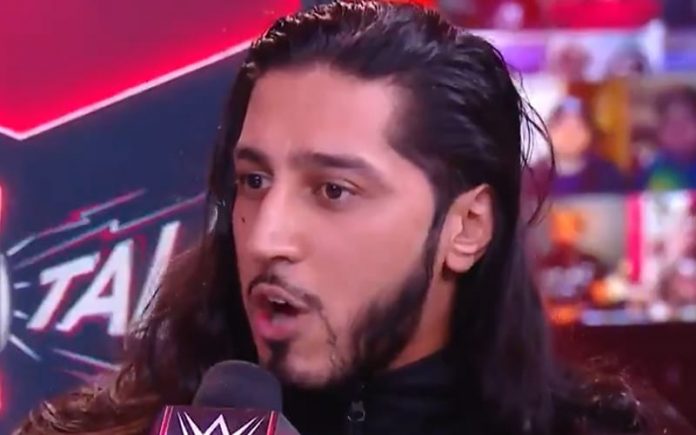 Mustafa Ali wrote on his social media accounts in early 2022 that he was requesting his release from WWE, but the company refused. Ali finally made a comeback on WWE television.

After a reported disagreement with Vince McMahon over his creative direction, he was removed from WWE television. Ali requested a week off for the birth of his child last year, but despite his willingness to work, he was kept off the air for two months.

Mustafa Ali appeared on WWE After The Bell with Corey Graves to talk about various topics, including his issues with WWE earlier this year and why he went public with his WWE issues. Here are the highlights:

Why he chose to air his dissatisfaction with WWE publicly:

“I believe private conversations are meant to be private. The reason it went public is because that private conversation went nowhere. So anyone that truly knows me, and I know there’s a portion of the audience that was like, ‘How unprofessional’, but anyone that’s ever worked with me or dealt with me as a human being knows how much I love this place, how much I love sports entertainment, and how much I love wrestling. This is the only thing I ever want to do. For me to even get to that point, that’s the issue. Everyone’s judging the action. They’re not judging the intention behind the action. Corey, you know me. Imagine how much it would take for me to try to leave. So I think that’s the conversation. That’s the hot topic. There’s situations that I can’t publicly discuss, but that’s what I would want to say about that whole issue. The only reason it got to that point was because there was no other option. It’s incredible the things that you’ll do when you’re back is against the wall and you’re fighting for survival. I wouldn’t have done something unless I believed in it, I still stand by that choice. I did what I had to do.”

What he learned about this situation:

“The reality of it is I’ve just realized my problem was that I care too much. I’m this super passionate guy. I’m the guy that goes, ‘Oh, we can make this guy look even bigger if we shot it this way. And what about this?’ I’m like the mad scientist sometimes. The majority of the guys that I get to perform with, they’re kind of like, ‘So what are we doing?’ That’s the trust level I have now with the performers and the producers. So when you have this super passionate guy that just feels like he’s running into wall after wall after wall, the sad reality is, and it’s probably not something I should say, but I’ve just controlled my passion now. I’m just like, ‘Ok.’”