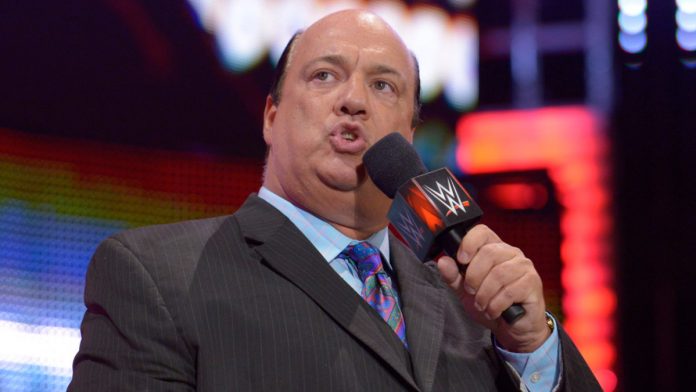 The news made the rounds online that Paul Heyman, the special council for Roman Reigns, confirmed that he re-signed with the WWE last year for another long-term agreement with the organization. The confirmation itself shouldn’t be all that surprising, considering that even when Heyman was on shaky ground with the sports entertainment empire, he was usually kept under some type of deal to more or less prevent him from working anywhere else.

And that was the smart move.

The former leader of Extreme Championship Wrestling made his mark in the earlier stages of his career by standing ahead of the curve, and thus today he can integrate the old school elements of professional wrestling that were staples of the industry with the corporate sports entertainment environment of today to provide some of the most compelling television of the modern era.

That is a skill that is often either minimal or sometimes nonexistent in the technology age where the vast majority of the viewing audience is conditioned to consume information in 280 characters or less without the attention span to let the story unfolded.

The WWE essentially erased the role of a manager more than two decades ago and it was even longer than that when managers were given the opportunity to present themselves with a prestigious level of cache. The Grand Wizard assisted “Superstar” Billy Graham when he battled Bruno Sammartino for the WWWF championship because the real-life Ernie Roth had a persona that was associated with major talents that he sold to the public on television. Bobby “The Brain” Heenan provided an instant stamp of approval on his wrestlers that he took to ringside because it gave the audience an indication that they were watching a potential star. The fact that Heenan was the greatest manager of all-time and so entertaining in every aspect of the industry is what gave him that type of credibility. The reason behind why managers were basically phased out for many year is, similar to today, when the dynamics of the business shifted in the late-90s when merchandise became such a big piece of the pie when pro wrestling was pop culture, the focus was always on those that could sell that merchandise. Managers sold angles, not t-shirts so when the box office was the primary revenue stream for promotions, the managers had a more integral role in the grand scheme of things. When wrestling t-shirts, mugs, and hats were more common in retail stores, putting the manager front and center wasn’t the corporate business strategy.

But, that’s not forget that the presence and endorsement of a manager is ultimately a level of credibility for a performer or angle.

Vince McMahon might not want to admit this, particularly when the temporary unification bout is being promoted as “the biggest Wrestlemania match of all time” but Roman Reigns vs. Brock Lesnar is a recycled match that was booked several times already. Sure, it will probably be a very solid main event, but the same could be said for their previous Wrestlemania or other pay-per-view bouts. In many ways, Paul Heyman’s mic work is what freshened this feud up so that the publicly-traded corporation could get another run with it at the top of the card. Heyman is the glue that allowed for a new coat of paint to be put on an otherwise “been there, don’t that” scenario.

Heyman, who was the head writer for a brief time for Raw a few years ago, remains under contract to the WWE because of not only his ability on the mic, but his skill set to develop talent, something that he was known for as far back as his ECW tenure. Granted, nobody that was put in the position as the head writer of Vince McMahon’s shows had much of a chance at success, which is why Heyman was eventually moved to strictly an on-screen talent, and Eric Bischoff barely had a cup of coffee as the head of creative on Smackdown. Those are Vince’s shows and the bottom line is, Vince ultimately decides what makes it to the air. Heyman could’ve had the best angles in the history of the business in mind for a certain talent, but if it’s not who Vince thinks can be a star then Heyman’s plans are irrelevant. While there might not be a role for Heyman to write an entire show or determine the direction of the product, the fact that he’s under the WWE umbrella makes him an asset to the younger talent that the company tries to develop, an aspect that is underscored when 57-year-old Stone Cold Steve Austin is being promoted in a main event spot to sell tickets to the stadium event. Plus, you often hear that Heyman works on the segments with Brock Lesnar and Roman Reigns so it should be no surprise that Roman is doing the best work of his career with Heyman alongside him.

Sure, some will cite this as a way to keep Heyman from negotiating with All Elite Wrestling and while that might technically be true, I don’t think it really played a role in his new contract. Paul Heyman is in a comfortable spot, making big money, and working with the main event. What else would someone want from their deal? In many ways, the run with Brock and Roman over the past several years was the legacy work of his career because he recaptured the credibility of a manager, by wisely referring to him as anything but a manager, and cut the best promos in the business for the main event angles. This isn’t meant as a knock on anyone of the current generation, but it speaks volumes to the skills that are sharpened in an environment where not every word had to be meticulously scripted by 38 writers because Heyman’s foundation for promos was honed in the old school “talk them into the building” so his mic work connects with the audience. The audience believes what the advocate for the WWE champion tells them is important because Heyman sounds like he believes it himself. It’s more of a confirmation on the mic than a sales pitch to the crowd, which is how you actually draw money with promos. Granted, the WWE is more or less on autopilot for the next few years because the massive TV deals and the major Peacock deal provide record-setting profits with guaranteed money. Technically, it doesn’t matter how many viewers there are for Wrestlemania because the company gets paid the same amount of money from Peacock, but it should be noted that the mic work of Paul Heyman is a major reason why another Brock Lesnar vs. Roman Reigns match can be the main event for the company. 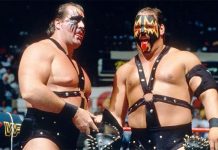 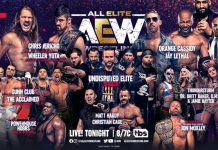