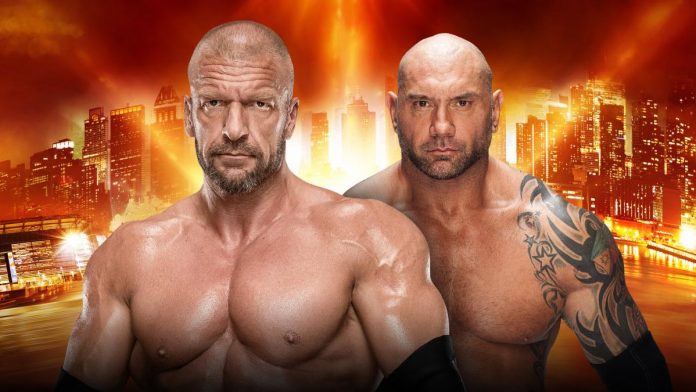 During an appearance on Lilian Garcia’s podcast, Dave Batista explained why Triple H was his final opponent:

“I felt like my career really got started when I started working with Triple H. I never have been around the bush about it, Hunter made me a star,” admitted Batista. “He put a lot of stock into me. He invested a lot into me and put himself on the line physically for me. Not only did he put me over three times clean in the ring to make me a star, but also took the time to have me ride with him and have me pick his brain. He just groomed me to be a star in that company, so I wanted to finish out my career for him by just saying thank you to go out laying on my back for the guy.

That is what I have always believed. It is the old school belief that I have, when you go out you go out on your back. If you go out and build a star do that, and obviously Hunter is already a star, but I wanted my last match to be with him on my back, because that is literally the only way that I can thank him.”

Listen to “Dave Bautista – The Need For Closure and Showing Vulnerability” on Spreaker.