Wrestlemania 36 was taped at the WWE Performance Center earlier this week, but the main event contest was changed, as Roman Reigns, who was booked to challenge Bill Goldberg for the Universal Championship declined to participate because of concerns about the corona virus situation. All things considered, it’s absolutely the right move because Reigns is more at risk for the virus because of his leukemia treatment in the past. Reportedly, along with the WM matches that were taped, several episodes of television were taped as well because of new limits to the amount of people that can gather within an area an a “stay home” order for the county where the performance center is located will go into affect this week. There were already concerns about illness on the WWE roster, as both Rey Mysterio and Dana Brook were replaced on the card since there were quarantined as a precaution after they had an illness. The Miz also didn’t work the tapings because of an illness, and Andrade was injured on Raw so he wasn’t scheduled for the event.

That being said, it probably won’t actually make much a difference that Roman isn’t on the card.

Don’t get me wrong, that’s not a jab a Reigns, because even though I don’t think his continued mega push is justified, he undoubtedly has a fan base among the WWE audience, but rather that I don’t think anyone involved in this year’s Wrestlemania is going to get over. In many respects, these events are only Wrestlemania in name, which again highlights the point that I discussed in an article earlier this week. Without all the smoke and mirrors that usually go along with the promotional push for WM, this card was exposed for a rather flat show that doesn’t necessarily have an “in demand” match to sell it. Proof of that is the rather scrambled booking even before the corona virus cancelled many sports. Obviously, management isn’t building around 53-year-old Goldberg so this was going to be yet another title win for Roman at Wrestlemania, which is fine because he’s still the top star the publicly traded corporation is going to build around, but Roman winning a relatively short match without any crowd reaction doesn’t give WWE brass the moment they are looking for here. Keep in mind, the entire basis of a Goldberg bout, especially at this point in his career is based on the tremendous crowd response he can generate so how exactly is a Roman victory in an empty building going to be presented as a “passing of the torch” type of moment?

If anything, delaying the eventual Reigns win for the belt will give him a better chance to finally get over on a long term basis because there would be some type of atmosphere for the match. I don’t think anyone on the event is truly going to get over, including Drew McIntyre if he defeats Brock Lesnar. Again, Drew has potential, but what type of historic moment can be immortalized on the WWE Network when the bell rings on a title win without any reaction? If Drew wins the belt, is the image of him posing on the ropes in an empty building something that will get him over as a top star?

As of this writing, spoilers for the events, which will include matches filmed from different locations, haven’t been reported online. Considering that only a limited number of people were in the building, it’s very possible that the results of the matches won’t be leaked, but The Wrestling Observer’s Dave Meltzer speculated that Braun Strowman might be the replacement for the Universal Championship match. If Braun does challenge Goldberg, I’d still say that Goldberg doesn’t drop the belt even though his reign was designed to be a short run. Similar to the McIntyre situation, despite that Braun was considered by many to have main event potential a few years ago, winning the world championship in an empty building does nothing to truly establish him on the next level. Plus, the combination of subpar booking when he was the most over, and more recently a laundry list of injuries that kept him off TV at various times, Braun isn’t really anywhere near as over now as he was when fans thought he should be scheduled for a title match a few years ago.

It’s estimated that there will be at least 15 matches presented over the two day span of Wrestlemania events, but again this is really only the name so that Vince McMahon can say that they still had WM in some form or fashion during a global health crisis. If the Raw and Smackdown shows at the performance Center are any indication of the type of show WM 36 will be then it might be an asterisk in wrestling history because nothing about this show seems like it will be a major moment for the company. In fact, the show going on is literally the only accomplishment from next weekend’s broadcast because the promotion won’t be able to tout another record-setting attendance for the biggest show on the calendar. Since the show was taped on a closed set, they also won’t be able to boast about the economic impact they can bring to the host city of WM, which is a staple of their corporate sales pitch when cities bid to host the event.

So, being replaced on the card is probably better for Roman Reign’s chances of success.

With the lack of live shows or any live sports, the first events back in front of an audience are not only going to be anticipated, but bring with it an energetic environment. If WM was pushed to the Summer Slam spot on the calendar then maybe the event would have a chance of gotten over as a major spectacle, but that simply isn’t a possibility in an empty venue. Furthermore, if Roman Reigns wins the title at the first live Smackdown that has fans in attedence then that would probably be a more memorable moment than a “Wrestlemania moment” in an empty venue. 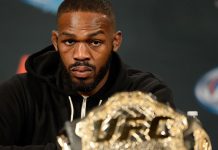 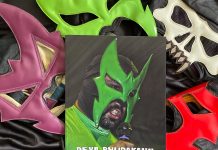