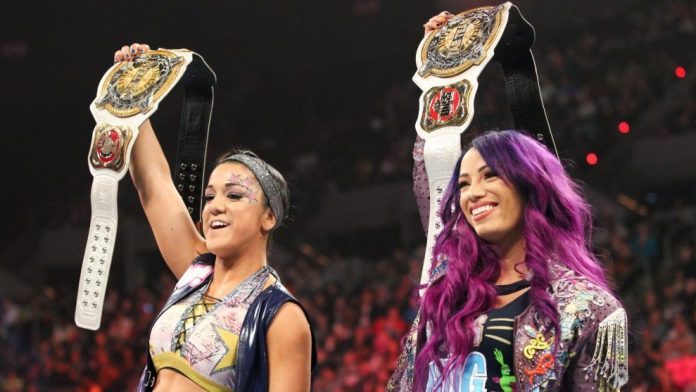 As part of the 2019 WWE Superstar Shake-up, Bayley joined SmackDown LIVE last Tuesday, thus disbanding her tag team with Sasha Banks. During an in-ring confrontation with SmackDown Women’s Champion Becky Lynch, she revealed her intention to pursue the title since she’s now a singles competitor.

According to Dave Meltzer in the Wrestling Observer Newsletter, the one and only reason for The Boss ‘n’ Hug Connection splitting up is because WWE officials wanted to shift Bayley over to SmackDown LIVE as a singles competitor.

This move had planned for some time but kept secret until whenever they told Bayley to stay an extra day in Montreal, Quebec, Canada (the site of both nights of the Superstar Shake-up).

Meltzer also noted that Banks will remain on Raw if and she when returns from her self-appointed hiatus.