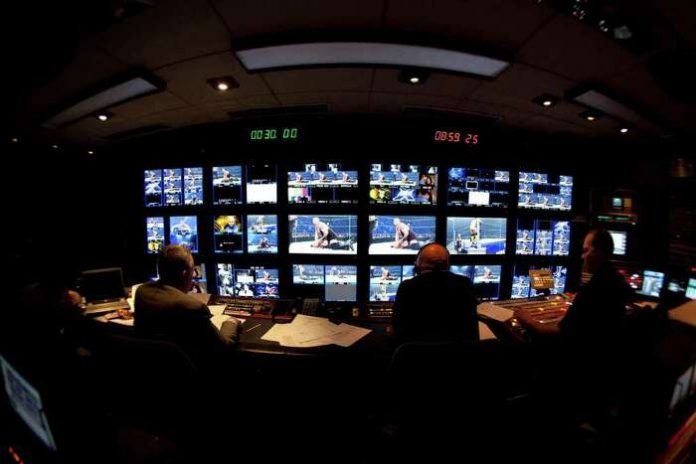 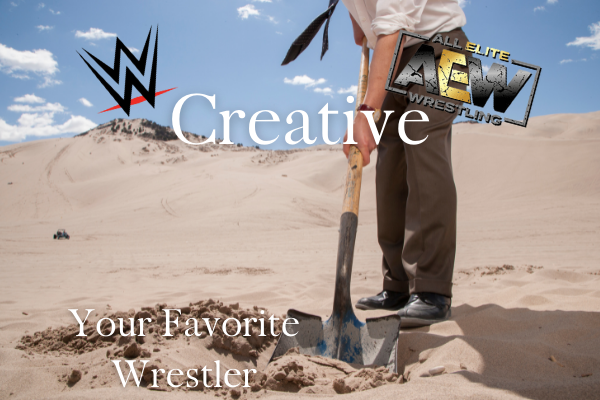 In many ways, the internet has both simultaneously saved, and destroyed, professional wrestling. Now, more than ever, fans have access to global content. From foreign products like New Japan to AAA, to smaller Indies like GCW and PWG; any wrestling fan can have their fill.  The internet is largely to thank for this.

However, not far behind the evolution of wrestling media are a slew of uninformed fans. These are fans who so badly want to participate in the larger internet wrestling community, but do so embarrassingly. From creating troll accounts, to displaying a mind-numbing overestimation of their own wrestling knowledge, these fans just make pro wrestling look bad.

An example of this is one term that gets thrown around a lot by fans, and this word is “buried”.

Did you favorite up-and-coming wrestler lose to an established veteran? Buried. Did the wrestler you think deserved a championship lose their match? Buried. Was a wrestler you like left off a show for one week? Clearly, buried.

These fans need to stop using this term without fully understanding what it means. Before digging in, I want to point out a quote from wresting legend Lance Storm:

“Something that I find so annoying, the ‘You deserve it’ and the fans that want everybody to get the top push and it’s just not the way this business works. And it shouldn’t be. You can’t make every single person the top guy and there is no shame in being a well-utilised middle guy.”

What some fans fail to understand that while burials do exist, it’s not very common.

In short, a talent is buried due to punishment from higher-ups. If it’s not due to that, it’s often a part of a storyline. A recent example of this is Thunder Rosa’s loss to Britt Baker at AEW Revolution. Many fans used the “buried” terminology here, when in reality, Tony Khan just wanted to save her win at St. Patrick’s Day Slam a little over a week later in Thunder Rosa’s hometown.

Head further back to “Hangman” Adam Page’s loss to Chris Jericho for the AEW World Championship at All Out 2019. In this case, the veteran got the win over the young up-and-coming star. As a result, this would lead to a long and hard road for Page, which led him to finally capturing the gold from former tag partner Kenny Omega at Full Gear 2021.

There are countless examples of this.

More so, no fan is there behind the scenes at creative meetings. It’s NOT likely that on the agenda is the item: ‘Wrestlers to be buried this week. ‘ – A wrestler is given a match, a plan, and  discussion ends there.

However, there are real-life examples of burials…

As mentioned, usually you are getting “punished” for legitimate burials. It doesn’t mean they’re justified, but have some real-life applications. Here are some examples of times this has truly happened:

–Lita received an embarrassing goodbye after deciding to leave the company in 2006. After being surrounded in controversy for being an adult, and making adult decisions with her involvement in a real-life love triangle with Adam Copeland (Edge) and Matt Hardy; the fans largely turned against her. WWE management ran with this by casting her as a jezebel. After losing her last match and giving an emotional in-ring retirement speech to a live audience, Cryme Tyme would pop out to sell her personal feminine and hygiene products to fans (and JBL). Why? Probably because it was “such good shit…”

-D’Lo Brown was buried after a botched powerbomb to Darren ‘Droz” Drozdov, which would leave him paralyzed for life. The former European and Intercontinental Champion would never rebound from this, and has even said that he understands his own burial in this case.

–Perry Saturn was buried after losing his temper in a real-life beatdown of rookie Mike Bell during a television taping. His punishment was “moppy”. Saturn was really never taken seriously after that.

–Matt Cardona and Miro (Zach Ryder and Rusev) have both had notorious burials for simply getting themselves over. Through 2011-12, Z! True Long Island Story was a YouTube hit with wrestling fans, and Cardona’s popularity grew. Ryder’s eventual reward was getting thrown off-stage by Kane in a wheelchair. As for Rusev Day — we all know how that unfortunately ended.

Wrestlers who attempt to get themselves over rarely fair well with Vince McMahon, even if you’re Bryan Danielson.

Speaking of whom, Danielson would simply be let go from the company after using a tie to choke out announcer Justin Roberts during a 2010 Nexus invasion segment.

Lars Sullivan would fall out of favor and eventually be let go due to a controversial past, as well as homophobic remarks.

Jaxson Ryker would fall out of favor and eventually be let go due to his controversial support of then President Donald Trump. Most recently, Nash Carter was let go not so much because of his alleged domestic abuse towards Kimber Lee, but a picture of him that resurfaced of him essentially cosplaying as Hitler.

From Velveteen Dream to Jimmy Havoc, most wrestling burials these days simply come in the form of a pink slip. 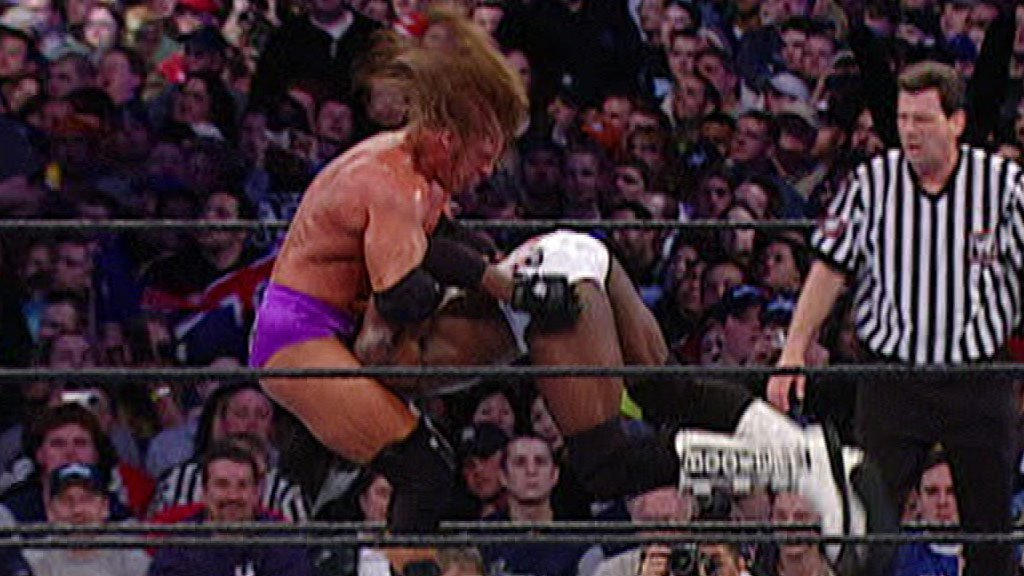 “It was a built-in story there as well you know. So many people, even office guys said, ’Man book, you should have won that night man, you should’ve won man’.”  – Booker T

WrestleMania 19. Yes, that match. After Triple H made multiple racist comments towards Booker T during in-ring promos, it was pretty clear who the hero would triumph over in this match. Black Americans have been at the blunt end of institutional oppression for hundreds of years at this point, and for the most part, still are.

…What do you mean Booker T lost?

Even this match, as hard as it was to not see it as a burial, really wasn’t. McMahon just didn’t see Booker T as World Championship material, which Booker T would easily later prove otherwise.

Booker T should have won this match and had his WrestleMania moment. Instead we got the slowest Pedigree-to-pinfall in wrestling history.

This was bad booking, though, not a burial.

In a lot of ways, bad booking is worse. Booking professional wrestling is not that hard. You take an intriguing character, you create a conflict with another character to develop a heel/face – hero/villain dynamic, and create chapters that see an eventual finishing arc to the story.

In the case of AEW, Khan likes to slow-burn his storytelling; sometimes for years. WWE usually offers quick and dirty storylines, which hopefully no talents get released in the middle of. Sometimes, even, the story just stops without question. Yes, this happens.

Bottom line: Most times you have to let things play out before calling it a case of bad booking, or even a burial. Let’s face it; it’s going to be a nonsensical booking mess 9 times out of 10, rather than a “burial”.

Everyone Has a Role

Like a cast in a musical, everyone has a role to play.  Sometimes you just need life-long mid-carders, and that’s okay. Let’s talk about Allie “The Bunny”.

Everyone loves The Bunny. She has a fun and dark character, and is an in-ring veteran. Her vlogs are fun, fans pay attention when she’s in the ring, and if you’re a WWE fan, she’s what Liv Morgan could be if she actually had a crafted personality and gimmick (seriously, Morgan is just a poor-woman’s Allie).

However, she just isn’t main event material. She serves extremely well as a gatekeeper of sorts for rising future main event talent; a mid-level boss if you will.

There are a lot of these talents in both major promotions, and they may never win a championship. I’m a fan of The Bunny, and I find this to be completely fine, and it just comes with the territory that is professional wrestling.

Many would be best not to mistake a burial for a talent simply filling the role of how creative sees them.

“I’ve missed more than 9,000 shots in my career. I’ve lost almost 300 games. Twenty-six times I’ve been trusted to take the game-winning shot and missed. I’ve failed over and over and over again in my life. And that is why I succeed.” – Michael Jordan

In sports, sometimes teams lose. It’s as simple as that. We expect our new stars to keep winning and winning, but if professional wrestling, even if pre-determined, is supposed to represent a sport, then there must be losers.

You can’t protect everyone, and if your favorite talent has a good showing, then that’s about all you can ask for. This doesn’t excuse start-stop pushes, or crappy booking, but a wrestler simply losing a match doesn’t mean it’s a burial.

Everyone loses at one point or another. It’s a part of professional sports just as it is professional wrestling.

Bad booking inevitably exists, as both promotions won’t get it right 100% of the time. But just because Khan or McMahon doesn’t see the same greatness in your favorite wrestler as you do, doesn’t mean they’re getting buried.

Often times, they’re either serving a specific role, or part of a larger story. In addition, they may just be out there as athletes to compete in a wrestling match — and lose.

There are smart ways to critique wresting storytelling. In most cases, it’s a lack of character motive, story continuity, or believability on behalf of a talent. It could be a random gimmick or name change, a start-stop push, or a rushed heel turn. It may even be poor in-ring promos, daftly executed segments, and just bad wrestling.

There are a plethora of ways to deconstruct just how bad a storyline can be in either promotion — but this rarely involves a legitimate burial.

The next time you think a talent is getting buried — take a beat. It probably isn’t what you think.