After much unnecessarily complicated legal jargon, it was ruled in a Nashville courtroom this week that Billy Corgan’s request for an injunction to prevent a major shift in the ownership of Impact Ventures, the company he’s the president of, was invalid so Dixie Carter can now sell a majority share to Anthem Entertainment, the parent company of the Fight Network, which is based in Canada.

According to the proceedings, Corgan invested $1.8 million for what equates to 36% of the company, a share that Anthem is willing to buy from him to get him to leave the company. Legal posturing aside, Corgan’s attorney presented a case that claimed TNA was insolvent, and had the injunction been granted, the path could’ve technically been cleared for the the leader singer of Smashing Pumpkins to take over the promotion. Since there were offers to buy TNA, that “technically” proves it has value and therefore not insolvent so the court denied the injunction, which will allow Anthem to purchase almost the entire stock in TNA. There was also the hurdle of Tennessee law that would’ve prevented Corgan from taking over even if the organization was proven to be insolvent after he invested.

First of all, Billy Corgan really got shafted here and as I wrote previously, it appears as though Dixie just wanted someone to pick up the tab for her vanity project without any intention of actually selling to him. Again, it doesn’t speak well to the character of Dixie Carter when one of her few allies that attempted to help Impact Wrestling was basically swerved and it had to result in a lawsuit. It’s disappointing that someone with the passion and dedication to the sport with good intentions such as Corgan got swerved by Dixie. During the court hearing earlier this week, Corgan wasn’t there, but his attorney presented his side of the case. However, Dixie Carter made an appearance in court. Of course she did because Dixie wouldn’t miss a chance to be seen in public, which is the entire point of her vanity project. Her father Bob Carter, owner of the billion dollar Panda Energy company, bought her a wrestling company so she could play TV star, which she did often.

Adding to this bizarre situation, Anthem Entertainment sent a press release after the court decision and specifically said that Billy Corgan was no longer involved with the company, but the musician responded, saying that he hasn’t been paid the money that he’s owed yet. Keep in mind, Corgan is still a legitimate investor and still owns stock in the promotion so he can’t be forced to leave. There seems to be two main options for Corgan, he could stick around as a minority shareholder just to prove a point or he could suggest an inflated price if Anthem really wants to buy his stake in the group. Depending on the path he wants to take, Corgan could actually make a profit from this whole debacle. Obviously, it would be his personal decision, but my two cents worth of advice would be for him to get as much cash from Anthem as he can, if they want to pay to clean up Dixie’s mess then let them do it at a premium. Along with paying off Corgan, The Fight Network will have to cover the costs of other recent TNA lawsuits, including American Express, the Audience One production company, and others.

From what’s reported, Anthem would own 95% of the organization and Aroluxe would work for the production staff. As mentioned in the column I penned about the initial lawsuit news, if the Fight Network bought TNA it would further their expansion into the United States, but several questions remain, including what exactly is Anthem Sports going to do with TNA? How exactly is the Fight Network going to make TNA profitable? What are they going to do different than what was already done? Granted, Anthem is worth several million dollars so theoretically, they could fund the company indefinitely without any concern of potential profits, but why buy the company if they are content just to own it? The bottom line of business is to make a profit and even the billion dollar Panda Energy organization eventually stopped funding Dixie Carter so what exactly is Anthem expecting to gain from ownership of Impact Wrestling? The lack of brand identity, revenue streams, no house shows, marginal pay-per-view numbers, and a tainted public perception still exist. Basically, all the same problems will remain with the only difference being the group that covers the expenses. At the same time, you can’t blame the Fight Network for this mess either, they didn’t attempt to swindle Billy Corgan when he originally invested to keep TNA afloat, that was Dixie. The Fight Network is in the television business and are attempting to acquire the second largest pro wrestling company in the United States to continue to provide content for their stations. Regardless of how distant of a second place it might be, TNA is a national promotion and it seems like Anthem thinks there’s a chance it could become profitable in the future. A side note, if the Fight Network gets ripped off on this deal then they will get what they deserve because it’s obvious the type of business person that Carter is from the well documented laundry list of lawsuits.

Since the Anthem press release, Corgan posted a series of tweets that he could sell his stock in the company to an outside bidder without any legal order. That is true, but it’s doubtful that anyone on the outside would want to get involved with the circus surrounding TNA.

Last thing: despite being called a lender by every arm of TNA propaganda I can still convert to 36pct stock or sell option to highest bidder

The only real good news from all of this is that the talented TNA roster will continue to have a job and a national stage to display there skills. Remember the 95% that Anthem Entertainment would own after all the disputes are settled? Dixie Carter will still own 5% of the company and she will still be the chairman. Yes, as insane as it sounds, someone is willing to pay all the lawsuits and expenses, but allow Dixie Carter to stay employed in TNA. It’s a crazy scenario until you consider the two jokers running in the election next week then you can see how easy it would be for an inept person to be the chairman of something as inconsequential as a secondary pro wrestling promotion. 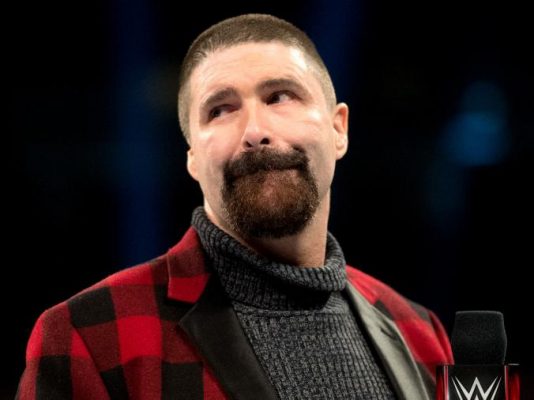 WWE PWMania.com Staff - 07/15/2020
Mick Foley tweeted this week and said what alot of wrestling fans are thinking - will Randy Orton turn on Ric Flair? The turn...

Latest News On Tammy “Sunny” Sytch’s Arrest – Parole Could Be...