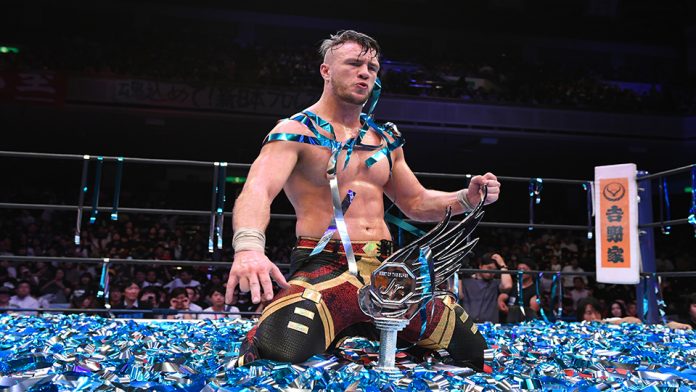 NJPW star Will Ospreay recently did an interview with SEScoops.com and addressed several AEW stars:

“There’s a list that goes on and on and on. They all call me out and there’s a reason why. Because when Big Match Billy is in town, their stock goes up. Everyone that wrestles me – and you can’t deny it – every single person that wrestles me ups their game because they know they’re going to be in the ring with one of the best wrestlers in the world right now. So, I completely understand it. If you guys really want it that bad, you know what to do. You just gotta call my number and I’ll show up. I’ll show up. But 9 times out of 10, these guys don’t want me to show up. Because A, I’ll embarrass them. I’ll embarrass them. Guys like Bryan Danielson made a living being one of the best wrestlers in the world. But if I showed up, he would not last in the ring with me. Kenny Omega was THE guy in New Japan Pro Wrestling. He left. I took over. Nobody could compete with me in 2019. If I got in the ring with him, I’d embarrass him.”

“CM Punk called me out when he wasn’t a wrestler. So in that case, he was keeping an eye on me the entire time, looking at me and thinking I’m a challenge – and damn right, I’m a challenge. I’m THE challenge. So, if those guys want it, I’m ready. But, you guys hit me up. I didn’t hit none of you guys up. Is he [CM Punk] though? He says he’s the best wrestler in the world. When was he saying that, 2011? Was he the best in the world, or was he the best of the bad bunch? Maybe you were the best at that time. Are you the best now? No. You’re nowhere near Will Ospreay’s level. So step up, brother. I’m ready for you.”