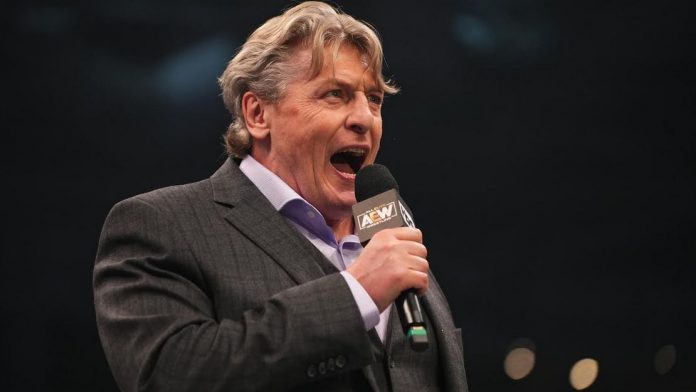 On his Gentleman Villain with William Regal podcast, William Regal covered a wide range of topics. During the podcast Regal discussed the significance of making pins look credible in wrestling matches:

“I’m a pin freak. I like to make my pins look good. I believe pins are the foundation of what we do. We are portraying trained professional fighters with instinct. You know you can beat somebody with a pin,” he began.

Regal went on to say, “One thing I will say, and people can laugh and I don’t care because I think I’ve earned my right to say this, that more people should take notice of the pins. Nobody pulls them up over this stuff.”

“Jim Ross sometimes calls out people on the pins and I will too. If you look back on a lot of my commentary in the early NXT stuff, if I don’t see a correct pin, I’m going to say why. Jim on AEW now will say why. Talent shouldn’t get offended at that. They think he’s burying them. They should look at that and say, ‘Maybe I should tighten my pins a little bit.’ He can’t kill his credibility as an announcer, and I wouldn’t as an announcer, by calling something a great pin when there is nothing covering either shoulder when you’re trying to pin somebody.”

“In a movie, I know a stuntman misses by about six inches when he hits somebody. But if you saw that in the fight scene in the movie, you wouldn’t watch it. You, not doing proper pins on people, that’s basically treating your audience with disrespect in my opinion. So I’m going to leave that and let the people create all kinds of fuss about that and I’m burying people. I’m not.”

(H/T to WrestlingNews.co for the transcription)