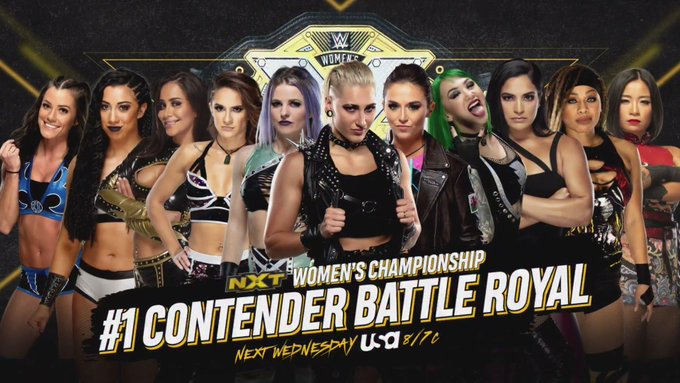 A new #1 contender to WWE NXT Women’s Champion Io Shirai will be crowned during next week’s NXT episode o the USA Network.

Tonight’s NXT episode opened with Shirai defeating Shotzi Blackheart in a non-title match. Blackheart put up a strong effort against Shirai, but came up short. This was not confirmed but it’s likely that the Battle Royal winner will challenge Shirai for her title at the upcoming Takeover special on Sunday, October 4.

NEXT WEDNESDAY at 8/7c on @USA_Network: There will be a No. 1 Contender #BattleRoyal to determine who will challenge @shirai_io for the #WWENXT #WomensTitle! pic.twitter.com/2ElVrzJynU