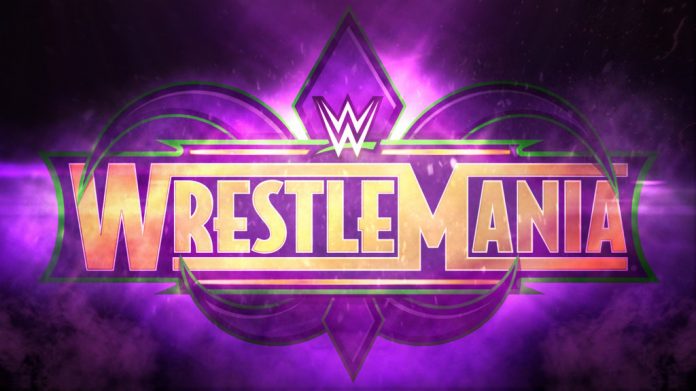 – Courtesy of the WWE 2K18 Creation Suite, above is video of The Shield’s ring entrance. The game hit stores today for Xbox One, Playstation 4, Nintendo Switch and PC. The Shield will return to the ring together at WWE TLC on Sunday as they battle Kane, Braun Strowman, Cesaro, Sheamus and WWE Intercontinental Champion The Miz in a 3-on-5 Tables, Ladders & Chairs Handicap Match.

– WWE sent us the following today:

STAMFORD, Conn.–(BUSINESS WIRE)– WWE® (NYSE: WWE) announced today that tickets to the pop-culture extravaganza, WrestleMania 34, will be available on Friday, November 17 starting at 11 AM ET/10 AM CT. WrestleMania 34 will take place Sunday, April 8, 2018 at the Mercedes-Benz Superdome in New Orleans and will be streamed live around the world on WWE Network.

Ticket prices range from $35 – $1,000. There will also be a limited number of “Gold Circle” VIP Packages available for $2,000. The Gold Circle packages include seating in the first nine rows ringside, access to a Gold Circle VIP Stadium Entrance and a commemorative WrestleMania 34 take-home folding chair. Tickets can be purchased through all Ticketmaster outlets, www.ticketmaster.com or by calling 1-800-745-3000. All tickets are subject to service charges and facility fees.

In addition, WrestleMania 34 Travel Packages, which will include tickets to WrestleMania Week events, will be available Monday, October 30 starting at noon ET at www.wrestlemaniatravel.com. WrestleManiais more than just a one-day event; it is a week-long celebration. In addition to WrestleMania 34, other events include: WrestleMania Axxess®, WWE’s four-day, interactive fan festival at the Ernest N. Morial Convention Center, and four spectacular live events taking place at Smoothie King Center, including the 2018 WWE Hall of Fame Induction Ceremony; NXT® TakeOver®, Monday Night Raw®and SmackDown®Live.

WWE will also host activities designed to give back to the local community during WrestleMania Week including “Be a STAR” anti-bullying rallies, hospital visits and Make-A-Wish events. Additional information on these events will be announced in the future at www.wrestlemania.com.

Over the past ten years, WrestleMania has generated nearly $1 billion in cumulative economic impact for the cities that have hosted the event.

– Below is video of Dolph Ziggler sending a message to Bobby Roode ahead of their Hell In a Cell rematch on tonight’s WWE SmackDown. Ziggler tells Roode to enjoy his 15 minutes of fame because he’s seen 1,000 guys like Roode come, and 1,000 go.

The #ShowOff @HEELZiggler has a message for @REALBobbyRoode ahead of their rematch TONIGHT on #SDLive! pic.twitter.com/lNbVowKT6C

WWE PWMania.com Staff - 02/06/2023
Brock Lesnar will appear on tonight's WWE RAW in Orlando, along with WWE Hall of Famers Edge and Beth Phoenix. Although there is no word...