The “once in a lifetime” match that had a year-long hype behind it was nothing more than a chance to set up another year-long build to the rematch as Wrestlemania 29 found its way to Metlife Stadium, and from a general perspective, this event began to show a pattern of WWE management’s tendency to depend on the past instead of build for the future. Speaking of building for the future, this pay-per-view was the WM debut for Roman Reigns, who later became the most pushed athlete of the current era in the years that followed. Reigns, along with Dean Ambrose and Seth Rollins, quite literally stormed the WWE the previous November at Survivor Series. The trio made an impact and while all three of them had different levels of championship success, as we know, Roman was always the top priority. Being a relatively new stable at the time and more importantly with Reigns as the new star the office wanted to bet on, The Shield defeated The Big Show, Randy Orton, and Sheamus in the opening match. In truth, the opponents could’ve been interchangeable because this was booked as a showcase segment for The Shield, which make sense. At the time time, as I’ve mentioned before, WWE brass either rushed certain talent to the main event too early or didn’t let them truly run with the chance to become an established main event level talent since short title reigns aren’t as effective as an extended run in the main event picture. Sheamus, who had to be repackaged a few year later, won the World Heavyweight title at WM 28, but finds himself in a random six man tag at this event. It’s a drastic comparison, but after they were made top stars, did Austin, The Rock, or Foley work the opening match? Much of the ability to make stars is based on presentation and perception. If someone isn’t presented like a main event star then the audience won’t perceive them as a reason to spend money to watch them. Too often the modern day landscape in WWE has the talented portrayed as interchangeable parts that could be shuffled around to produce the same results, which is true, but the result is a level of complacency among the WWE product because very few athletes get the chance to stand out.

Mark Henry beat Ryback in a match that looked more like a contest from Raw than a bout at WM, but Ryback isn’t exactly known for his quality bouts. Ryback is an odd example of when the WWE machine did everything they could to get him over and a lot of what they did worked, but he eventually floundered because when his weaknesses were exposed in longer matches, his persona became more fluff than ability. Ryback was allowed to look like a monster, even after he spent years toiling in the developmental system so it’s a little puzzling that he seemed to have such sour grapes after his exit from the company. He was given the TV time and the squash matches to showcase himself. Unfortunately, when he had to do more than his standard move set or have to sell, he looked like a discount version of Goldberg.

Kane and Daniel Bryan defeated Dolph Ziggler and Big E in a short, but good match. Since it was brief, there’s not much to say about the in-ring action, but the dynamic between Kane and Bryan is an interesting discussion point. Bryan’s ability in the ring was well-known as being top notch, but the run as a tag team with Kane proved that he could do all the character work too.

How misguided the introduction of Fandango was in the company can be seen with where he is today. Don’t get me wrong, when he’s given the chance, Johnny Curtis shows flashes of brilliance that he can go in the ring, but even years later, there’s still not a complete explanation about why Vince wanted to push a dance character so strong when the gimmick was mostly one dimensional. Beyond the audience singing his song for a few weeks, what was supposed to be the draw to the Fandango character? The match was fine and it made sense for the debuting competitor to get the win, but the reasoning behind the entire push is still a mystery. That being said, in some ways, this angle put Chris Jericho in the role of an older star that was supposed to be used to get someone else over, which is fine in most circumstances, but as Jericho later proved during his feud with Kevin Owens and his current work in AEW, he has more to contribute than just his established name value.

Alberto Del Rio beat Jack Swagger via submission in a solid match, but it was in the middle of the card and it was roughly eight minutes so it didn’t really get a chance to shine the way a world championship match should on this type of stage.

The Undertaker vs. CM Punk match stole the show and in many ways, it was the last great bout The Undertaker had at Wrestlemania, especially when you consider that he got a concussion earlier in the contest the following year when the streak ended, and quite frankly, The Undertaker’s matches at WM just haven’t been the same since the streak was broken because so much of his WM history was built around the streak. While the in-ring action was here, including Punk’s elbow drop from the top rope onto a table when his hip crashed into the edge of the table, and the GTS/tombstone spot, there wasn’t really a moment where it looked like Punk could legitimately break the streak. The reason for it is simply, management didn’t want to fully invest in Punk as a main event talent so it was doubtful they would book him to end one of the most important records in the company’s history.

Brock Lesnar vs. Triple H was a good match, but this was before WWE had Brock inked to a long term deal and he was used more to boost other people than anything else. Since Lesnar has been pushed to an almost ridiculous level the past several years, the fact that he lost the big matches earlier in his return is sometimes forgotten. Let’s not forget that John Cena beat him in 2012 and then Triple H defeated Lesnar here, but is anyone surprised that Triple H got a win against a featured star?

Aside from John Cena getting his win back from the year before, there’s actually not much to say about the main event because it was very similar to the bout from the previous year. Similar to anything else, anything that is promoted as a one-time event will almost always have diminishing returns if it’s done again, which is the same reason why retirement matches draw less if a competitor claims they are going to hang up the boots more than once. While the prior year saw a 20% surge in pay-per-view buys, WM 29 garnered just over a million buys, which is actually the usual buy rate for a WM event so obviously, the “once in a lifetime” match didn’t draw the extra numbers that it did with the original angle. I’ve said it before and I will say it again, when management had to rely on part-time stars to work the main event, it basically says that their current stars don’t have the ability to move the numbers and it’s not an opportunity for a new star to be made in the main event for the company. 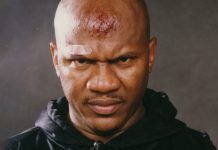 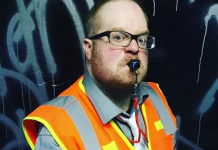