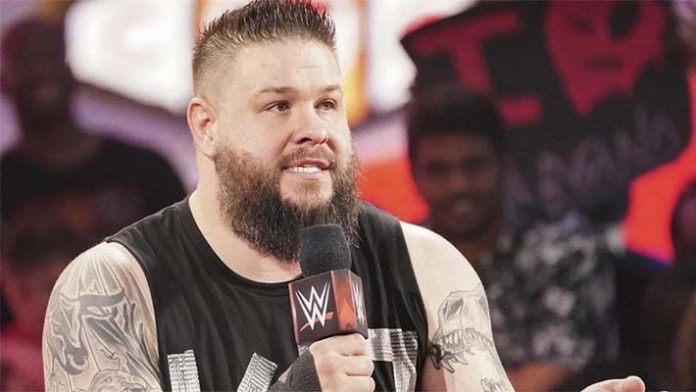 Through the dumpster fire that usually is social media, between the CM Punk debate and arguments about literally everything else possible in the world, I saw an interesting graphic as I scrolled through Twitter. It was 27 years ago last week that the Monday night wars officially kicked off as Raw and Nitro went head-to-head. As we know, Lex Luger left the WWF over night to jump ship to WCW when he walked out unannounced on Nitro’s debut edition. Erich Bischoff, who took over as Executive Vince President of World Championship Wrestling the year prior after a revolving door of figureheads there previous few years, was asked by Ted Turner what the organization had to do to compete with Vince McMahon. Reportedly, Bischoff responded that WCW had to go head-to-head with the WWF, and was given a prime time spot on TNT on Monday nights.

#OnThisDay in 1995: RAW & Nitro aired opposite for the first time. The live Nitro would win the evening with a 2.5 rating to RAW’s 2.2. pic.twitter.com/zlqnbT63oy


Bischoff was smart enough to launch his Monday night show on a week that Raw for preempted by the annual dog show on USA. All these years later, I’m still not sure why a dog pageant was given a prime time spot on Monday nights, especially during a time when pro wrestling set ratings records during that era. Regardless, it gave Bischoff an opening to give the wrestling public an unopposed chance to sample Nitro.

It’s interesting to note that when the two shows aired directly against each other for the first time, Nitro defeated Raw in the ratings with a 2.5 and 2.2 respectively.

To put this in context, this wasn’t during the boom that the Monday night wars became a short time later. After Nitro made its television debut, The Giant fell off Cobo Hall and the yeti attacked Hulk Hogan. The WWF had an aging Nikolai Volkoff used as a part of Ted DiBiase’s Million Dollar Corporation, and King Kong Bundy was brought back for a short stint to attempt to add some level of star power to a business that had fallen into a slump based on the negative press the industry received a few years earlier. Granted, the stars of the 80s were iconic in their heyday, but the point being, the year that Nitro debuted wasn’t exactly a boom period for the business. In fact, if you go back and watch some of those early episodes of Nitro, there are segments that make it almost unbelievable that the same show became the highest rated on cable a little more than a year later. A parade of Dungeon of Doom goons were fed to Hulk Hogan to keep his ego satisfied. Lex was one of the most over performers on the roster in 1997, but just a few months after his memorable Nitro debut, he was somehow booked as a member of the Dungeon of Doom alongside names like The Zodiac and The Shark on Nitro.

But it’s important to remember that the evolution of media and its distribution played a role in all of that as well.

Some lessons for today can be learned from the Monday night wars, both what to do and what pitfalls to avoid. If WWE attempted to recreate the 90s today, it would flop because much of that success was based on the climate of society at the time. Howard Stern had 20 million listeners daily, Marylin Manson sold five million albums, and Jerry Springer had pay-per-view specials. Aside from contemporary programming, the distribution of media is another major factor. One of the main reasons the WWE landed those major TV deals that will generate record-setting profits is because networks are willing to pay big money for live programming to attention to skate around the use of DVR viewing. The advancements in technology that shifted the paradigm of media toward more on-demand consumption of media had a ripple effect across the board because it impacts the avenues of distribution to consumers, both for the content, as well as the ad revenue associated with it.

In some ways, the sports entertainment business is still adjusting to this relatively new media landscape. On one hand, the on-demand concept allowed for the WWE Network set up the foundation for Peacock deal. On the other hand, the countless entertainment options that were made available by those same technological advancements translates to more competition for viewers.

It’s somewhat of a double-edge sword because the level of competition, along with how exposed the business became, it makes you wonder if there’s a ceiling to where the genre can realistically go from here?

Raw, with it’s new philosophy under the Triple H regime, saw a slight increase to just over two million viewers in recent weeks, which is an improvement since the majority of the pandemic era garnered numbers under the two million mark. This past week, Kevin Owens did a tremendous promo that showed what’s possible when the performers are allowed to sound more organic on the show. All Elite Wrestling, regardless of the addition of CM Punk, Adam Cole, Bryan Danielson, and several other former WWE stars, still generates an average of roughly a million viewers for Dynamite.

Is this really the barometer for professional wrestling now?

One of the biggest takeaways from all of this is that being over is much more important than how many stars a match gets. Sure, pro wrestling is subjective so there’s theoretically not a right or wrong answer, but from strictly a business perspective, less people are watching pro wrestling now than any of time in history. Sure, the WWE is making the most profit of all time, but the climate of the television business, not the popularity of sports entertainment made that possible. What happens when WWE brass has to negotiate its next TV deal with the sluggish ratings as its track record? After the Discovery merger, how can Tony Khan ask for an increase in broadcast fees when AEW programming is more or less stagnant in the ratings?

Sep. 4, 1995. WCW Nitro debuts with a nod to the past & a glimpse of the future as Jushin Liger & Brian Pillman resume their groundbreaking rivalry and show off some of the modern jr. style they helped develop that would become a staple of the show’s future success 🔥⚡️ pic.twitter.com/Q6282wsRWY


No, the sky isn’t falling and the business isn’t doomed, but the genre is almost in danger of becoming strictly a niche product that can’t draw the general public. As far as how exposed the industry is now, this is somewhat uncharted territory because even during the boom period of the Attitude era when the audience knew it was show business, at least the tricks of the trade weren’t revealed. There wasn’t such easy access to the stars with social media or several documentaries that discussed the behind-the-scenes aspects of the industry. The Steve Austin shows on the WWE Network are great for purists, but does the casual fan have to hear all the inside scoops on Sami Zayn’s Wrestlemania match? There’s a reason that the nostalgia acts are more popular than the current roster because much of that era still had the aura of larger-than-life star power.

Sabu’s 1995 Nitro debut vs. Alex Wright was such a surreal/awesome spectacle. Felt so chaotic and dramatically different from most of the early Hogan-era WCW that it made you wonder how long the Sabu/WCW relationship would last. 🔥 pic.twitter.com/JRKfECBfGr


During the infamous All Out media scrum, Tony Khan compared himself to Jim Crockett because WWE ran an NXT show on the same day as the AEW pay-per-view. The comparison is laughable, and as mentioned in an article last week, the whole media scrum debacle should be a harsh lesson for Tony to put business ahead of being friends with the roster. By most metrics, the business has improved since 1995, with better athletes and more quality matches. However, the one true measure of success, the amount of fans watching the product that are willing to pay to watch it puts the current shows behind the shows 27 years ago. Could you imagine the reaction if Dynamite drew the same 2.2 that Raw did during its defeat during that first head-to-head competition? It would be major news because the business has consolidated itself as far as options and the amount of viewers it can draw. Again to put it in perspective, during the dying days of WCW, with just the aftermath of the hot period from a few years earlier, Nitro managed to get a 2.6 in 2000. When is the last time that Raw drew a 2.6?

We see so much debate about how many five star matches a particular wrestler had, but nobody stops to think of it from outside of the wrestling bubble. Why are so fewer fans watching today? Perhaps, the best show is the one that can draw on a national level with the most viewers because from a business perspective, you need those viewers to generate the most money possible. Will Ospreay is one of the most talented athletes of his generation and he’s a major star to the New Japan audience because of the style that is popular there, but the harsh reality is that the vast majority of the TBS audience had no idea who he or Aussie Open were, especially since Aussie Open haven’t had nearly the same amount of exposure as Ospreay. That’s not to take away from anyone’s talent, but rather to point out that the six man tag spot fest on Dynamite a few weeks ago didn’t do anything to boost the numbers.

The bottom line is, being over with the general public is the most important aspect for both the WWE and AEW because the ability to draw the causal fans is what allows a company to make the most money possible. The next time there’s a debate about who has more five star matches, some of those that argue about it for consider what the actual goal is of the pro wrestling business.