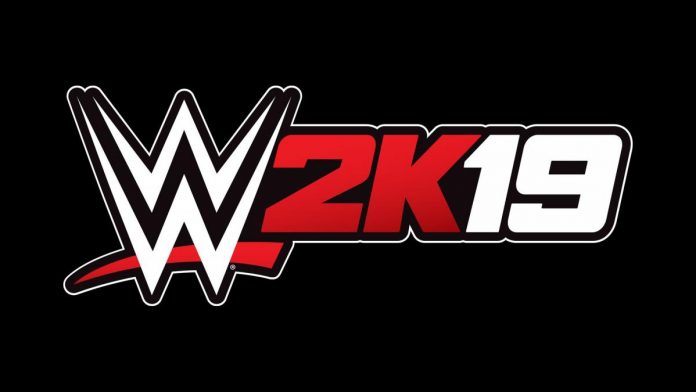 New York, NY – October 5, 2018 – 2K today announced that WWE® 2K19, the newest addition to the flagship WWE video game franchise, is now available worldwide to Early Access customers for the PlayStation®4 computer entertainment system, Xbox One family of devices including the Xbox One X and Windows PC. Delivering a unique mix of authenticity, storytelling and fun, WWE 2K19 showcases a massive roster of popular WWE, NXT and 205 Superstars, as well as WWE Legends and Hall of Famers, engaging WWE gameplay across a variety of match types and options, extensive creation capabilities, fan-favorite modes and much more.

With a ‘Never Say Never’ campaign tagline, we wanted to push the boundaries of game development for WWE 2K19 but also bring innovative storytelling and genuine fun back to the forefront of everything we offer our passionate fans,” said Greg Thomas, President at Visual Concepts. “We’re thrilled to offer our largest roster to date; the return of 2K Showcase featuring WWE Superstar Daniel Bryan; the debut of WWE Towers and fun match settings like Big Head and Block Body; a wide variety of gameplay additions and improvements; as well as best-in-class creation tools and a brand new MyCAREER narrative. There’s truly something for everyone in WWE 2K19.”

§  Selected by WWE Superstar The Miz;

·         Downloadable Content: WWE 2K19 downloadable content offerings are scheduled to include the following items and be available for purchase on the PlayStation™Network for the PS4™ system, Xbox Live online entertainment network from Microsoft for Xbox One and Steam for Windows PC:

§  Players can also decide the overall rankings and attribute levels for all playable characters throughout the life of the product;

§  Players will gain access to unlock and boost MyPlayer ratings and attributes made available at launch as part of the game’s MyCAREER mode;

§  Players can also unlock all clothing made available at launch that provides attribute boosts in MyCAREER;

§  MyPLAYER KickStart will be available for $9.99;

·         Season Pass**: Players may purchase select WWE 2K19 downloadable content at a reduced price point through the game’s Season Pass. For $29.99, a savings of more than 20 percent versus individual content purchases, players will receive the following items as they become available:

Developed collaboratively by Yuke’s and Visual Concepts, a 2K studio, WWE 2K19 is rated “T” for Teen by the ESRB. WWE 2K19 is available now worldwide to Early Access customers for the PS4™ system, Xbox One and Windows PC, with the standard worldwide on-sale for all three platforms beginning October 9, 2018. For more information on WWE 2K19 and 2K, visit wwe.2k.com, become a fan on Facebook, follow the game on Twitter and Instagram using the hashtags #WWE2K19 and #NeverSayNever or subscribe on YouTube. For more information on the WWE 2K19 Million Dollar Challenge, please visit wwe.2k.com/milliondollarchallenge/rules.

All trademarks and copyrights contained herein are the property of their respective holders.

* Open to legal residents of the 50 United States & D.C. (excluding AZ, CT, MD, and ND), Australia, Belgium, Canada (excluding Quebec), France, Germany, Great Britain, Ireland, Mexico, Netherlands, New Zealand, Portugal, Singapore, Spain & Switzerland, who are at least 18 years of age and the age of majority in their state/country/province of residence. WWE 2K19 game and Internet connection are required.Game must be played on Xbox One or PlayStation 4.  Void in AZ, CT, MD, ND, Quebec and where prohibited. Entry begins 12:00:01 AM Eastern Time on October 9, 2018 and ends at 11:59:59 PM Eastern Time on January 31, 2019.  Subject to the Official Rules, which will be posted at wwe.2k.com/milliondollarchallenge/rules. Sponsored by 2K Games, Inc. (“2K”), a wholly owned subsidiary of Take-Two Interactive Software, Inc., 10 Hamilton Landing, Novato, CA 94949, USA. Grand Prize Tournament is expected to take place in NYC on or about April 7, 2019, result will be announced same day. THE ONE MILLION DOLLAR GRAND PRIZE (MINUS APPLICABLE TAXES) WILL ONLY BE AWARDED IF, AND ONLY IF, THE CONTEST WINNER BEATS AJ STYLES IN THE GRAND PRIZE TOURNAMENT IN ACCORDANCE WITH THE OFFICIAL RULES.

WWE, a publicly traded company (NYSE: WWE), is an integrated media organization and recognized leader in global entertainment. The company consists of a portfolio of businesses that create and deliver original content 52 weeks a year to a global audience. WWE is committed to family friendly entertainment on its television programming, pay-per-view, digital media and publishing platforms. WWE’s TV-PG, family-friendly can be seen in more than 800 million homes worldwide in 25 languages. WWE Network, the first-ever 24/7 over-the-top premium network that includes all live pay-per-views, scheduled programming and a massive video-on-demand library, is currently available in more than 180 countries. The company is headquartered in Stamford, Conn., with offices in New York, Los Angeles, London, Mexico City, Mumbai, Shanghai, Singapore, Dubai, Munich and Tokyo.