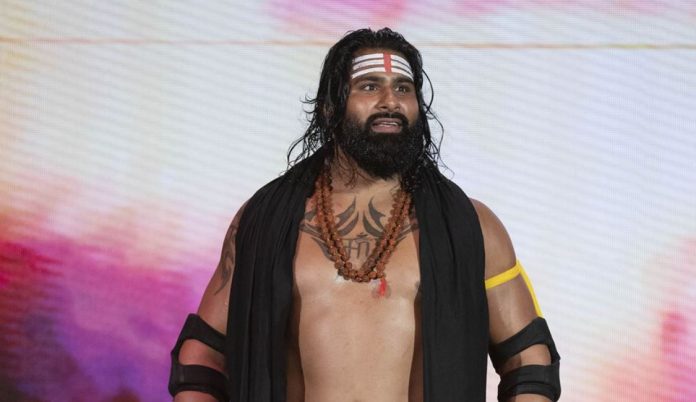 The second post-Draft “coming soon” teaser vignette for Veer aired during tonight’s RAW and revealed that he is now going by Veer Mahaan.

There is no word on the inspiration for Veer’s new last name, but Angel sent word that “Mahaan” is Hindi for “great” or sometimes “great man” and is also the name of a popular action drama movie in India.

Veer, also known as former MLB player Rinku Singh of the “Million Dollar Arm” movie and reality TV show, was signed by WWE in January 2018 after a stint with the Pittsburgh Pirates baseball organization. At one point he was known as Rinku of the WWE NXT tag team Indus Sher, but he was called to the main roster in May of this year to work as Veer, along with Shanky and Jinder Mahal. The stable was split up in the 2021 WWE Draft as Mahal and Shanky were sent to SmackDown, while Veer remained on RAW.

There is no word on when Veer Mahaan will return to red brand action, but WWE noted that his arrival is imminent.

The first “coming soon” vignette for Veer aired last Monday and can be seen below, along with a graphic from this week’s promo.