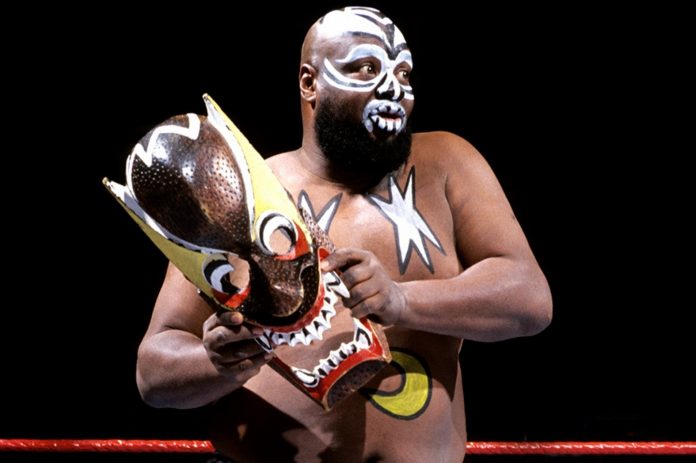 As PWMania.com previously reported, James “Kamala” Harris passed away over the weekend at the age of 70. WWE and AEW have both issued official statements, which you can see below.

It should be noted that #RIPKamala is currently trending on Twitter. That has caused some confusion as the front-runner for Joe Biden’s Vice Presidential pick is California Senator Kamala Harris.

Here is the official WWE.com statement:

“Look back at the memorable career of Kamala, “The Ugandan Giant,” with these classic photos.

WWE is saddened to learn that James Harris, known to WWE fans as Kamala, has passed away at age 70.

Under the frightening face paint of Kamala, the 6-foot-7, 380-pound Harris battled the greatest Superstars in sports-entertainment history, including Hulk Hogan, The Undertaker and Andre the Giant.

He terrorized opponents and thrilled audiences in Mid-South, World Class Championship Wrestling, WCW and WWE until 2006.

WWE extends its condolences to Harris’ family, friends and fans.”

WWE is saddened to learn that James Harris, known to WWE fans as Kamala, has passed away at age 70.https://t.co/d0kGY4GcTO

Look back at the memorable career of Kamala, "The Ugandan Giant," with these classic photos.https://t.co/tEqmciumam

AEW and the wrestling world mourn the passing of wrestling legend James “Kamala” Harris, our thoughts are with his family, his friends and his fans.#RIPKamala pic.twitter.com/kYMMusLJXJ