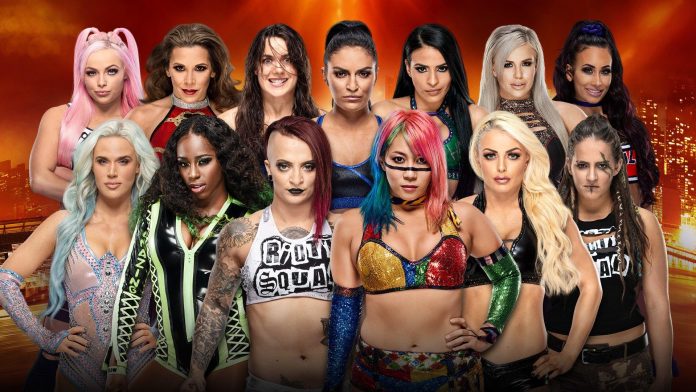 The following 13 Superstars are confirmed for the match so far:

Asuka
Carmella
Dana Brooke
Lana
Liv Morgan
Mandy Rose
Mickie James
Naomi
Nikki Cross
Ruby Riott
Sarah Logan
Sonya Deville
Zelina Vega
The WrestleMania Women’s Battle Royal Match will begin with all participants in the squared circle at the same time. A competitor will be eliminated once they are thrown over the top rope and both of their feet touch the floor. The last woman remaining will be the victor.