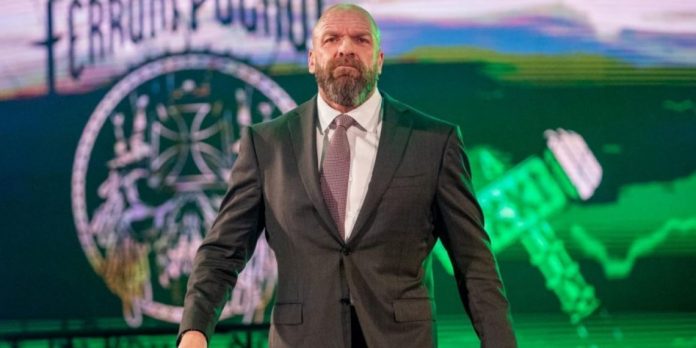 In the past week, there have been some major changes to WWE, Vince McMahon is no longer CEO of the company and most importantly, no longer head of creative. With Vince gone it represents a massive opportunity for massive change within the company creatively. The product has been downright unwatchable at times and with a breath of fresh air, it could be brought back. Here are the things that I think should change.

For a number of years, Triple H would take a talent in NXT and make them into a future centerpiece of the company. While some of them had notoriety in other promotions like TNA, ROH and New Japan, it was still so promising to see the future of WWE being built up.

Then when they get called up to the main roster, it has not been good in recent years, from theme and name changes, to completely ruining a character. It was always clear the creative on the main roster had no idea what to do with them. Now not all of them have had the same fate, Kevin Owens, Matt Riddle, Austin Theory have all done well on the main roster. But there have been far too many names that have either been completely misused or released.

Now with Triple H in charge, we could see more of guys like Ricochet, Nakamura and Bobby Roode. Do they need to be world champions, not necessarily, but they should be used as important figures on the roster.

After Summerslam, we have already seen the impact of the creative change. Bayley returned, then Dakota Kai was introduced, someone who Triple H clearly had a hand in bringing back after she was released months ago. Io Shirai was finally brought up to the main roster, another one Triple H obviously had a hand in bringing up, after many rumours she would be leaving the company.

This is a big one for fans, why WWE has continuously felt the need to either break up tag teams or just not use them makes zero sense. This has to change, there is so much to love about tag team wrestling, the match with The Usos and the Street Profits at Money in the Bank is a perfect example of that, it was a fantastic match.

In terms of tag team wrestling it is hard not to compare with AEW, because look at the plethora of teams over there, some jumped from WWE. The number of teams along with the amount of matches of AEW TV is amazing. Now obviously WWE needs to build a tag division, but they have teams to start with. New Day, Usos, Judgement Day and the Street Profits. With that the Raw and Smackdown divisions need to be merged.

Now I know the women get time on PPV, but this is more directed to the TV time they get on a weekly basis, as well as a lack of direction for the division as a whole. Similar to the tag teams, the divisions need to be merged, for the same reason, there are not enough Women on Raw and Smackdown for separate divisions.

New women need to be built up as well, because it has always been the same thing, Ronda, Becky, Charlotte and Bianca. This is not a knock on any of them, they are fantastic pro wrestlers, but when you only build up 4 women, there is no room for anyone else, it has to change. Liv Morgan has shown a lot of improvement in the past year, Asuka should be taken seriously again, and with a returning Bayley it could give the division some much needed life. They have women, it is time to build the division to where it should be.

As I said before, Bayley, Io Shirai and Dakota Kai are back on TV, and this has given the women’s division a shot in the arm it desperately needed, and this could be the change that is finally going to come.

This one is very simple, there are way too many non-finishes, this has got to stop. Look at AEW, a DQ finish is extremely rare on Dynamite and Rampage. Take a page out of their book, it will help investment in feuds.

Championships should also stop being flip-flopped from person to person, it devalues the titles, this is why the World Titles that Reigns holds seem so prestigious, because look at his reign.

Alright so this one is more based on other things rather than creative but entrance themes need to be better, it is a part of what makes a wrestler interesting, such an important part of the act. Take some of the best themes ever, The Undertaker, Randy Orton and John Cena. They had recognizable themes that you would remember, now it is hard to tell themes apart from one another, with obvious exceptions, Seth Rollins, Roman, Riddle and Cody Rhodes to name a few with truly recognizable themes within the company right now.

Old PPV’s should be brought back, again, like the wrestler themes, this is probably not a Triple H decision. But the point still stands, why not replace an Extreme Rules with a Judgment Day, replace TLC with Armageddon or Hell in a Cell with King of the Ring. Specifically Hell in a Cell and TLC should be replaced, the Hell in a Cell stipulation has lost a lot of luster since it became a PPV.

The PPV calendar should become interesting again, and only to bring out certain stipulations when a feud calls for it, but it’s hard to see this happening.

These are just a few things I think are in need of a change for the product to get better and get where it needs to be. With Triple H as head of creative, I think WWE has potential to change for the better.