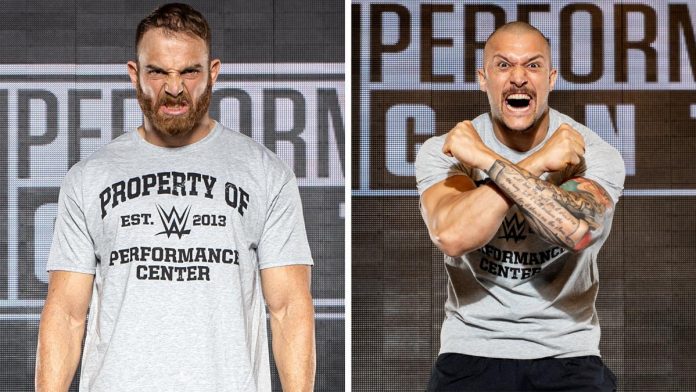 As reported before, it was announced during WWE Backstage on FS1 that WWE has signed two top free agents this week – former Impact Wrestling star Killer Kross and top indie talent Timothy Thatcher.

WWE issued an announcement after Backstage, confirming that Kross and Thatcher have reported to the WWE Performance Center in Orlando.

There’s no word yet on when Kross and Thatcher will begin on WWE NXT, but stay tuned as we will keep you updated.

Below is WWE’s full announcement on the signing, along with photos from the Performance Center:

The newest recruits to report to the WWE Performance Center include two highly touted in-ring competitors.

Timothy Thatcher is a world-renowned mat wrestler widely regarded as one of the toughest grapplers inside the squared circle, and has competed against the likes of Drew McIntyre, NXT North American Champion Keith Lee and Matt Riddle, among others. Thatcher is a former EVOLVE Champion and WXW Unified World Champion. He’s also been a frequent tag team partner of NXT United Kingdom Champion WALTER.

Kevin Kesar, better known as Killer Kross, is a towering competitor at 6-foot-3 and 250 pounds, and has a background in catch wrestling and sambo. Kesar has competed in India and Mexico, and was recognized as a rising star of the squared circle by the revered Cauliflower Alley Club in 2018.

For more info on the WWE PC, visit WWEPerformanceCenter.com.