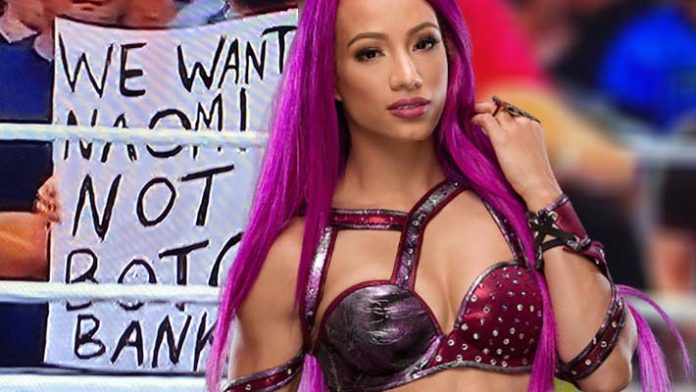 Fans have been bringing signs to wrestling events for years, but one fan decided to be negative during Monday’s WWE RAW.

A fan attended the show with a “we want Naomi not Botcha Banks” sign and showed it from his front row seat during the show.

You were able to see the sign being taken down during a promo segment that featured Asuka, Bianca Belair, and Alexa Bliss to hype their six-woman tag team match at Saturday’s Clash at the Castle event against Bayley, Dakota Kai, and IYO SKY.

As PWMania.com previously reported, Banks and Naomi have come to an agreement to return to the company, with Triple H taking over creative duties.

It is expected that Banks and Naomi will return to WWE in the near future. The fact that the two superstars are now listed once more on WWE’s internal roster is yet another indication that they will be returning to the company very soon.

In the following video clip, you can see a security guard jumping over the barricade and taking the sign away from the fan who was holding it.