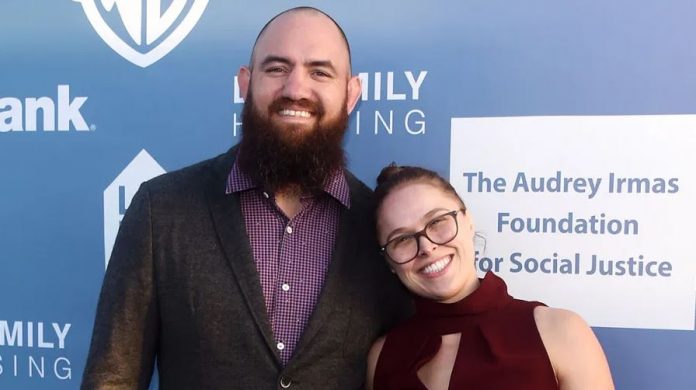 WWE has congratulated Ronda Rousey and Travis Browne on their first pregnancy together.

As PWMania reported earlier today, Rousey released a new YouTube video where she announced that she and Browne are expecting a child in September. Rousey found out about the pregnancy in January. They are promising to reveal more details in the near future, and will be doing a gender reveal.

WWE covered the video announcement on their website and congratulated the couple, writing, “Congratulations to Ronda and Travis on the start of their incredible journey into parenthood!”

Rousey’s pregnancy obviously means she will not be returning to the ring for WWE any time soon. Her original WWE contract expired on April 10. Rousey has been away from WWE since working the WrestleMania 35 main event in 2019, with Becky Lynch and Charlotte Flair, and originally took time away from WWE so that she and Browne could expand their family.